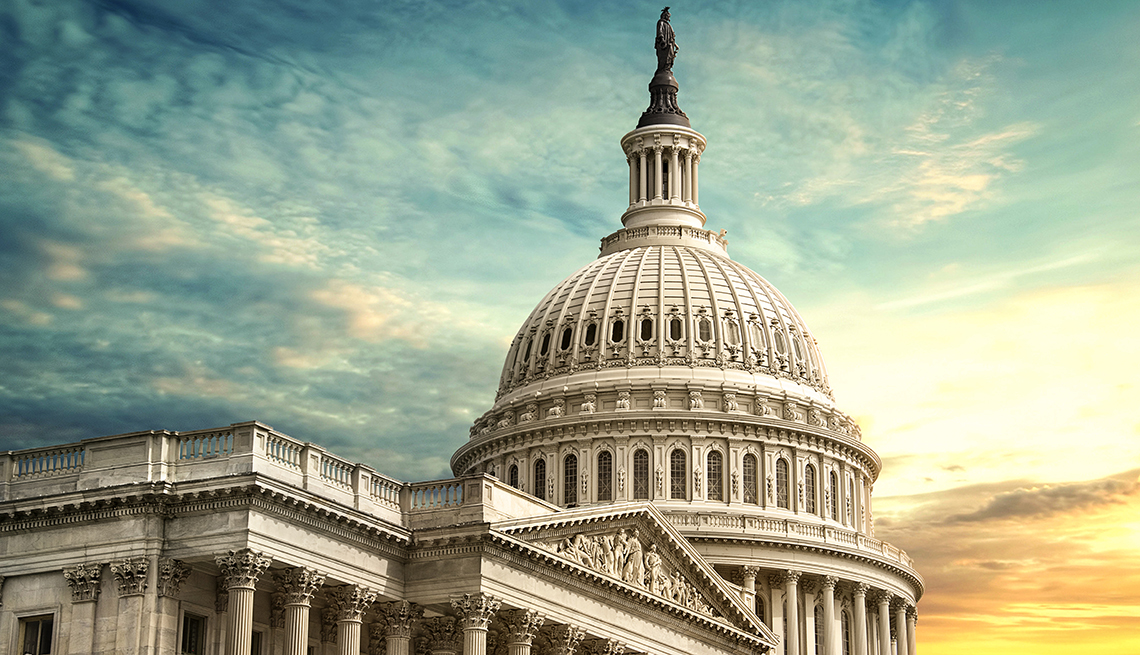 En español | A landmark bill that for the first time would cap out-of-pocket prescription drug costs for Medicare enrollees and direct the federal government to negotiate the price of many high-cost, lifesaving medications passed the U.S. House of Representatives on Thursday.

"This bipartisan legislation is a bold step toward lowering prescription drug prices and out-of-pocket costs for millions of older Americans,” says Nancy LeaMond, AARP executive vice president and chief engagement and advocacy officer, who urged the Senate to act on its legislation. “The president and Congress will need to work together to get this done. Americans are desperate for relief from high prescription drug prices."

The 230-192 vote on the Elijah E. Cummings Lower Drug Costs Now Act was largely along party lines with all Democrats voting yes and all but two Republicans voting no. The measure now goes to the U.S. Senate, where lawmakers are considering their own bipartisan bill to rein in the high cost of prescription drugs, a bill which has White House support.

The most groundbreaking feature of the House-passed legislation would empower the Secretary of Health and Human Services (HHS) to negotiate the price of up to 250 of the most expensive drugs each year. The drugs subject to negotiation would not have generic alternatives.

HHS would also be required to negotiate in the first year the price of insulin, a medication whose cost per patient nearly doubled from 2012 to 2016, according to House leaders. The legislation would help lower prices for non-Medicare enrollees, lawmakers say, because commercial insurers could take advantage of the negotiated prices. The bill the Senate Finance Committee approved does not include the requirement for negotiation of Medicare drug prices.

The House bill would cap at $2,000 the amount of money Part D enrollees would have to pay out-of-pocket annually for their prescription drugs. There is no current limit on how much Medicare beneficiaries must pay for their medications and, according to AARP research, enrollees, on average, take four or five prescription medications each month and have a median income of just over $26,000 a year.

Both House and Senate lawmakers say they want to cap how much Medicare enrollees would have to pay each year for their medications and prevent excessive price increases.

The nonpartisan Congressional Budget Office (CBO) found that the House legislation would save Medicare nearly $500 billion over 10 years. The bill uses those savings to improve Medicare by adding some basic dental, vision and hearing coverage for beneficiaries, benefits that people enrolled in Original Medicare do not now receive. Some Medicare Advantage plan enrollees have coverage for those services. CBO estimates that even after those new benefits are paid for, HR 3 would still save Medicare $5 billion over a decade.

"AARP has long supported closing the gaps in health coverage by including dental, hearing and vision coverage in the Medicare program,” LeaMond said in a letter to House members before the vote. “The lack of coverage for these important health benefits can jeopardize the health of older Americans and drive up health care spending."

Under the House measure, drug manufacturers that raise the prices of their medicines by more than the rate of inflation would have to pay a rebate to the federal government. An AARP report found that in 2017, the average annual retail price increase for brand name, generic and specialty drugs was 4.2 percent — twice the 2.1 percent general rate of inflation that year. The average price increase for a group of widely used brand-name drugs alone was 8.4 percent in 2017. The Senate proposal contains a similar provision.

The House measure also boosts funding for biomedical research at the National Institutes of Health by $10 billion over the next 10 years to invest in innovative research, including efforts to combat resistance to antibiotics and other threats to global health.