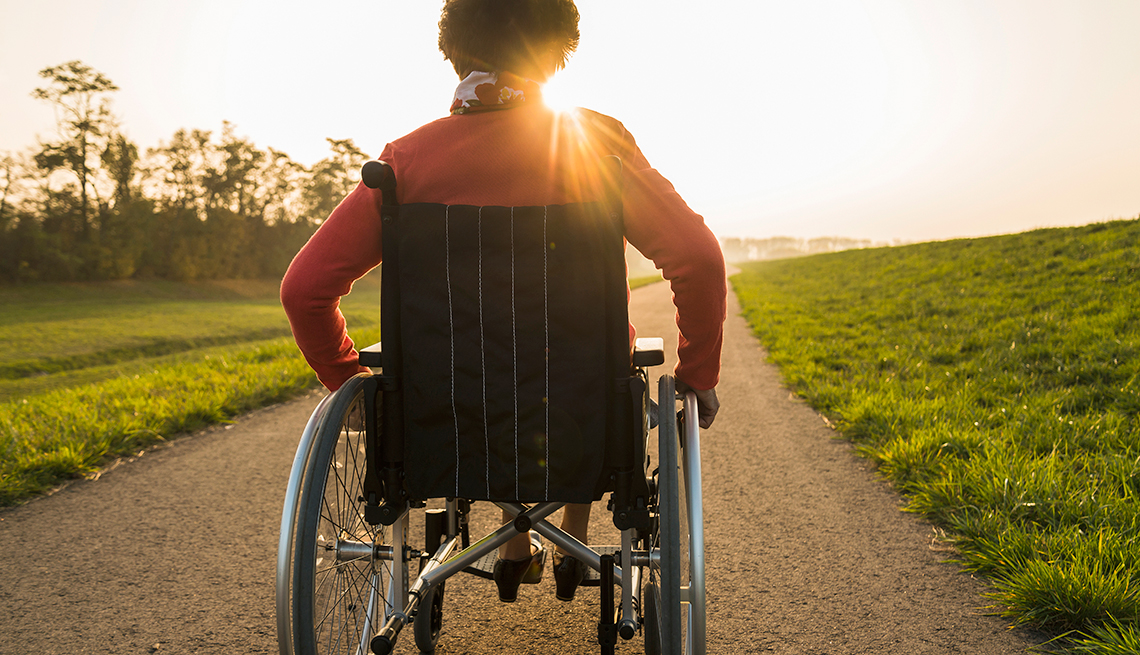 “Banning residents who use wheelchairs to get around their home and their community is blatant discrimination on the basis of disability and a violation of federal law,” says Susan Ann Silverstein, senior attorney at AARP Foundation Litigation.

New York state and four adult care and assisted living homes that are supposed to serve people with disabilities are guilty of discrimination because they ban individuals with wheelchairs, AARP and legal advocates say in a lawsuit filed in federal court.

The lawsuit was filed in the U.S. District Court for the Southern District of New York by AARP Foundation and Mobilization for Justice, a nonprofit legal services group. They went to court on behalf of the Fair Housing Justice Center (FHJC) and a woman who had lived for five years at an adult care home in New York City. This resident, identified in the lawsuit as Jane Doe, was barred from returning to the home after a stay at a rehabilitation facility because she now uses a wheelchair in addition to her walker. Because the adult care home would not let her return, the woman remains in the rehab facility.

The FHJC, which investigates housing discrimination in the New York City area, had received complaints from residents who said the homes discriminated against them because they used wheelchairs. The FHJC then sent individuals posing as family members of older adults seeking assisted living to the adult care homes. In each case, the FHJC investigators found blanket policies against admitting people who needed wheelchairs. Officials at each of those homes steered applicants using wheelchairs to nursing homes.

“Banning residents who use wheelchairs to get around their home and their community is blatant discrimination on the basis of disability and a violation of federal law,” says Susan Ann Silverstein, senior attorney at AARP Foundation Litigation.

The lawsuit challenges 40-year-old New York State Department of Health regulations that say assisted living programs must not serve individuals who are “chronically chairfast.” Those regulations predate federal protections against discrimination on the basis of a disability, including in the Fair Housing Act, the Americans with Disabilities Act (ADA) and the Affordable Care Act. In addition, in 1999 the U.S. Supreme Court ruled that relegating people with certain disabilities to institutional settings violates the ADA.

“The State needs to enact and enforce regulations that promote nondiscrimination in adult care facilities and assisted living programs so that they fully comply with federal civil rights mandates,” Fred Freiberg, executive director of FHJC, said in a news release.

Officials for the state and the adult care homes named in the lawsuit have not yet filed their responses to it and did not respond to requests for comment on the legal action.