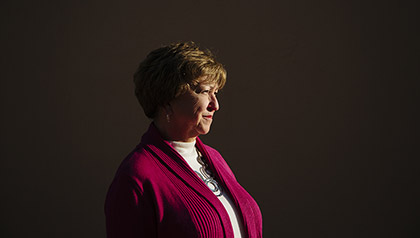 Brenda Hyleman is one of 15 volunteers in the Guardian ad Litem pilot program, which advocates for vulnerable adults in 15 counties. Without reauthorization, the program will end on June 30.

An ailing woman in her 80s was removed from a nursing home by her son, who said he would assume her caretaking duties.

He used her meager income to fund his alcohol and drug habits. When he was arrested, the disabled woman was found abandoned in a home infested with rats.

Although the woman said she wanted to remain at home with her neglectful son, the South Carolina Department of Social Services (DSS) removed her from the home until her care could be resolved.

Maria Patton, director of the state's Vulnerable Adult Guardian ad Litem program, recommended that the woman be placed in a nursing home, and that the location be kept from her son. The courts agreed. The woman was also reunited with the rest of her family, whom the son had alienated.

In another case, volunteer Brenda Hyleman helped place a man in his 50s with a terminal neurological disease in a care facility that allowed him some independence — which he wanted — while receiving assistance. The man had been living in a trailer, but when conditions in his trailer became deplorable, neighbors called DSS.

"There is a group of people who really do need assistance," said Hyle-man, one of 15 volunteers working with the Vulnerable Adult Guardian ad Litem pilot program in 15 South Carolina counties.

"It could be people in your own neighborhood that you don't even realize are having these issues," Hyleman said. "These are middle-class, upper-middle-class families that reach circumstances where they can't carry on … sometimes family members get enmeshed and don't see how bad it is."

It's the role of DSS to remove vulnerable adults from unsafe, neglectful or exploitative situations until a safe and secure environment can be found for them. It's the guardian ad litem volunteers' role to act as advocates during court proceedings that determine whether the person should be returned to the original caretaker, can live independently at home or needs some other environment.

A proposal to use volunteers as guardians was made by a task force after a 2009 state Supreme Court ruling that attorneys would no longer be appointed as guardians in DSS cases involving vulnerable adults. The program is based at the Arnold School of Public Health at the University of South Carolina.

The program began in August 2011 and is scheduled to end after June 2013 if legislation isn't passed to reauthorize it. Supporters, including the University of South Carolina's Office for the Study of Aging and AARP South Carolina, would like to see it reauthorized and expanded statewide.

Next page: Acting as advocates. » 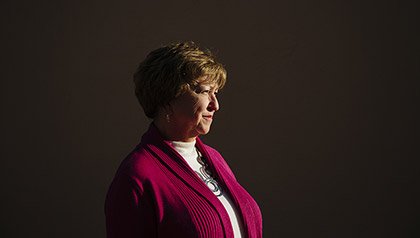 Brenda Hyleman is one of 15 volunteers in the Guardian ad Litem pilot program, which advocates for vulnerable adults in 15 counties. Without reauthorization, the program will end on June 30.

The proposed legislation would house the program under the guardian ad litem program for children.

"It needs some entity that has the resources to recruit, train and maintain a volunteer staff on a statewide basis," said Eddie Weinberg, managing attorney with South Carolina Legal Services, a member of the program's advisory committee and one of its trainers.

Most of the program's volunteers are social workers, although some are involved in other aspects of adult care.

"We had to put a program in place very quickly, and we had no resources to provide extensive training," said Patton. Volunteers receive one day of training.

"The people we're dealing with are the most vulnerable. If they had a support system or family, many would never go into DSS custody," Patton said. "Of course DSS is doing what they think is necessary, but having someone else involved that is impartial and not part of the system … is important. What we are aiming to do is to make a recommendation as to what is in the best interest of the vulnerable adult."

Since the program began, roughly 100 people have been served. If it is reauthorized and expanded, AARP South Carolina expects to help to recruit more volunteer guardians for the program.

Lezlie Patterson is a writer living in Chapin, S.C.

Visit the AARP home page for the latest news and events