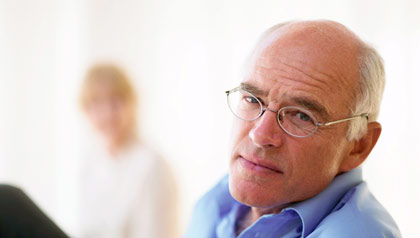 In most AARP surveys members express concerns about health and financial security. And with Nevada’s economy still struggling, you would think AARP members would identify financial concerns as the number one issue in their lives. Not so.

Nevada members told us that staying sharp mentally was in fact their top health concern with some 78 percent identifying brain health as a high priority. Generally staying healthy garnered 77 percent, and having adequate health insurance coverage was 74 percent.

When it came to economic security, only worries about Social Security topped the list concerns at 77 percent. Maintaining finances in retirement, security of retirement plans and financial planning for the future all rated 63 percent or less.

In our last Nevada member opinion survey, fielded in 2006, only 54 percent of members listed staying healthy as a top concern and Social Security was a worry for 47 percent of all respondents.

In the past, we’ve taken your responses to these surveys and developed community outreach activities, legislative positions and other resources in order to meet your expectations of AARP.

Our planning for 2011 and beyond will take your most pressing concerns into consideration as we develop information and resources online and in your communities.

For example, we’ll be working closely with Members of Congress to assure that Federal budget deficit reduction does not come through reductions in Social Security benefits.

You have told us that you’re very concerned (78 percent) about solvency and benefit reductions and we’re listening. There’s a role for you to get involved by calling and emailing your elected officials on Social Security, should you choose to help us with the fight to protect the guaranteed benefits you earned over a lifetime.

And we’ll be at the state capitol working to protect senior programs from budget cuts during a very difficult 2011 state legislative session; which addresses your expressed concerns about state government cutting services while increasing taxes/fees (66 percent).