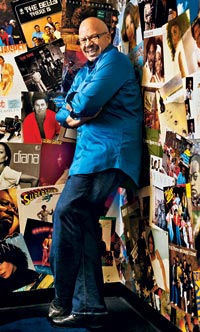 Radio personality Tom Joyner has deep ties to historically black colleges and universities (HBCUs). His parents and both sets of grandparents attended black colleges, and he received a degree in sociology from Tuskegee University. But Joyner—like so many alumni of these 100 or so schools, including Grambling State University, Stillman College, and Morehouse College—is acutely conscious of the universities' declining enrollments and shrinking endowments. Fifty years ago 75 percent of African American undergraduates attended black colleges; today just 20 percent do. "They were designed at a time when students could not get into mainstream institutions," says Joyner, 60. "It's different now. But these schools still encourage kids way beyond the call of duty." In 2009—just 11 years after founding the Tom Joyner Foundation to help keep students enrolled at HBCUs—Joyner achieved $55 million in donations, which has helped put 14,000 students through college.