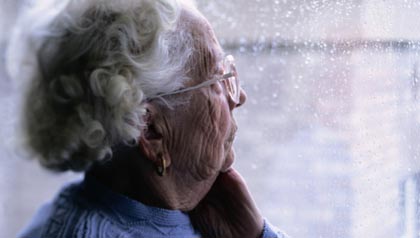 SB 1289 closes a loophole in the state’s Nurse Aide Registry and expands the list of people who may not be hired in long-term care facilities. The current loophole allows those previously convicted of crimes to work in nursing facilities if they have been convicted but received a deferred sentence, pled guilty or no contest. The legislation was authored by Sen. Harry Coates, R-Seminole, and Rep. Danny Morgan, D-Prague.

SB 1879, authored by Sen. Dan Newberry, R-Tulsa and Rep. Mike Thompson, R-OKC, requires nursing facilities to report immediately situations arising where a rape or a criminal act is suspected. Current law gives facilities the flexibility of reporting within 24 hours. Additional language in the bill states that a facility shall make every effort to preserve the scene of the suspected rape or crime until local law enforcement has arrived.

HB 2778, authored by Rep. Kris Steele, R-Shawnee and Sen. Brian Crain, R-Tulsa, requires the Oklahoma Health Care Authority to make refinements to the incentive reimbursement rate plan developed for nursing homes and ensure more transparency. ASD Sean Voskuhl has been appointed to the advisory committee that will provide feedback on program performance and recommendations for improvements. The legislation was a result of changes to the program sought by AARP Oklahoma and other long term care advocates last year.

HB 2596 creates the "Empower-OK Act" which expands the cash and counseling program (self-directed care) by ensuring existing benefits shall not be terminated or decreased as a result of the program, consumers receive a monthly budget based on the needs of the individual, authority for consumers to use a budget to obtain personal care and home modifications, and counselors available to develop and revise individual budgets. The legislation was authored by Richard Morrissette D-OKC, and Sen. Harry Coates R-Seminole.