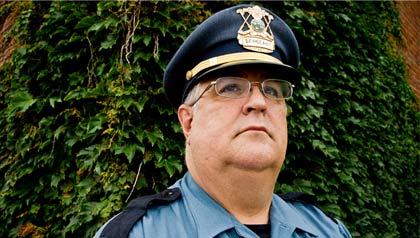 Police Sgt. Mike Wortman, who heads St. Paul's new unit to investigate crimes against vulnerable older people, says one incident lingers in his mind. An older, developmentally delayed woman had lived next to her neighbor for years. One winter, while shoveling her sidewalk, she happened to push some snow onto his property.

"He decided to go out and hit her and shove her into the snowbank — just because she's shoveling the snow onto his sidewalk. He knew of her disability, that she is aging, that she is developmentally delayed," said Wortman, the investigating officer.

The woman called the police, but by the time they arrived, the neighbor had left. Under the law at that time, no arrest was made.

"Unfortunately, all I could do was issue a misdemeanor charge, nothing more than a ticket, a citation," he said. "That hurts, that really hurts, that we're not looking after the elderly in the way that we should."

Revisions this year to Minnesota law would make assault on a vulnerable adult a gross misdemeanor. That means a suspect would be arrested and brought to court for bail, and could be sentenced to up to a year in jail and fined up to $3,000. A misdemeanor charge carries a top penalty of 90 days in jail and a $1,000 fine. Previously, the higher penalty applied only to caregivers.

"This will get them more than just a slap on a wrist, more than like getting a traffic ticket," Wortman said.

Minnesota first enacted its Vulnerable Adults Act in 1980. Major revisions in 2009 addressed financial exploitation; improved community notification when vulnerable adults are missing; and created a streamlined system for reporting abuse. This year's changes closed some holes in existing law, according to Iris Freeman, associate director of the Center for Elder Justice & Policy at the William Mitchell College of Law in St. Paul. The revisions passed the legislature unanimously and took effect Aug. 1.

"It's important for us as a society that our criminal sanctions be protective of our most frail and vulnerable in society. I believe this change in the law reflects that attitude," said state Sen. Warren Limmer, R-Maple Grove, chairman of the Minnesota Senate Judiciary and Public Safety Committee and chief Senate author of this year's revisions.

Next: Sex offenders must register. >> 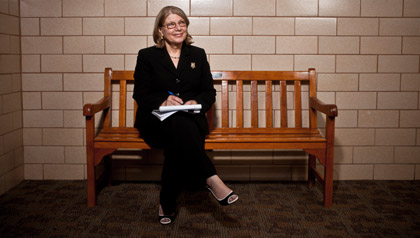 One key aspect of Minnesota's law is that it doesn't define vulnerability according to age. Healthy older people who live independently are not considered vulnerable, while young adults who are unable to care for themselves are covered by the law.

Another important change requires facility caregivers who are convicted of sexually abusing vulnerable adults to register as predatory sex offenders. This comes three years after shocking sexual abuse of residents by employees at a nursing home in Albert Lea became public. Two young women pleaded guilty and were sentenced to 180 days in jail.

Sex offender registration "is a good idea because … it makes the offender accountable," said Amy Sweasy, assistant Hennepin County attorney. "The offense itself and the registration requiremen will show up on a criminal history."

In 2010, nearly 24,000 reports of mistreatment of vulnerable adults were made to adult protective services, according to state data from the state Department of Human Services. Reports made to law enforcement agencies are not included in that figure, adding an unknown number of additional cases.

Although reports of sexual abuse of vulnerable older adults grab headlines, those represent a small minority of abuse cases, about 4 percent of allegations in 2010. Caregiver neglect accounted for the largest share, 40 percent. That was followed by self-neglect, 20 percent; financial abuse, 15 percent; physical abuse, 12 percent; and emotional abuse, 8 percent.

"Scandal and outrage become yesterday's news. This takes sustained effort," said Freeman, who leads the Vulnerable Adult Justice Project, a coalition of more than 20 organizations working to revise the law.

AARP Minnesota is part of the coalition. "We've long been interested in making sure vulnerable adults are protected under state laws," said Amy McDonough, associate state director for advocacy.

"This is about protecting our most vulnerable loved ones and those who can't speak for themselves."

Amy Kuebelbeck is a freelance writer and editor based in St. Paul, Minn.