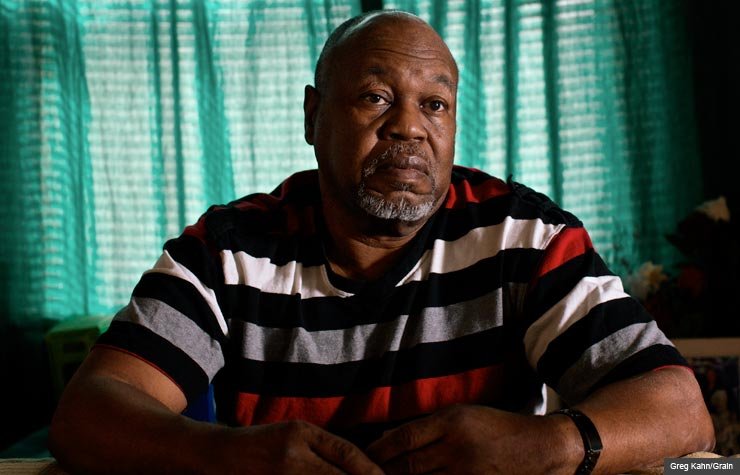 "I just want to own this home, take care of it and live here feeling safe," says Robert Bennett.

Editor's Note: On Sept. 30, 2013, a federal trial court in Washington, D.C., ruled that HUD violated federal law when it did not protect surviving spouses of holders of reverse mortgages.

Robert Bennett is facing foreclosure on a home he and his wife built more than 35 years ago and owned together in Annapolis, Md.

In December 2008, the couple took out a reverse mortgage, allowing them to convert equity in the home into cash payments. The problem? Bennett was not listed as a borrower. The listed borrower was his wife, Ophelia. She died a month later following a stroke, and the lender told Bennett that he had to pay off the outstanding loan balance or lose the house.

"It feels terrible to work so hard to keep up a home and know that the lender wants to take it away from me," Bennett, 71, told the AARP Bulletin. He has lived in the house since he and Ophelia married in 1975. "I just want to own this home, take care of it and live here feeling safe."

Bennett is at risk because federal Department of Housing and Urban Development (HUD) regulations allow lenders to foreclose on homes carrying reverse mortgages after the borrower dies, even if a surviving spouse who was not named on the mortgage wants to stay in the home.

Reverse mortgages don't require a monthly payment; rather, the amount of the loan keeps growing, and it is usually repaid when the property is sold or the homeowners die. While the loans can help equity-rich, cash-poor older homeowners access their home equity, the loans are also difficult to understand.

Reverse Mortgages and the Courts

AARP Foundation Litigation attorneys sued HUD, challenging the department's failure to protect Bennett and other surviving spouses. The District Court for the District of Columbia dismissed the case in 2011 because it found that Bennett's lender had the right to foreclose under HUD's regulations.

"We are concerned that there are many surviving spouses like Mr. Bennett who are being forced out of their homes," said Jean Constantine-Davis, senior attorney for AARP Foundation Litigation. "Something needs to be done quickly to resolve this problem."

In January, an appeals court reversed the lower court, allowing Bennett to pursue his claim that HUD's regulation violates the federal reverse mortgage law, which protects spouses like him from foreclosure. The appeals court also suggested that, even if the lenders have the right to foreclose, HUD has authority to take on the loans of deceased homeowners, pay off the balance to the lenders and allow the surviving spouses to remain in their homes until death.

The case will now return to the lower court, which will decide whether HUD's regulation did, in fact, violate the federal reverse mortgage law. Bennett hopes that his prayers will be answered and he will be able to stay in his home.

What This Means For You

If you get a reverse mortgage, do not sign away your interest in the property. Both spouses should be named on the mortgage.

Emily Sachar is a journalist and author based in Brooklyn, N.Y.