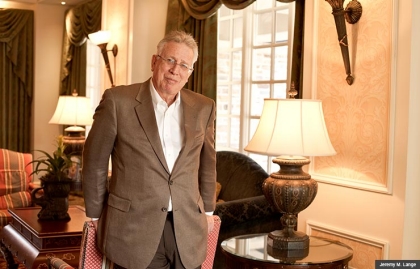 More than 85 percent of the North Carolinians who expressed their views about the future of Social Security and Medicare said changes are needed to protect the safety net programs.

But nearly two of three who responded to AARP-sponsored You've Earned a Say questionnaires said changes should not be made immediately, and their views vary on how much change is needed.

"Certainly I think changes should be made to Social Security to make sure it remains viable for the future, but that needs to be treated as a separate discussion from the uber-discussion on taxes, revenues, the budget and the deficit," said Fillmore Bowen, 63, of Cary, an AARP volunteer who led some of the You've Earned a Say listening sessions. "Without it, there would be a lot more poverty in our country."

More than 120,000 older state residents live in poverty. Without Social Security, nearly 500,000 more would be added to that number.

Congress is likely to consider changes to the programs, which could include increasing the payroll tax that finances most of Social Security and some of Medicare. Other possibilities include reducing benefits, higher Medicare premiums for higher-income enrollees, increasing eligibility ages, and limiting cost-of-living increases for Social Security beneficiaries.

AARP members and other adults completed questionnaires at community events, online, by phone or through the AARP Bulletin. Views were sought on how much change might be needed. The results will be used to inform AARP's discussions with elected officials.

A vast majority, 94 percent, want their voices to be heard in Washington, but 46 percent doubt it will make a difference.

Jeanne Van Divender, 57, of Raleigh, tried to dispel that idea during the listening sessions she led. She hopes members of Congress will pay attention to the results.

The sessions "let the people speak; AARP's mission is to listen and present this," she said.

Roughly one-fourth of the nearly 30,000 North Carolinians who filled out questionnaires about Social Security said it needs immediate changes, while 63 percent said changes are necessary but can wait, and 12 percent said no changes should be made.

Similarly, of the nearly 75,000 who expressed their views about Medicare, more than one-fifth said changes should be made immediately, while 62 percent said changes could wait and 16 percent said no changes are needed.

Next page: More views on Medicare and Social Security. »

Four of five respondents said future Medicare beneficiaries should get the same guaranteed coverage as current beneficiaries, while one-fifth said they should get a set amount of money to use to purchase private insurance coverage.

"Various groups … have created the idea that neither [program] is working very well. That's just not true. If we rearrange the priorities of the country to health, education, welfare and safety, there's money to fund both," he said.

Bill Lamb, 64, of Raleigh, knows what a difference Medicare can make. Before the program existed, his grandparents became impoverished because they lacked insurance when his grandfather was being treated for esophageal cancer. They eventually moved in with Lamb's parents. Lamb spent his career with the state of North Carolina on issues of aging.

Given the number of people who lack health insurance, Lamb said that raising the Medicare eligibility age of eligibility for Medicare should be tied to health care reform.