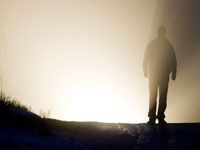 Do you have trouble recalling your dreams? These simple steps can improve recall:

A group of a dozen adults sits quietly listening to a 57-year-old attorney describe the meanderings of his mind on a recent night: He dreamed he was a college student who'd neglected to sign up for classes. As he walked across a picturesque campus, he met a fellow student heading to a lecture on birds and, inexplicably, told him he's majoring in ornithology.

His version of a classic anxiety dream draws knowing chuckles from the crowd, which gathered at the Inner Arts Center in Alexandria, Virginia, on a recent Saturday morning to search for insight into their psyches through a discussion of their dreams.

Welcome to the world of dream groups, a variation on book clubs — minus the required reading. Part social gathering, part serious exploration, these groups have been generating new enthusiasm lately, spurred by social networks such as Craigslist and Meetup.com. Richard Wilkerson, spokesman for the Berkeley, Calif.-based International Association for the Study of Dreams (IASD), estimates there are at least 300 such groups nationwide — and the fastest growing segment is the ones formed online.

Though adherents come from all age groups, dream groups may hold particular appeal to older adults, who have "more time for introspection," speculates Deirdre Barrett, editor-in-chief of Dreaming, IASD's scholarly journal. She notes that a supportive group can help individuals learn more about themselves: By sharing their dreams with others, people can gain insights that they may not have on their own.

"It's gentle, friendly discussion around dreams," explains Gary Goodwin, leader of the Alexandria, Virginia, group. Hearing others' dreams, he contends, helps "people become better listeners. They're activating their imaginations." He believes that "some sort of life lesson is revealed through dreams," and often, other people can see that lesson more clearly than the dreamer.

After the attorney finishes describing his dream, others in the group ask questions to elicit more detail. In response to one, the attorney describes standing on a cramped balcony of a lecture hall with his wife. And he recalls offering to switch places to make her more comfortable.

"I suppose that you and your wife know how to balance yourselves in strategic ways," one member suggests.

"If it were my dream," another group member says later. "I'd wonder if there was a new calling that had to do with going back to school or changing careers."

While dream analysis goes back to the ancients, contemporary dream groups emerged by the 1970s, with participants "finding they could use dreams to discuss a wide range of psychological issues outside of clinical settings," says Wilkerson, of the IASD. Its 600 members include scientists, clinicians, clerics, artists and others "who are passionate about dreams."

Today, some churches have embraced dream groups, given the link between dreams and religious revelation. The Haden Institute, in Flat Rock, N.C., offers training in spiritual direction and dream group leadership. Its graduates have started at least 125 groups around the country, in denominations from Baptist to Roman Catholic to Unitarian, says director Bob Haden, an Episcopal priest and Jungian psychotherapist. "All dreams come in the service of healing and wholeness."

A dream group can be beneficial, agrees Robert Stickgold, a Harvard Medical School associate professor of psychiatry and director of its Center for Sleep and Cognition, "as long as it doesn't become abusive" or engage in over-interpretation.

Individually or as a group, Stickgold says, "We can have playful enjoyment from our dreams and get useful psychological advice."