A little preparation now can avoid big misery in 2023 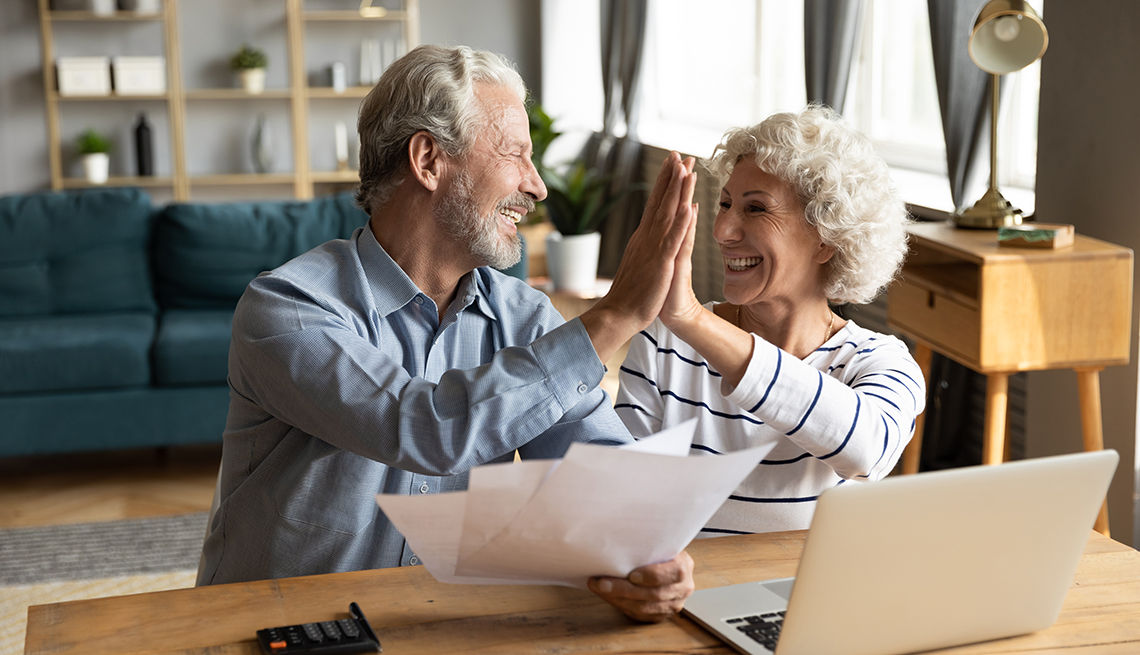 After filing your taxes, you may exhale with relief and think, “Don’t need to think about that for another year.”

Now is the time to begin planning and preparing for next year’s tax return. The actions you take now﻿ —﻿ even small ones﻿ —﻿ can make next year’s tax filing go more smoothly and even save you money.

“There’s enough stress that people have in their lives. Let’s take taxes out of that. It’s a guaranteed thing that is going to happen﻿, and if you can make that less stressful, just do it for yourself,” says John P. Schultz, a CPA and partner at Genske, Mulder & Company in Ontario, California.

We spoke to experts about the top things to know that can make next year’s tax return less of a dreaded document.

​If you were gathering all your tax records at the last minute, now is the time to establish a better process for next year. While the stress is fresh, use it as motivation to get organized for how you will track financial records during the year. Start simple if it seems daunting. “If you just have a single folder﻿, and you put everything that’s related to taxes in there, then you’re much better off,” says Reggie Fairchild, president of Flip Flops and Pearls Financial Planning in﻿ Charleston, S﻿o﻿u﻿t﻿h﻿ Carolina. “Everybody hates taxes. They’re scary, and the sooner you get on top of it, the less stress you’ll have. And hopefully the more money you’ll have.”

Charitable contributions and other deductions can be missed due to poor record-keeping, says Neil Becourtney, a CPA and tax partner at CohnReznick in Holmdel, New Jersey. The folder system is good for deductions such as medical expenses and charitable contributions that people pay throughout the year. “You’ll save yourself the time of having to go back in history for a year to find everything, and you probably will be more accurate and not overlook something,” Becourtney says.

If you owed money when you filed your return, perhaps even incurring penalties and interest, you need to evaluate if you should increase your withholding this year. Conversely, if you received a large refund, you should assess what is being withheld to determine if it is too high. “Lots of people get really excited because they get their tax refund check, but really what that meant is that the government had your money for most of the year before you got it back from them,” Fairchild says.

The IRS Tax Withholding Estimator is a useful tool to help calculate if you need to make changes. But keep in mind that is only for federal taxes; a separate calculation may be needed for state taxes, Schultz notes.

Look at the year ahead and consider if there will be any major changes, such as a marriage or divorce. A change in your filing status can affect your taxes and what you should withhold. If your child will turn 19 or is no longer a student younger than 24, you cannot claim the child as a dependent. Selling your home and becoming a renter will eliminate the deductions you may have taken for mortgage interest and real estate taxes.

“Anything that has changed in your life circumstance could change your withholding,” Fairchild says.

Congrats if you already received a raise or bonus this year, or maybe you’re expecting a promotion in the coming months. The higher pay is another reason to increase your withholding. You should also consider other new income, from passive investments or rental properties.

“It should be evaluated﻿, unless everything’s staying exactly the same,” Schultz says.

Calculate what to pay for estimated taxes

Similar to withholding, if you are paying estimated taxes you should evaluate whether you need to increase the amount you are submitting each quarter. Maybe you are self-employed and expect to earn more this year. If you are newly retired, you are no longer having taxes withheld from a paycheck and need to make estimated payments on other sources of income such as retirement funds and Social Security. Or if you have been retired but plan to withdraw more money from your investments in 2022, you may need to increase your estimated taxes.

If you have a large capital gain late in the year and have not planned for it, your estimated payments may fall short. For example, suppose you received primarily Social Security benefits the first three quarters of the year and then took a large IRA distribution in the fourth quarter. In that scenario, you can minimize, if not eliminate, any underpayment penalty by making a catch-up estimated payment in the fourth quarter, Becourtney says. But the taxpayer must file IRS Form 2210﻿, “Underpayment of Estimated Tax by Individuals, Estates and Trusts,” with their tax return, he adds.

“They’re not automatically penalized because they weren’t a mind reader,” Becourtney says.

If you were scrambling to find $7,000 by April 18 to contribute to your IRA, now is the time to create a plan to make smaller contributions throughout the year. The same budgeting, and belt-tightening if possible to free up cash, can be used to boost your 401(k) contributions.

“Make those monthly contributions, make them weekly if that’s what fits your budget and works for you,” Schultz says. “You’ve gotten your tax benefit from it because you got your deduction, and now you’ve also funded your retirement.”

You can also benefit from dollar-cost averaging (DCA) as you make smaller investments throughout the year instead of one $7,000 purchase on one date, an advantage that could be especially helpful during a volatile market.

Health insurance plans usually begin on Jan. 1. If you now have a qualifying high-deductible plan, consider contributing to a health savings account (HSA). The money you contribute to the HSA is not taxed. Withdrawals for qualified medical expenses such as deductibles, copays and prescriptions also aren’t taxed. Unused funds in an HSA roll over each year, unlike in a flexible spending account, which is often “use or lose” annually. So you can accumulate funds in an HSA, allowing the balance to grow, as a saving vehicle for retirement.

Prepare for selling your home

Are you considering selling and moving, perhaps to downsize? If you have a capital gain on the home sale, you can exclude up to $250,000 of the gain if filing single and up to $500,000 if married filing jointly. With property values so high now, you could exceed that gain limit. Schultz says it used to be he rarely had clients exceed the limit﻿, but “that’s not a given anymore.” You can reduce the capital gain by what you spent on home improvements, so use this time to gather records documenting the cost of the improvements.

﻿After you map out a plan, take a deep breath and begin implementing it. Part of tax planning involves timing. There can be advantages to moving forward a business expense or other deduction at the end of the year instead of paying it the following year. “Before the end of the year, there’s a lot more things that you can do. If you wait until April﻿, after the tax year, then there’s just a few things that you can do. So by being proactive, you can look at all of the tax regulations and make a choice on which things you want to do,” Fairchild says.

Another area to consider is the sale of investments, such as stocks. If the sale of one investment will create a capital gain, see if another asset has decreased in value and would generate a loss if you sold it. “That’s something to consider before the end of the year, to offset your gains with losses,” Becourtney says. Keep in mind you can deduct only a $3,000 capital loss in the current year for federal tax purposes, he adds. Any additional losses would be carried over to future years. Also, make sure selling the investment makes sense for your financial plan, not just to generate a loss to offset a gain.

Schultz recalls a client who withdrew money from a retirement account to buy two cars, one for each spouse. The couple could afford the purchase, but there was an unexpected impact: “That massively changed his taxability for the year,” Schultz says. “So I’d argue if you’re making a sizable distribution, or if you have additional cash flow needs, always consider what that’s going to do to the taxability in that year.” In this case, the couple could have split the auto purchases over two years to avoid withdrawing so much in one year.

Finally, if you hated doing your taxes so much this year that you want to hire a professional next year, contact a CPA before they are inundated with work next year. “May and June is a much better time to be pursuing that th﻿an next February or March,” Becourtney says. ​

Sharon Waters, a former CPA, has written for Wired.com and other publications.

Got a Whopper of a Tax Bill? What to Do

Don’t panic, but don’t ignore the IRS, either

IRS issues most refunds within 21 days