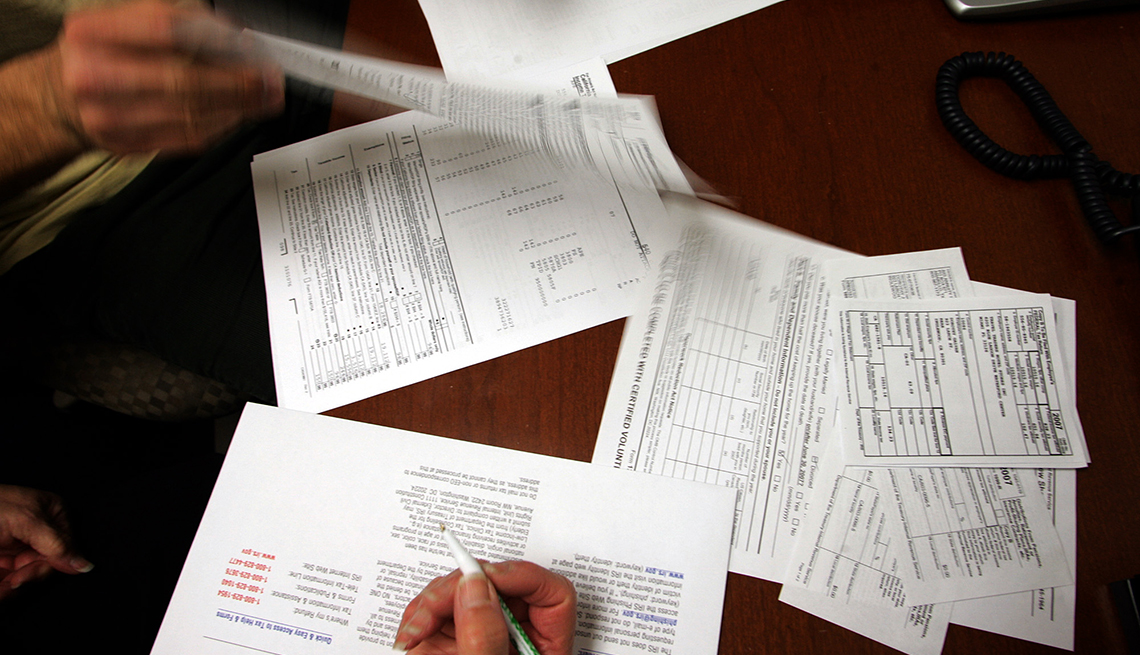 En español | Very rarely do total strangers tell me how much money they make. But this year, starting in February, 49 of them did.

That's because I volunteered for the AARP Foundation Tax-Aide program, which provides free tax-preparation services nationwide. In 2019, 35,000 Tax-Aide volunteers helped file returns for 2.5 million people — mostly older and low-income Americans. I've been a financial journalist for many years, so I've talked to hundreds of men and women about money. But as a first-time Tax-Aide volunteer, I had an opportunity to learn about people, their money and their taxes in a whole new way. Here's some of what I found.

The New York City site where I worked served a variety of people. Some were in their 20s, others in their 80s. Some were retired; others held multiple jobs. But whoever they were, they were usually confused. I understand why. Tax forms and tax laws are confusing. How is anyone supposed to know, for example, the meaning of “A” and “AA” and “D” and “DD” in Box 12 of a W-2? It's a mystery.

No wonder people regard their taxes as a sort of explosive device — one that will blow up in their face if they make the slightest error. That includes the woman who told me, as I started her return on my computer, that she was a retired IRS examiner. “Let's change seats so you can do the return,” I said. No, she replied. It would make her too nervous.

If your financial life isn't complicated, your taxes aren't, either. Most of the people I helped didn't need to bring much paperwork: a Social Security form, a retirement income statement, maybe a couple of W-2s. I could complete most basic returns within a half hour, with data entry consuming most of that time. The 2017 tax law's big increase in standard deductions has simplified matters, too. If you're under 65 and filing as a single person, for example, the federal government now automatically exempts $12,000 of your income from income taxes. As a result, most people don't benefit from itemizing deductions, so they don't need to bring in a pile of receipts for medical expenses or charitable giving.

In fact, tax time can be an opportunity.

The news I delivered to the taxpayers was more often good than bad. About 90 percent of the returns I completed resulted in refunds, not additional tax bills. Often, this was due to rules and programs people weren't aware of, but ones my fellow volunteers and I were trained to look for. One woman — who in past years had supported her mother and thus had qualified to file her tax return as “head of household” — said she was filing as single this year, because her mother had died in the spring of 2018. But, as I verified on irs.gov, she could file as head of household (a more favorable filing status) even if her mother hadn't survived the year. The upshot? A $450 federal refund for her instead of an $850 bill. Those unexpected tax benefits can lie in state laws as well. In New York, for example, residents don't have to pay taxes on federal, state or local government pensions; the first $20,000 of most other retirement income is excluded from state taxes, too.

The people who did owe money usually had one thing in common: freelance income, reported on a 1099-MISC form. That's because, even if your earnings are too low to incur income tax, you can't escape Medicare and Social Security taxes. They come to 15.3 percent of your earnings ($132,900 of which is taxable in 2019). These taxes usually don't sneak up on salaried workers, since employers pay half of the 15.3 percent and employees’ contributions are nearly always withheld from their paychecks. So if you have freelance income, be sure to reserve 15 percent of it for Social Security and Medicare.

It was a pleasure.

Doing taxes is supposed to be hellish, but I was surprised by how much I enjoyed it. I got to see how decently people can behave in the face of hardships and chances to cheat. There was the cheerful young woman who supported her mother and two brothers on $8,000 a year. The home health aide who had been paid thousands in cash — and reported it all to the IRS. The people who made so little but gave so much to charity. You, too, can contribute as a Tax-Aide volunteer even if you're no financial nerd; other volunteers, for example, welcome clients, do tech support or help sites run smoothly. Maybe, like me, you'll learn to love taxes.

George Mannes is a senior editor at the AARP Bulletin.