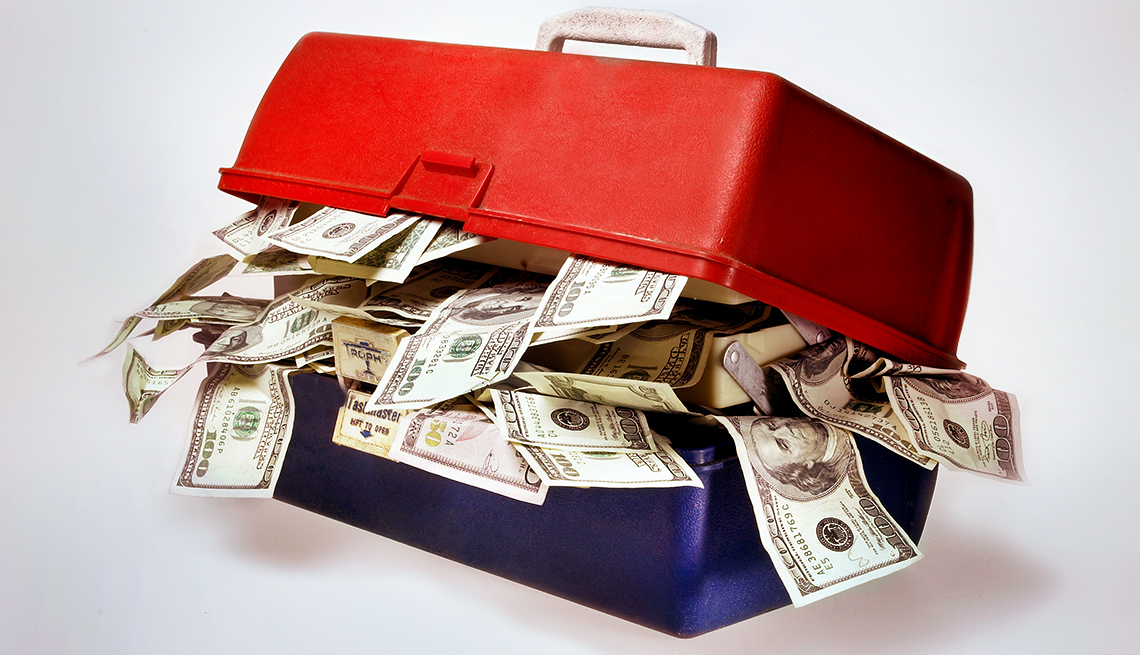 Tax law changes could increase your paycheck — but you could also end up owing more in year-end taxes.

The Internal Revenue Service has provided America’s employers with the basic information they need to determine how much to withhold in federal taxes from employee paychecks. But it will be up to each taxpayer to make sure they don’t overpay or underpay the government.

Most Americans will likely see fatter paychecks reflecting lower tax rates. The increases are expected to range from a few dollars per pay period for low-income workers to hundreds of dollars more for top wage earners. But the elimination and curbs on some itemized deductions mean many workers could also pay higher taxes when they file in 2019.

The IRS says it’s developing a new online withholding calculator to help taxpayers determine what they owe, but the tool won’t be available until sometime in February. Until then, here are some tips from tax professionals:

Review your W-4 withholdings. 2018 IRS tax tables are based on elements of the new tax law. The IRS plans to issue new W-4 forms reflecting 2018 changes in itemized deductions, higher child tax credits, a new dependent credit and the repeal of the exemption for dependents. But for now, the IRS says employees don’t have to make changes on their W-4s.

Still, this would be a good time to review your withholdings based on your income, number of dependents and changes in your personal or financial status, says John Myett, director of government affairs at ADP, which processes payroll checks for about 1 of every 6 U.S. workers.

"The intent is to make the [new tax tables] reflect tax rates as close as possible to what will be owed,’’ Myett says. “Will they be perfect? Probably not.”

Talk to your tax professional — soon. While the tax filing season is about to kick off on Jan. 29, it’s not too early to think about your tax liability for 2018. That’s especially true for filers who will still itemize, large families that will lose personal exemptions and individuals who will feel the effects of the elimination of popular tax breaks.

“Just because someone is saying you’re going to get an extra $100 a paycheck doesn’t mean you’ll get to keep it,’’ says New York-based CPA Anil Melwani.

Take fewer exemptions. Residents of New York, New Jersey, California and other high-tax states may no longer be able to fully deduct property taxes and state and local income taxes. With those deductions now capped at a combined $10,000, many could face higher tax bills.

“It can’t hurt to have a little more income withheld to reduce your tax bill next year,’’ Melwani says.

Review estimated taxes. Business owners and the self-employed generally pay estimated quarterly taxes. They should review what they owe before first-quarter taxes are due April 17. Depending on their business status, some will owe much less. But others may not.

“As long as you pay 75 percent to 90 percent of what you owe, the IRS won’t penalize you, but it does affect how much you are going to pay yourself as an owner-employee,’’ Melwani says.

Consider converting your business status. Some independent contractors and small-business sole proprietorships and partnerships have been taxed based on the owner’s personal rate, which was as high as 39.6 percent. Under the new law, some small businesses could be taxed at a far lower rate. So it may make sense for eligible business owners to convert their corporate status to the type of entity that qualifies for the lower tax rate.