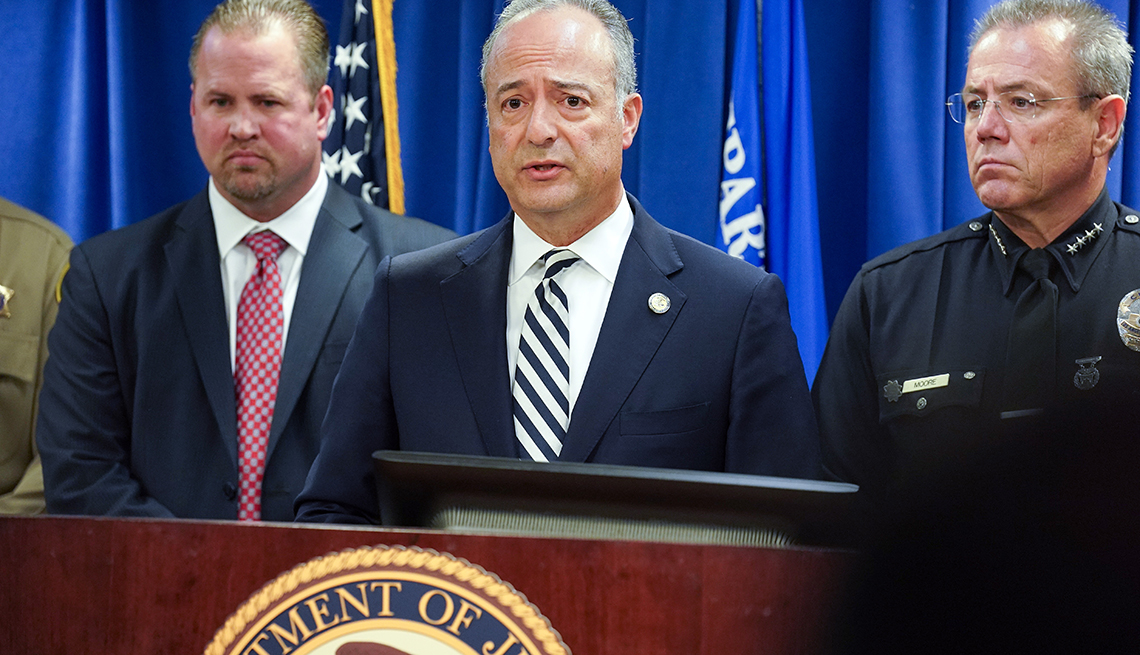 A massive online fraud and money-laundering scheme, whose victims included older adults, has been broken up by federal law enforcement authorities.

The FBI arrested 14 people across the United States (11 in the Los Angeles region) who were named in a 252-count federal grand jury indictment that alleges 80 defendants used online fraud schemes to try to defraud victims out of at least $46 million.

Two were already in federal custody on other charges, and one was arrested earlier this week. The remaining individuals named in the indictment are believed to be abroad, with most of them located in Nigeria.

"We believe this is one of the largest cases of its kind in U.S. history,” U.S. Attorney Nick Hanna for the Central District of California said at a news conference. “We are taking a major step to disrupt these criminal networks."

The scheme allegedly including business email compromise (BEC) frauds, romance scams and scams targeting older adults. The ill-gotten funds were allegedly laundered primarily through two individuals in the Los Angeles area, who were named in the indictment.

The investigation began in 2016 with a single bank account and one victim, said Paul Delacourt, assistant director in charge of the FBI's Los Angeles office. It grew to encompass victims who were targeted in the U.S. and around the world, some of whom lost hundreds of thousands of dollars.

Delacourt urged people to be aware of online scams. “Billions of dollars are lost annually, and we urge citizens to be aware of these sophisticated financial schemes to protect themselves or their businesses from becoming unsuspecting victims. The FBI is committed to working with our partner agencies worldwide to continue to identify these cybercriminals and to dismantle their networks,” he said.

Federal authorities cited the case of a Japanese woman, known only as “F.K.” in court papers, as one example of the alleged romance scams that began through what she assumed was an international social network for digital pen pals.

Over 10 months of daily emails, F.K. thought a romance had blossomed with a U.S. Army captain stationed in Syria who had a plan to smuggle diamonds out of that country. “Capt. Terry Garcia,” however, was a fiction in an elaborate scam that left F.K. $200,000 poorer and on the brink of bankruptcy, the authorities alleged.

The Associated Press contributed to this article.