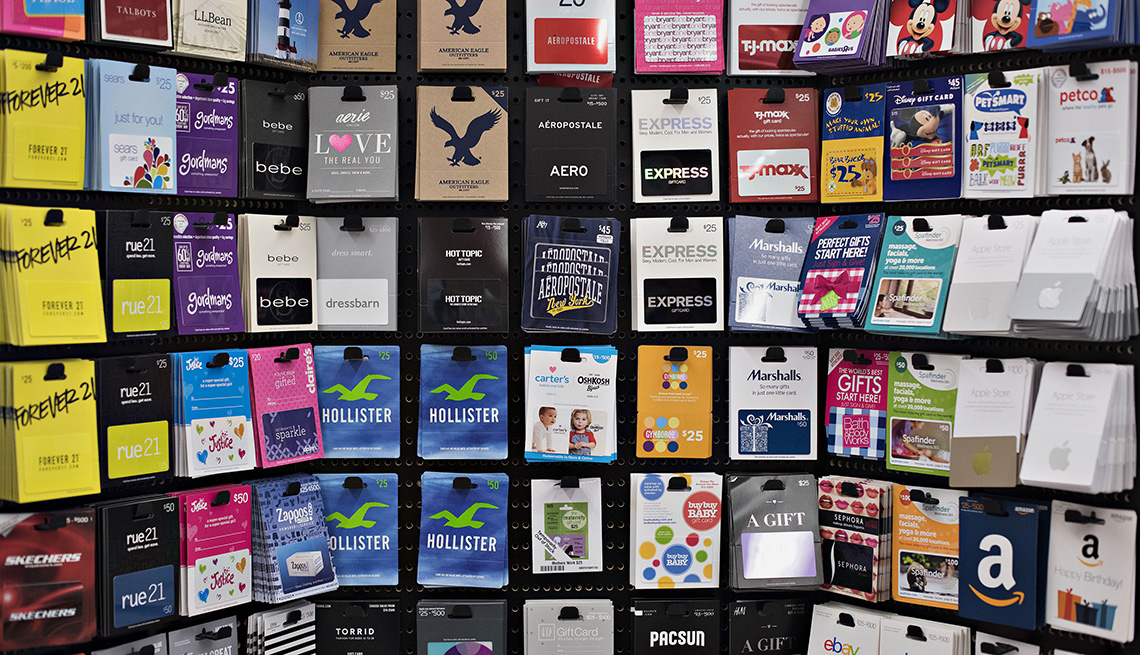 En español | When Denise McKendry entered the Kroger store in Midlothian, Va., on Feb. 25, the schoolteacher was visibly distraught. She was on her cellphone, talking to a man who had identified himself as Officer Johnson from the IRS. He had explained, in threatening and sometimes nasty terms, that McKendry owed $5,207 in back taxes and that she’d be arrested if she did not pay it off. Fortunately, thanks to an arrangement among Google, the IRS and her local police department, she could easily make a down payment on her debt and avoid jail. All she had to do was buy two $500 Google Play gift cards and read their code numbers to him over the phone.

But as McKendry, who is in her 50s, tried to buy the cards by check, the clerk at the customer service counter got suspicious: “Do you know where these are going? How they are going to be used?” After a pause, she nodded yes. “OK, good,” he replied, “because we get a lot of scams and they use these Google prepaid cards.” McKendry covered her phone so Officer Johnson wouldn’t hear. “Please help me,” she mouthed. She and the clerk went to the store manager, Tim Day, who explained that she was being scammed and had her hang up. The effort to separate McKendry from her money was over.

You may think of a gift card as the perfect birthday or graduation present for a relative who’d like to buy music, video games or clothing. But, as McKendry’s ordeal illustrates, gift cards have also become a popular payment mechanism among scam artists. Whether masquerading as IRS agents, tech-support personnel or the attorney for a grandchild who’s supposedly in jail, criminals pressure their targets to buy gift cards for iTunes, Google Play, Best Buy and other popular retailers — and order them to provide the code numbers, or PINs, on the back of the cards so they can be redeemed.

It’s a growing trend. Federal Trade Commission data show that 26 percent of scammers asked for gift cards and “reload cards” in 2018, versus just 7 percent in 2015.

“They are nearly as untraceable as cash and are much more transferable.”

The good news: As awareness of gift-card use in scams grows, so do the efforts to head off those scams. Part of that involves employee training. At Kroger Mid-Atlantic, for example, service-desk personnel are trained “to engage with customers to ensure they are not being scammed” and to refuse transactions if necessary, a spokeswoman says. Apple, Best Buy and Target also say they train employees to be on the lookout for people who may be buying gift cards while in the midst of being defrauded. “What we wanted to be able to do is have people recognize if they saw somebody in distress,” Todd Hartman, Best Buy General Counsel and Chief Risk & Compliance Officer, says.

Other measures include limits on the purchase and use of gift cards. Last year three major retailers — Best Buy, Target and Walmart — announced they were voluntarily implementing two such measures to reduce gift-card fraud. One was to lower the maximum amount of money that people could load on to gift cards in one transaction. The other was to put new restrictions on using their gift cards to buy other cards — a practice that scammers use to hide their tracks.

Last year, AARP collaborated with Best Buy and the National Association of Attorneys General to create a public service announcement warning people about gift-card schemes. One of the key messages: Gift cards are not used — and cannot be used — to pay bail, taxes or court fines.

“I was just so relieved,” McKendry says about the help she received at Kroger. “At that point the tears came. I gave Tim a hug, and I thanked Tim and his team, because they pretty much saved me from this scam.”

Back in the parking lot, sitting in her car, she got another phone call. It was Officer Johnson, and he was angry. “Don’t you call me again,” McKendry said. And this time, without any prompting, she hung up on him.