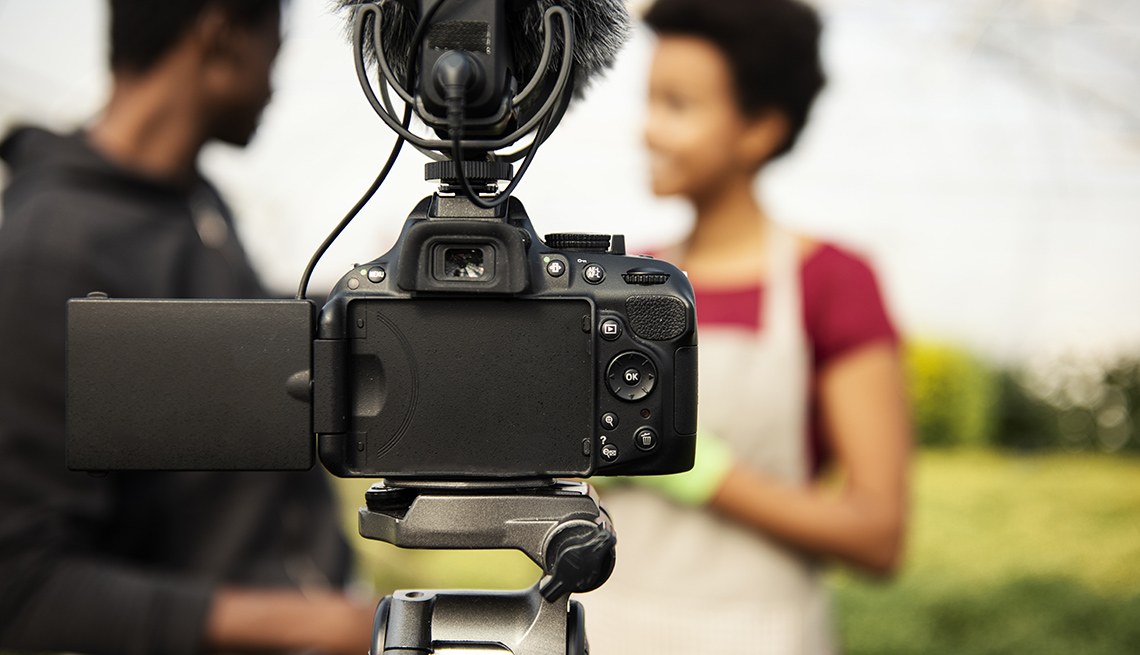 En español | Still in their 20s, the Florida couple enjoyed the good life: exotic getaways, a spacious home in Palm Beach County and a silver Bentley.

They invited the world into their lives by frequently posting videos on YouTube and other online platforms.

On camera they staged pranks, flaunted possessions — their son drives a toy Porsche — and laid family squabbles bare. In a segment called “Things We Hate About Each Other!” he revealed she picks her nose.

But what people didn't see was their secret past. Before they were YouTubers whose videos have racked up nearly 189 million views, they were crooks.

Billy Altidor, 29, and Evanie (Eva) Louis, 27, admit that in 2014 and 2015, they stole Social Security benefits owed people old enough to be their grandparents.

Their crimes are detailed in court documents, including the terms of a plea deal they struck with federal prosecutors. A third defendant is awaiting trial.

As part of a conspiracy, the defendants accessed, or attempted to access, My Social Security online accounts belonging to more than 1,400 people, prosecutors said.

To gain access, they used stolen data called “personally identifiable information.” That's sensitive data such as Social Security numbers, dates and places of birth, and mothers’ maiden names — information that fraudsters covet since it fuels a long list of crimes.

My Social Security, launched in 2012, is an internet portal available to current and future beneficiaries. They can create online personal accounts to view benefit statements, earnings histories and other information.

Beginning in 2013, the Social Security Administration (SSA) allowed people to make changes online to their address and direct-deposit information. With direct deposit, monthly benefits are sent electronically to a specific bank or credit union account.

Soon after, fraud reports surfaced. People complained of unauthorized changes to their addresses or bank accounts, according to the SSA's Office of Inspector General (OIG), a government entity that investigates waste, fraud and abuse in the agency's programs and operations.

What happened in Florida is not an isolated case. In a September 2019 report, the OIG said there were an estimated 20,658 reports of “misdirected” Social Security benefits from 2013 to 2017, a five-year period.

The cases involved $33.1 million in benefits — and much of the money was lost forever. Social Security notifies beneficiaries when direct-deposit information is changed; if they promptly tell the agency they did not authorize the switch, sometimes a correction can be made before benefits go out. During those five years, though, $18.3 million of the stolen money was never recovered, so the government lost more than 55 cents of every dollar.

"It's theft, really. It's a theft of benefits via the redirection of the payment from the account of the beneficiary to the fraudster,” Gail S. Ennis, the inspector general for the Social Security Administration, tells AARP.

Altidor and Louis have posted videos on a YouTube channel called B.E.A.M. Squad since August 2015, their profile says.

Popular YouTubers make money by racking up subscribers and video views and attracting ads to their videos. The press office for Google, which owns YouTube, did not respond to emailed questions about the couple, their earnings or the big numbers touted in their profile.

Early in 2019, the couple's wealthy, happy-go-lucky façade began to crack: They were indicted and arrested for multiple felonies as part of a conspiracy, accused of not only stealing Social Security dollars but also filing phony tax returns in others’ names and pocketing tax refunds.

Over the summer, Altidor and Louis pleaded guilty to two felonies: conspiracy to commit theft of government funds and aggravated identity theft. Several other counts are slated to be dropped when they are sentenced in federal court in Orlando, Florida, on Feb. 24, 2020. Each faces up to seven years in prison and a half-million dollars in fines. They are cooperating with prosecutors in a bid to see their sentences trimmed, and have agreed to repay the money traced to their crimes, court documents show.

Louis’ attorney, Marc David Seitles of Miami, said in an email that the couple will repay the money owed the government. “She has accepted responsibility for her actions which occurred approximately five years ago,” he added.

Altidor's attorney, Jason Kreiss of Fort Lauderdale, said in an email that Altidor “has entered a guilty plea accepting responsibility for his actions, as well as satisfying” his financial obligations to the government.

On camera, Altidor and Louis, the parents of two children, have said they are engaged to be married and expecting a third child.

In November, the couple spoke generally about their criminal case on YouTube, giving few specifics about the misdeeds that authorities said occurred from January 2014 to March 2015.

Instead the couple asked for prayers — and asserted they had changed.

"I hate to call it ‘mistakes’ — I call it a bad decision,” Louis said. “And I know, like, I know God forgave us because we've been blessed … and it's mostly because we changed." Ennis, a 57-year-old lawyer, oversees a nationwide staff of 525 who work to prevent and detect waste, fraud and abuse in Social Security programs and operations. Most Office of Inspector General employees are investigators and auditors.

The agency is an independent government watchdog located across the street from Social Security headquarters in Woodlawn, Maryland, outside Baltimore.

Ennis took the reins of the agency in January 2019, marking her first government job after years as a corporate attorney.

As she tells it, fraudsters also are secretive: Some are nameless, faceless and avoid using traditional banks. Some are overseas. Some are known only by an internet protocol (IP) address, a numeric address given every computer device connected to the internet that can be hard to trace, she says.

"My mantra is prevention and detection are a whole lot easier … than it is to catch the bad guys,” she says.

According to Ennis, the public can help fight fraud, which she says frightens victims, hurts taxpayers and ties up resources that could be used, for example, to help people begin legitimate claims for benefits.

There were 20,658 cases reported in the five years ending in 2017, a recent OIG audit report says.

Though a small number in light of the roughly 68 million benefit payments Social Security makes monthly, Ennis says it's “not a good thing” for victims.

How do criminals get their hands on sensitive data, such as Social Security numbers and dates of birth, in their bid to steal your benefits?

Data breaches are one avenue, Ennis says. According to a 2012 OIG report, some victims said they were told they had won a lottery, but needed to divulge private information before receiving the prize. Some had had wallets or credit cards lost or stolen. Others gave information to someone claiming to be from the government.

And everyone age 18 and older should open an online my Social Security account using a strong password, she stresses.

About 46 million people have created an account, just a fraction of the more than 200 million eligible.

In some cases, bad actors will initiate accounts for people ages 62 and older and start drawing their retirement benefits without the victims’ knowledge, she says.