People 60 and older are often the target, FBI says 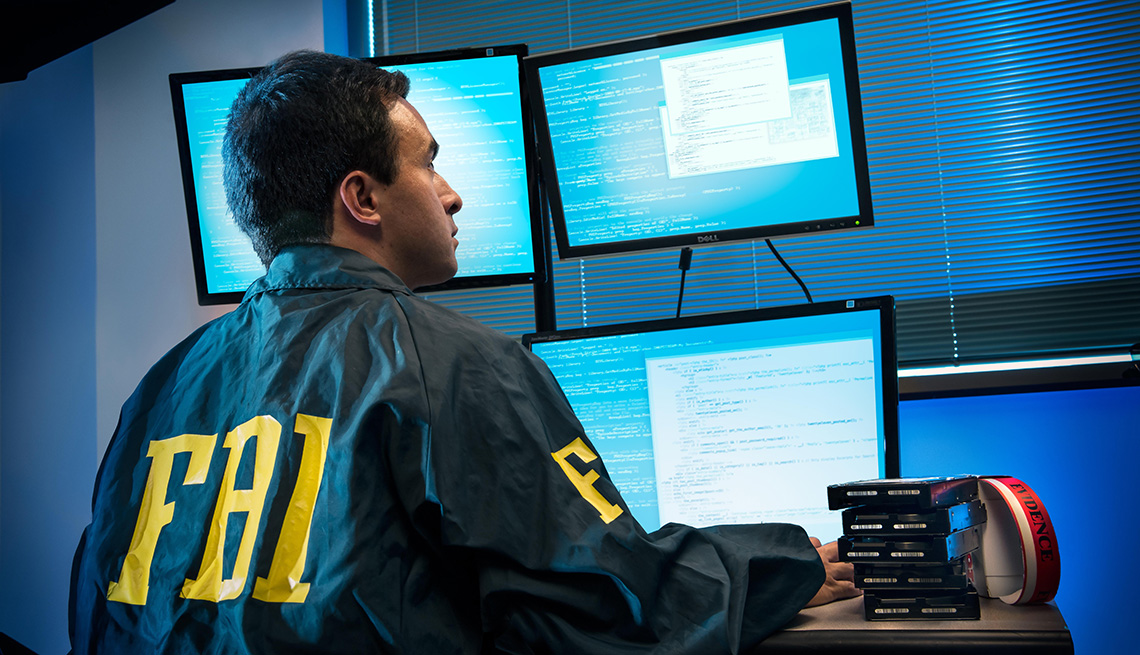 Losses from internet crimes are up 91 percent, with people over 60 often the targets, according to a new report from the FBI that shows cybercrimes cost Americans more than $2.7 billion in 2018. 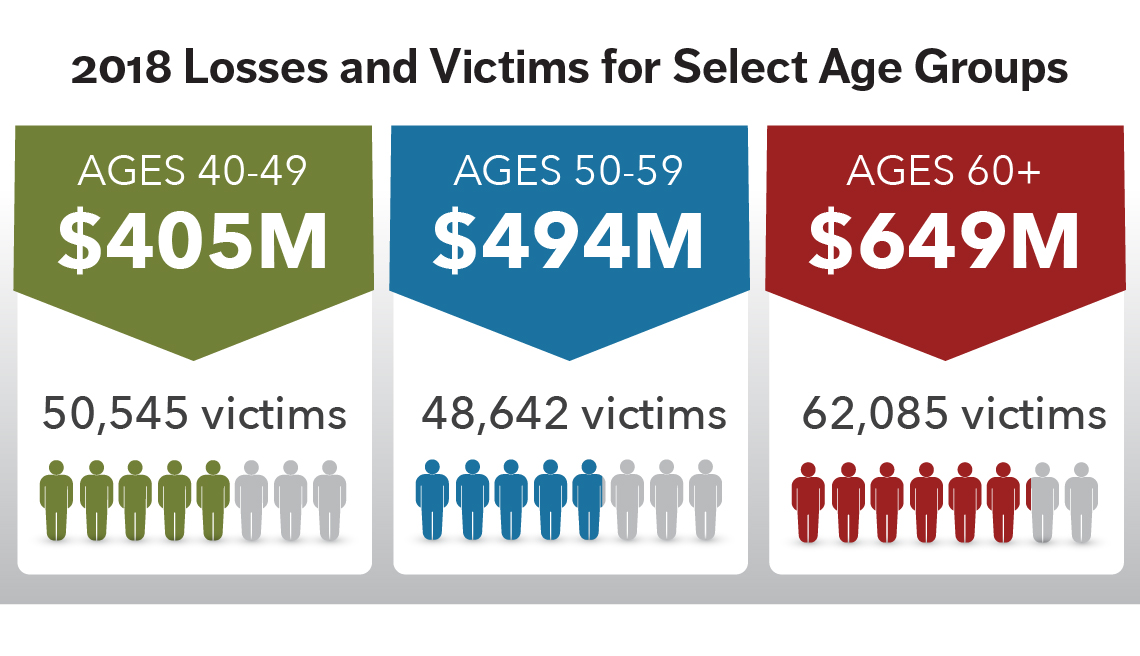 Internet crimes run the gamut. People pay for goods or services they never receive. Or they get suckered into a romance fraud. Or they invest money in what turns out to be a Ponzi scheme.

That means there were 964 complaints for every day of the year and reflects a nearly 17 percent rise in the annual number from 2017.

Calling internet-enabled crimes “prevalent,” Donna Gregory, chief of the IC3, cautioned that “anyone who uses a connected device” can be a victim.

Most often, victims reporting crimes to IC3 last year were older Americans and their losses surpassed any other group.

Some 62,085 people aged 60 and older were victims and their losses exceeded $649 million in 2018, the report says. Two caveats: Sixty-plus is the largest age group in the report and not every complaint filed was associated with a victim's age.

Among other age groups:

The most common complaints, with 65,116 victims, involved the non-delivery of goods and services or cases in which goods and services were shipped, but payment was never made to the seller. Next were cases involving extortion, with 51,146 victims. Personal data breaches, with 50,642 victims, also were frequent.

Crooks targeting business email accounts are becoming more sophisticated, the FBI warned in the report, and there were 20,373 reports in this category last year, with losses exceeding $1.2 billion. According to the report,

in 2013, such scams often involved hacking or spoofing email accounts of high-level corporate officials and, in their names, sending fake emails requesting that wire payments be transmitted to fraudulent locations. (Spoofing is falsifying information to make it appear legitimate.)

Over the years, personal and vendor emails have been compromised; lawyers’ email accounts have been spoofed and scammers have sought employees' W-2 tax information, it says. The real estate sector has been among the targets of scammers.

The Golden State is the top target

California, with 39.6 million residents, is the most populous state and the state with the most internet crime based on victims’ losses: more than $450 million. But a couple of states outside the 10 largest in population ranked among the top 10 in cybercrime losses.

After California, the following states had the highest amount of losses:

Want to avoid cybercriminals? You might consider moving to South Dakota, which was the 46th most populous of the states (882,000 people) but dead last in computer crime losses, with $1.7 million in losses reported.

Asked about the hefty year-to-year increase in fraud losses, FBI spokeswoman Jillian Stickels said better reporting was one key reason. Since February 2018, victims of domestic fraud have been exclusively referred to the FBI by state, local and tribal law enforcement and the private sector and urged to report such crimes so the bureau may assist with potential recovery of funds, she said.

That month saw the creation of the IC3 Domestic Recovery Asset Team, a group that is a liaison between law enforcement and financial institutions.

There were 1,061 incidents reported to the team during the last 11 months of 2018 with losses exceeding $257 million, the report says. More than $192 million, or about 75 percent, was recovered.

Victims should call their bank immediately when they discover a fraudulent transaction and report the crime to IC3 to improve the chances of recovering their money, the FBI says.

On its website, the IC3 also details common scams and tips to avoid falling victim to internet-enabled crimes.