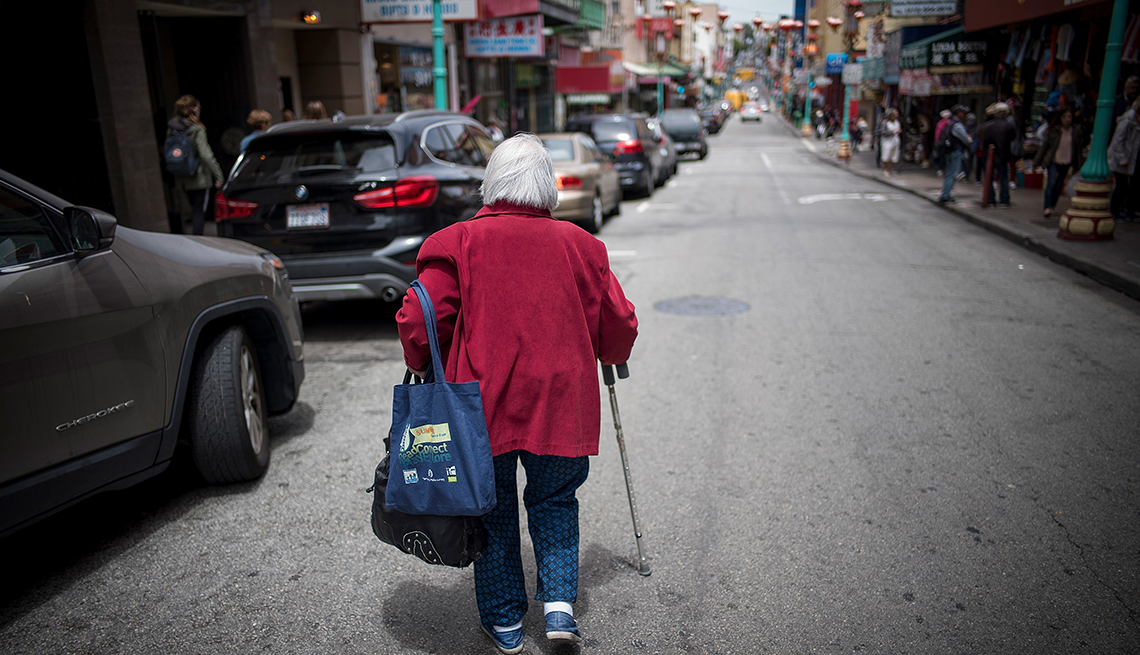 Con artists target older Chinese women, preying on their beliefs and lack of English to scam them out of money and jewelry.

Two middle-aged women from China were arrested at Los Angeles International Airport last Christmas Eve, trying amid the crush of holiday travel to steal away to Hong Kong, with $180,000 in cash, plus gold and jewelry, according to news accounts.

The pair is facing criminal charges for allegedly ripping off seven older women in and around San Francisco last year in “Chinese blessing” scams. The oldest victim was 79 years old.

The suspects in these cases tell brazen lies to persuade victims to cough up cash and valuables for a “blessing,” insisting the ritual will stave off danger.

A coast-to-coast scourge, the crimes have triggered official warnings to potential victims: Avoid traveling alone, call police if a stranger offers to bless an item and talk to relatives before trading valuables in exchange for spiritual help.

"This blessing scam happens in all the Chinatowns in the world — Vancouver, Toronto, London, Melbourne, Sydney, you name it — because it's so lucrative."

“Whenever they get a victim, it’s like hitting the jackpot,” says Alan Lai, 64, a retired crime-victim advocate in Seattle who consults with AARP.

“Most of the scammers are organized criminals,” adds Lai, who’s met at least 10 victims of the scam, saying most speak limited English and some lack formal education.

From L.A. to Seattle, scammers have menaced older people — mostly women — up and down the West Coast. New York City’s Chinatown has been hit, too.

As in the San Francisco cases, two or three suspects tend to operate in cahoots, outnumbering their targets in a blessing scam.

“Cursed” by a ghost

In one San Francisco case, a 72-year-old woman was approached Dec. 14 by one of the suspects and warned she had “walked through the blood of a dead woman and child” and that her family had been “cursed” by the deceased woman’s ghost, according to a criminal complaint filed by the San Francisco District Attorney’s Office.

Two suspects joined the con, promising a Chinese medicinal herb to lift the curse. The victim ended up losing $150,000 and several pieces of gold jewelry, the complaint says, and for her trouble was left empty-handed except for the “herb.”

Talking about criminals who prey on older people, Wagstaffe calls them the “worst offenders,” adding, “They are really picking on our most defenseless victims.”

The deceit usually begins with one or two scammers approaching a target, pretending to be looking for an herbalist, fortune teller or spiritual doctor. Invariably the target is questioned: “Where in China are you from?” “How many children do you have?” “Which child is your favorite?”

As an accomplice learns such personal details via an open cellphone line or texting, she’ll exploit the knowledge later when she enters the picture and cons the victim into handing over valuables, Lai says.

Some victims have the cash to pay because they don’t trust banks, so they keep their money under a mattress or at the bottom of a bucket of rice, Lai says. Or to pay for a blessing, they raid their safe-deposit boxes away from a banker’s prying eyes.

The two defendants in the San Francisco-area cases have been identified as Mudi Wu and Fuxi Dai, and are charged in San Mateo County with theft from an elder and grand theft.

An uptick in cases

The five blessing scams in San Francisco County late last year alone are an uptick from one recent year when, according to Bastian, the annual count had dropped sharply to two.

Calling one blessing scam “too many,” Bastian recalls meeting a victim who was at least 70 years old and had given scammers roughly $30,000. She’d grown her nest egg in part by recycling aluminum cans for 5 cents each, he says.

In advance of the recent Chinese New Year, Feb. 5, Bastian’s counterparts in the Los Angeles County District Attorney’s Office released a video alert, in English, Cantonese and Mandarin, about the blessing scam.

One victim in L.A. in 2014 lost jewelry and about $70,000, says prosecutor Renee Rose, who oversees an elder-fraud unit. The same criminals were stealing from people in San Francisco and New York, according to Rose, who thinks many cases go unreported because victims feel shame.

Scammers often insist on secrecy from their victims, leading Rose to counsel: It’s a red flag if you’re told not to tell anybody.

As she and other officials tell it, family, friends and the police are precisely the people who need to know if you’re at risk of being cursed by this “blessing.”