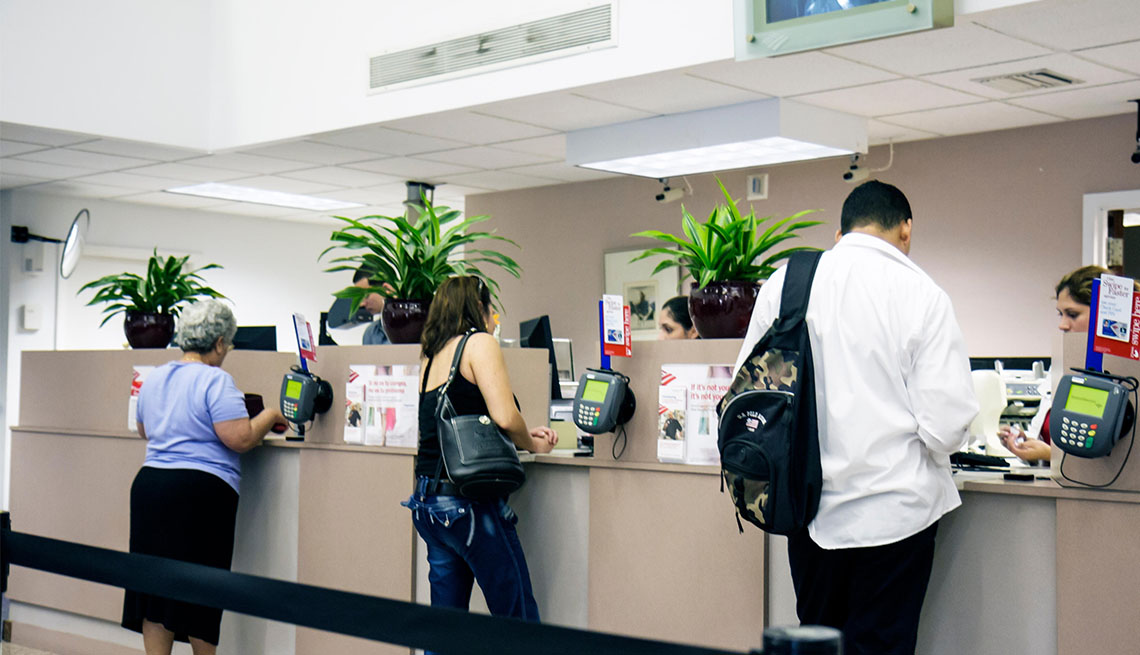 En español | Training bank tellers to spot instances when someone may be trying to exploit an older adult can significantly improve protections for vulnerable customers, according to new research from AARP and Virginia Tech's Center for Gerontology.

One common way that grifters try to take advantage of older Americans is by going to banks or credit unions and either pretending to do the bidding of loved ones or coercing that person into making a transaction.

To fight schemes like this, AARP developed BankSafe, an online training platform to teach bank and credit union employees how to identify signs of financial exploitation and to take steps to protect the savings of potential victims. According to researchers from AARP and Virginia Tech, over a six-month study of more than 1,800 bank employees at about 500 branches of banks and credit unions in multiple states, those who received the BankSafe training to spot exploitation halted nearly $1 million in fraudulent transactions — 12 times more money saved per employee than by banking staff who weren't trained with the preventive model.

BankSafe training resulted in an average consumer savings of $865 per employee, much higher than the $70 that employees who didn't complete the training saved customers. What's more, staff trained through BankSafe prevented exploitation more often.

"Defending older Americans from financial exploitation is mission critical to AARP, and we know that the stakes couldn't be higher,” said Debra Whitman, executive vice president and chief public policy officer at AARP. “We are excited that so many employees in our nation's banks and credit unions are learning new ways to stop financial exploitation through AARP's training."

While there's no national mechanism for tracking financial fraud among older Americans, studies show that “3.5 percent and 20 percent of adults over 65 years of age will become victims” of exploitation, losing an average of $25,000 to $120,000, according to the study. Those financial losses add up. In 2011, cases of exploitation resulted in $2.9 billion in abuse, according to insurer MetLife. The true costs are unknown because most frauds go unreported.

The emphasis on in-person banking staff could be particularly effective in preventing the exploitation of older adults, as more than 80 percent of adults over 50 still do their banking at physical branches, according to a 2016 AARP survey.

AARP and Virginia Tech point out that BankSafe training picks up where other fraud programs stop, educating staff on how to prevent losses before money leaves customers’ accounts. More than 2,000 financial, legal and law enforcement professionals advised AARP in the development of BankSafe. The training, which takes an hour, includes videos, modules to encourage employees to ask probing questions that may reveal unseemly schemes, and strategies for spotting dementia in customers who are being exploited.

The majority of the training focuses on interventions to thwart exploitation in cases where the perpetrator knows the victim. That strategy makes sense given that in 70 percent of the halted cases of financial fraud, the perpertator was a family member.

"The results show that the BankSafe training increases the frequency of recognizing exploitation, acting to prevent it, and reporting suspicious activity,” the report states.

Banks also have a legal incentive to participate in programs like BankSafe. A 2018 federal law makes it easier for banks to report cases of exploitation without fear that doing so would violate privacy requirements. Called the Senior Safe Act, the law stipulates that bank employees must be trained in identifying exploitation to be eligible for protection under the act.

BankSafe training meets the requirements of the Senior Safe Act and the recommendations of the Consumer Financial Protection Bureau.

"Education and training of staff are two of the most powerful things banks and credit unions can do to protect older consumers,” said Jilenne Gunther, coauthor of the research report and AARP's national director of BankSafe. “Our research shows that well-trained frontline employees provide a critical safety net for those most at risk of being exploited."

More on Money and Fraud