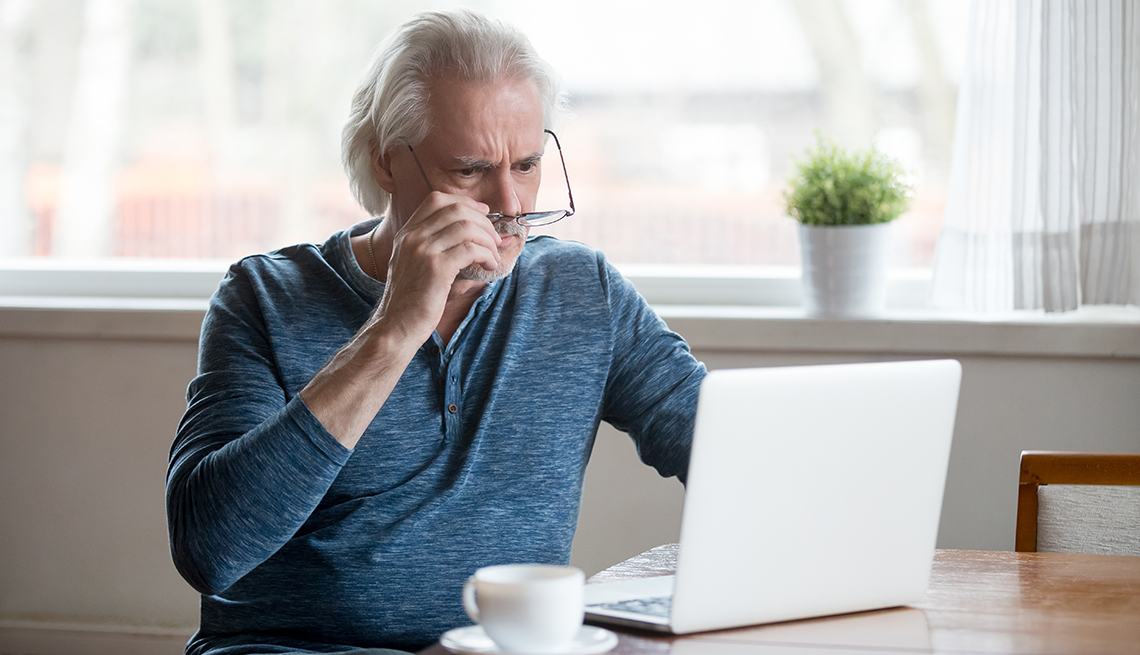 En español | Don Simmons, 66, has run a successful pool maintenance business in South Florida for over 20 years. But health problems and too many long days in the hot sun left him hoping he could find a new source of income. So he was pleasantly surprised two years ago to find an email from a company that offered to help aspiring entrepreneurs set up their own internet business. For only $50, they could get Simmons up and running.

Even though Simmons (his name has been changed to protect him from retribution) had never run a website before, he figured, why not try? So he found a drop shipper that would get him access to over 1,000 products to sell. He arranged to accept credit cards. A basic website got built as promised. Voilà! In a month, he was open for business.

But as weeks turned into months, not a single person visited Simmons’ website. But the telemarketers, well, they pounced. Even before the site went live, web developers started to bombard his phone with pitches to help him grow the site. Each started with the same line: “How are you progressing with your business?” Simmons wondered how they knew he had a website and how they were able to find him so easily.

The answer, says Lois Greisman, associate director at the Federal Trade Commission (FTC), is that scammers offer inexpensive web design kits simply to generate leads. “If you pay $50 for a kit, that is the teaser rate. After that, you will be bombarded with telemarketing calls and online solicitations,” Greisman says. “We see leads that come from the sales of these web kits sold for three to four times the purchase amount.” In other words, a scammer will pay the original website developer as much as $200 for your contact information.

That’s why Simmons started getting so many offers for help. Each company told Simmons he would never make any money with such a basic website because there is so much competition out there. However, for a certain price ($3,000, $5,000, $15,000 — the price varies depending on the company and the pitch) these callers claim they can upgrade it to generate lots of sales.

Simmons ignored most of these calls because he didn’t want to waste more time or money. But one caller from a company in Washington state was particularly persistent. He called and spoke to Simmons roughly nine times per week, each time telling him that for only $7,500, he could realistically see income of $50,000 the first year. Simmons was still skeptical, but thought that even if he could make half that amount he would be happy. The salesman gave him three references. Simmons was unable to reach two of them, but the third person answered; he ran an online website that sold holsters for guns. He said the company Simmons was considering was for real and had helped him build a successful website.

So Simmons took a deep breath and bought the “gold” plan for $7,500. Over the next month, he heard nothing. Finally, he checked in to see what was up. The next day, he was told it was finished. He was underwhelmed. “It looked like something I could have done myself, not the type of thing you would expect for $7,500,” Simmons says. Plus the site didn’t show up when he Googled its name. The company offered to fix that by adding more — for a $1,000 fee. He reluctantly agreed.

In the end, Simmons invested over $11,000 in the website. The only thing he ever sold was a $15 baseball cap to one of his friends.

Is Simmons’ experience typical? Absolutely, based on the roughly three dozen complaints to law enforcement agencies about web developers that AARP reviewed. Each closely mirrored Simmons’ experience: the low-cost starter pitch, the telemarketing calls, the promises of big incomes and the bitter outcome. The average complainant’s age was 68, and the average dollar loss was close to $17,000. One woman, ironically a 72-year-old former Medicaid fraud investigator, spent $35,000 on various web design services, yet got nothing for them. The largest dollar loss was $67,000, sent by a 75-year-old disabled veteran from Plymouth, Mich.

While business opportunity scams usually don’t involve outright theft, they are illegal because of their marketing techniques. “If you promise somebody that they will make $10,000 in 90 days, you have to have a basis in reality for that claim,” says Greisman at the FTC. Otherwise, you are in violation of statutes involving unfair and deceptive acts and practices (UDAP). At the federal level, these are policed by the FTC;  state attorney general offices also pursue these cases. However, most UDAP cases are tried in civil courts, so defendants rarely go to jail. That’s why consumer protection lawyers say they play a constant game of whack-a-mole: Shut down one outfit, and another pops up.

Still, Greisman says, the FTC has stepped up prosecution of web-kit scammers as part of a larger effort to crack down on fraudulent work-at-home schemes. For example, in 2017, the FTC sued Bobby J. Robinson, who advertised online as workathome.edu. The complaint alleged that Robinson used misleading advertising in selling web business opportunities, including an online ad that read, “A Texas Mom Makes Extra $8,000/Month in Her Spare Time on the Computer Without Selling Anything.” The FTC complaint alleges that this and other earnings claims were misleading and not based in reality.

Make no mistake, work-at-home schemes have been around forever. But the sheer scale and reach of the internet as a platform has reinvigorated interest, as has the growth in independent contractors working in the new “gig economy.” U.S. e-commerce sales hit $360 billion in 2016 and are expected to nearly double — to $638 billion — by 2021. “A lot of money is being spent online, so people think a lot of money is being made online,” Greisman says. “It's hard to appreciate how incredibly difficult it is. You don’t just snap your fingers and become an online seller.”

What does Simmons think of the firm he worked with? “I think they are a scam. I received virtually nothing from them that I couldn’t have done myself, and I was never able to make a single dime from my investment,” he says. State and federal agencies continue to investigate firms like these.

“I’m sure there are legitimate companies out there, but just know that if you sign up for an inexpensive web design package, you will start getting a lot of calls from people wanting to help you fix it,” Simmons says. “My advice is, don’t do it.”

How to avoid web design scams