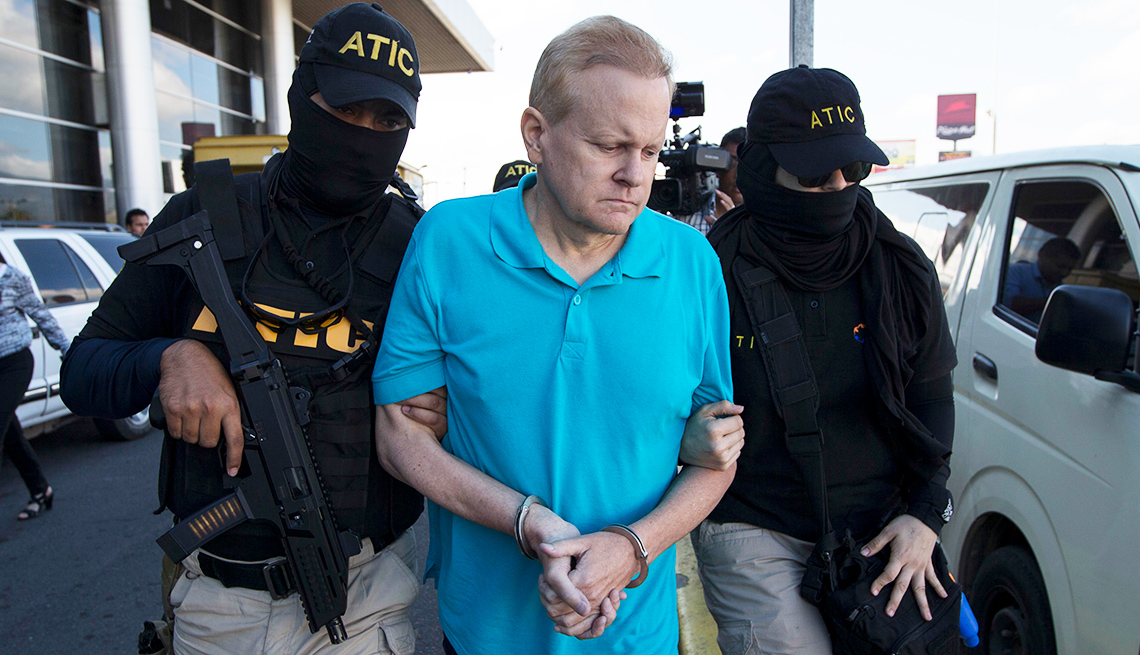 A Kentucky lawyer who vanished for six months faces more consequences for his role in a $500 million Social Security fraud case.

Eric Conn was in a federal courtroom in Lexington, Kentucky, on Wednesday, after being flown back to the United States following his capture outside a Pizza Hut in Honduras.

White told reporters he expects prosecutors to pursue more than a dozen charges that would have been dropped in the original deal. Conn could face a life sentence.

Conn, who fled in June after cutting his ankle monitor, was sentenced in absentia last summer to a 12-year prison term for stealing from the government and bribing a judge as part of the more than $500 million Social Security fraud case.

Conn represented thousands in successful claims for Social Security benefits. But former clients and their families cheered his capture. As part of the fallout, the Social Security Administration identified about 1,500 beneficiaries who had retained Conn who were made to undergo hearings to keep their benefits, said attorney Ned Pillersdorf, an attorney for many of Conn’s former clients. About 700, he said, have been found eligible.

But his empire crumbled when authorities discovered he had been bribing a doctor and a judge to approve disability claims based on fake medical evidence.