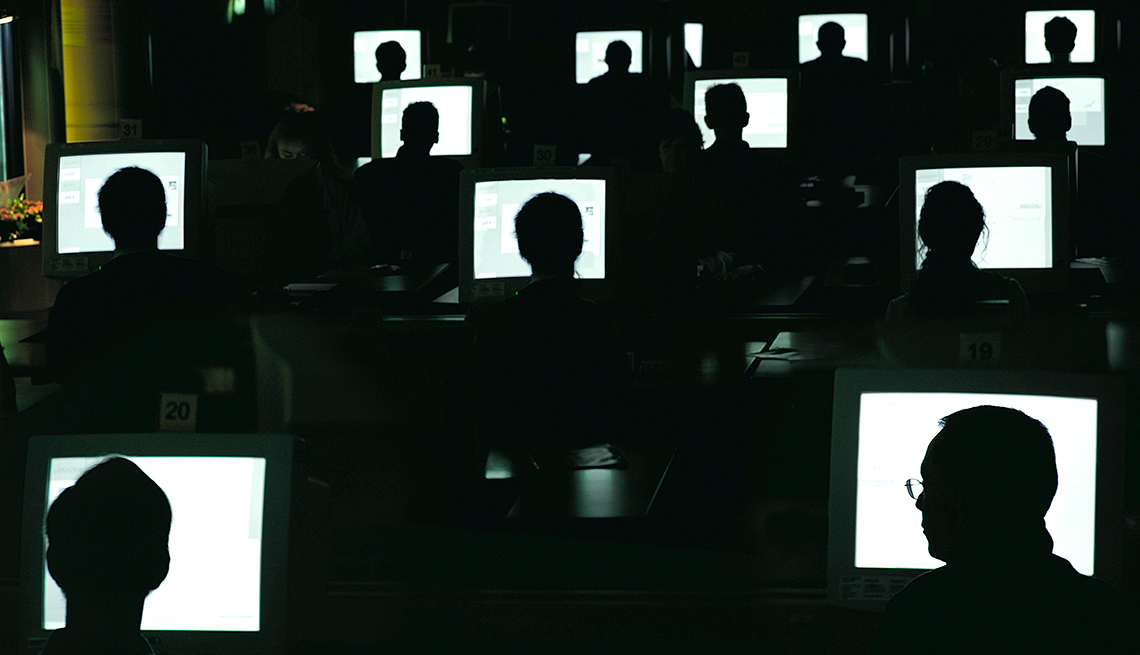 Christina Young came home one evening in 2015 to find that her husband had purchased a tech support package to fix a problem with his computer. She felt a wave of panic when Jerry said he had given the company their checking account and bank routing numbers so it could withdraw the $439 payment. “I was cold with fear,” recalls the 73-year-old retired strategic planning consultant, who now lives in Knoxville, Tenn.

Apparently, she may have been right to worry. Earlier this month the tech support company that Jerry Young contacted, Trothsolutions Inc., was sued for deceptive practices by the Federal Trade Commission and the Alabama attorney general. The lawsuit was part of an international crackdown on questionable tech support companies called Operation Tech Trap.

Trothsolutions is accused of deceiving consumers, through phone calls and pop-up ads, into thinking their computers were infected with a virus or malware and then charging them for unnecessary fixes. To gain people’s trust, the company made it appear that it was affiliated with familiar tech firms, according to the complaint.  “After convincing consumers that their computers are in urgent need of repair, defendants offer to remotely provide needed repairs as well as a ‘software warranty & security’ service as an ‘additional benefit,’ ” the lawsuit notes. Trothsolutions charged consumers $200 to more than $1,000, totaling at least $2 million over a few years, according to the complaint.

The Youngs’ troubles began on a Friday afternoon in November. Jerry Young, a 79-year-old retired dentist, says he visited a website he thought was affiliated with Apple, and a pop-up window appeared on his screen.  In his written testimony, he said:

“I thought the popup was a message from my computer; I did not realize it was an ad. I believed there was a problem with my computer so I clicked on the popup. I went into Apple and asked for help. I believed I was dealing with Apple tech support.

“They took control of the computer and talked to me through my computer. They worked on my computer and I believed that they had fixed it. Then they went into a sales pitch for extended support services. One to three years, it was cheaper per year if you paid for three years. I agreed to pay $439.00. I previously had a positive experience with an online tech support company so I thought this was legitimate.”

In an interview this week, Jerry Young says: “This was obviously different. They wanted the check routing number. I gave it to them, like an idiot.”

Christina Young moved quickly and closed their checking account, but the story did not end there. “Within a few days of closing our bank account, Troth began making repeated harassing phone calls to collect the $439.99. At one point, they called every day,” Jerry Young stated in his testimony. A letter from a debt collection firm seeking payment soon followed.

“We are deeply embarrassed and ashamed that people would think we were doing something like this,” says Madhu Sethi, of Boca Raton, Fla., who founded Trothsolutions with his wife in 2014. Most customers were happy, he says, and the firm had a 30-day refund policy.

“Where we went wrong is outsourcing our entire support to people in India,” says Sethi. “They didn’t monitor what they were saying. They could have abused some customers or said something wrong, and then it opened the eyes of the FTC and we got caught in that.”

Sethi also says the calls to the Youngs did not come from Trothsolutions. The calls stopped about a year later, Christina Young said recently, when they moved to a retirement community in another city.

The couple filed complaints with the FTC, the Better Business Bureau and regulators in their home state. The FTC forwarded the letter to the Alabama attorney general.

Today when any computer bug arises, the Youngs seek help from a local firm or a tech-savvy friend.

Jerry Young now offers this advice to others: “Don’t click on anything you don’t know. And just be leery of any pop-up ad.”

The AARP Fraud Watch Network can help you avoid falling prey to tech support scams. Click here for more tips and advice and to sign up for our Watchdog Alerts.

Subscribe to the AARP Money Newsletter for more on finances, scams and fraud