Join us Thursday for a live coronavirus Q&A: Vaccines, variants and coping. Find out more.

Have a look at our Scam Alert archive for past warnings about the con artists who too often seek to part Americans with their hard-earned money.

That deposed Nigerian monarch who asks for help to get his fortune out of the country — promising a portion into your hands — rates as a real king in one way: His infamous letters — the very first mass scam on the Internet, according to online security products firm Panda Security — are still going strong.

In fact, they're among the top 10 online scams of this decade, the firm reports.

Before e-mail allowed for mass reach, self-described foreign kings and dignitaries pitched their pleas by U.S. mail, and that cost postage they hoped to get back in spades. However the pleas arrive, they typically begin with an offer from a purported government figure in the throes of political unrest. Help transfer my fortune to safer grounds — your bank account — and part of it will be yours, claims the bogus royalty. All that's needed is your bank account number and other personal information. These scams are so common they rate their own category, "419 scams," named for the Nigerian criminal statute for fraud. 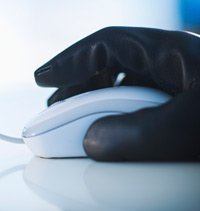 If you bite, you're told in subsequent messages that you'll need to pay $1,000 or so up-front, for taxes, bribes or other expenses. The money you send is never seen again, but is followed by demands for more of it. When you finally catch on to what's happening, these scammers often turn to identity theft, "draining bank accounts and credit card balances until the victim's assets are taken in their entirety," reports the FBI.

Millions of people have gotten wise to this trick in recent years, but a related ploy to make Panda's list is a salt-in-the-wounds follow-up: Correspondence that often comes from the same scamming ring claims you might be able to get money from a fund established to compensate Nigerian letter victims. That money, of course, is only available after you send money for taxes, insurance or other bogus fees.

Here are five more top Web scams from 2000 to 2010, based on frequency and wideness of distribution:

See more of the top web scams of the last decade. >>>

Sid Kirchheimer is author of Scam-Proof Your Life (AARP Books/Sterling).