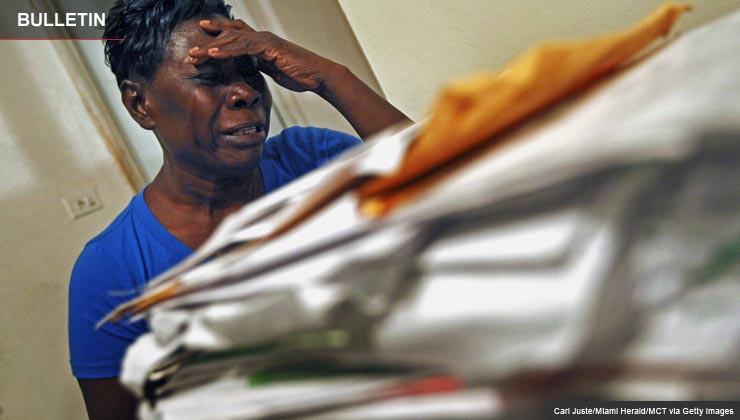 Ever since the housing market took a dive, foreclosure scams have been spreading like wildfire. And that's not about to change, what with some 4 million homeowners currently delinquent on their mortgages and another 1.6 million already in the foreclosure process.

What is changing, though, is the age of people being targeted in so-called rescue scams, in which you're promised help in hanging on to a property threatened with foreclosure.

In the first six months of this year, more than 40 percent of all reported victims were 51 or older, up from 36 percent in July through December 2010 and 26 percent from October 2009 to June 2010, according to a report by the Lawyers' Committee for Civil Rights Under Law, a nonprofit advocacy group.

Typically, the losses come in the form of upfront fees paid to scammers who get in touch after learning of a foreclosure from newspapers, specialty publications or public records.

Among many other sins, they generally ignore federal rules that forbid foreclosure assistance or loan modification companies to collect fees until the lender has agreed to the relief in writing.

Here are six schemes scammers use to rip you off:

1. Lawsuit lures. In the latest variation, you receive a letter inviting you to join a class action lawsuit against your mortgage company. This bogus offer is made more believable by the widely publicized "robo-signing" scandal of last year, in which lenders were accused of hiring unqualified people to falsify foreclosure paperwork en masse.

In these letters, reports the FBI, you're told that you can be a plaintiff in what's known as a "mass joinder" lawsuit — but only if you pay a nonrefundable upfront fee of $2,000 to $5,000. In reality, class-action attorneys are typically are paid only after the case is over, and only if they've won.

2. Phony counseling. For an upfront fee of hundreds or thousands of dollars, self-proclaimed "experts" (they may claim to be lawyers) say they can negotiate a deal with your lender to reduce your mortgage payments or save your home.

On top of the fees, these counselors may insist that you make mortgage payments directly to them while they work out the promised deal with your lender. After several months of collecting, they disappear.

3. Phoney forensic audits. Crooks offer to review your mortgage documents to determine whether your lender complied with state and federal laws. The claim is that the resulting "audit report" will help you avoid foreclosure, speed up a loan modification or reduce or even forgive your mortgage. "Nothing could be further from the truth," says the Federal Trade Commission in a consumer alert.

4. Rent to buy. Scammers say that if you surrender your home's title to them, you can remain under your roof as a renter and buy the home back later.

Forget claims that this prevents foreclosure and can improve your credit rating — here's the real deal: The bad guys raise the rent to evict you, make the buy-back terms so stiff that you can't reclaim your home; or just let the foreclosure proceed.

5. The sell shell. Fraudsters offer to find a buyer for your home, but only if you sign over the deed and move out. Once the deed is transferred, they rent the home to someone else and pocket the proceeds while your lender goes ahead with the foreclosure.

You lose your home, and you're still responsible for the unpaid mortgage because transferring the deed does nothing to transfer what you owe on the mortgage.

6. The "sign here" shuffle. The granddaddy of foreclosure rescue gotchas is a simple bait and switch, with your signature as the scammer's goal. Under the guise of some promise — an "assistance loan" of $10,000, for instance — you're asked to sign a stack of paperwork. Buried deep within, amid a rushed "sign here, initial there" routine, is a document that sells your home for $10,000. You get a check that you think is a loan, but in fact it's the fire-sale price of your house.

Other scammers hide a title transfer document in the stack, giving them your house for free. If you get wise midway and don't sign, they may forge your signature.

The bottom line: Avoid self-proclaimed rescuers. Get legitimate help and information about weathering a foreclosure from trustworthy sources like these:

Also of interest: An escape route from foreclosure. >>