Not every Valentine's Day story has a happy ending. Consider the New Jersey man in his 60s who committed suicide after losing his retirement savings to an alleged sweetheart he met on the Internet. Or the woman in her late 50s now in a North Carolina prison, charged with involvement in a check fraud scheme orchestrated by an online love interest. 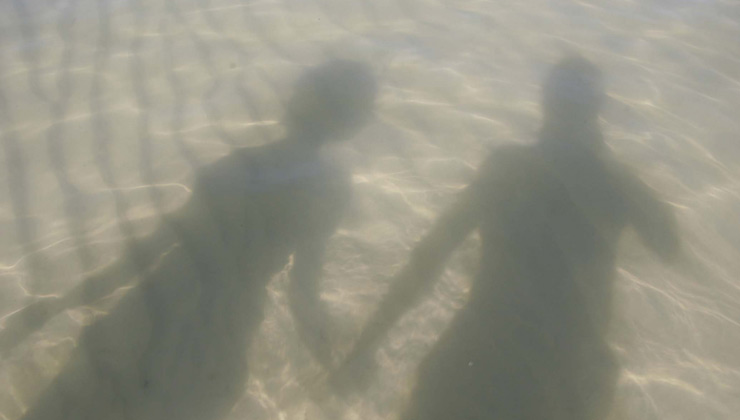 Be smart about being cautious when connecting with strangers online.

Or the thousands of other people who once believed they were struck by Cupid's arrow in cyberspace — only to be wounded in an online romance scam with shame, embarrassment and a financial loss averaging more than $10,000 per person. Those targeted are often boomer age or older, who may be lonely, rich or just looking for fun.

While the majority of people you can meet online are as sincere as you are, more than a few are scammers presenting themselves as beautiful Russian models, wealthy businessmen working overseas or just Regular Joes or Josephines.

The sad truth: Your newfound cyber-sweetheart may be part of an organized criminal ring, a young man sitting at a keyboard in a Nigerian or Russian boiler room.

"They work in groups, joining online dating websites and cruising chat rooms, each sending out literally hundreds of e-mails ... all day long to other members. And then they just wait for a response," says Barb Sluppick, who, after falling victim to a online romance scammer several years ago, started RomanceScams, one of several support groups for victims of this widespread but under-reported ruse. Since 2005, she says, her Yahoo support group has drawn more than 50,000 members, with a current active list of 17,000.

The dupers often tailor their identities based on information you supply on your profile. If you're a fifty-something woman who declares a love for dogs, you may hear from someone claiming to be a sixty-something executive who volunteers at an animal shelter.

After a few weeks of sweet talk, there comes the inevitable hook: Your friend needs your help.

You may be asked to send money for some personal emergency or a plane ticket to come see you. The scammer may say that he or she is unable to cash a paycheck due to working overseas: Let me send you my check — you can cash it and then wire-transfer the money back to me. The check looks genuine, but in fact it's counterfeit, and you can be liable for funds that you send to your friend — and perhaps arrested for check fraud.

Other scammers will ask you to join in phony business ventures. Romance cons often involve "reshipping" schemes, in which you're sent merchandise purchased with stolen credit cards and told to forward it to an overseas sweetheart.

There's a new twist that Sluppick says is "growing by leaps and bounds" (though firm statistics are few because victims are usually too embarrassed to report it): Romance scammers are claiming to be soldiers in order to target patriotic women of all ages. "I even heard from the Army about the photograph and identity of an actual retired general being used in an attempt to scam older women," says Sluppick.

Whatever the angle, if you fall for the first come-on, you'll get follow-up pleas until you wise up or run out of money. After that, you'll never hear from your sweetheart again.

So if you're seeking a match in cyberspace, know the warning signs of con-panionship:

Sid Kirchheimer is the author of Scam-Proof Your Life, published by AARP/ Sterling Books. Have a look at our Scam Alert archive for past warnings about the con artists who too often seek to part Americans from their hard-earned money.