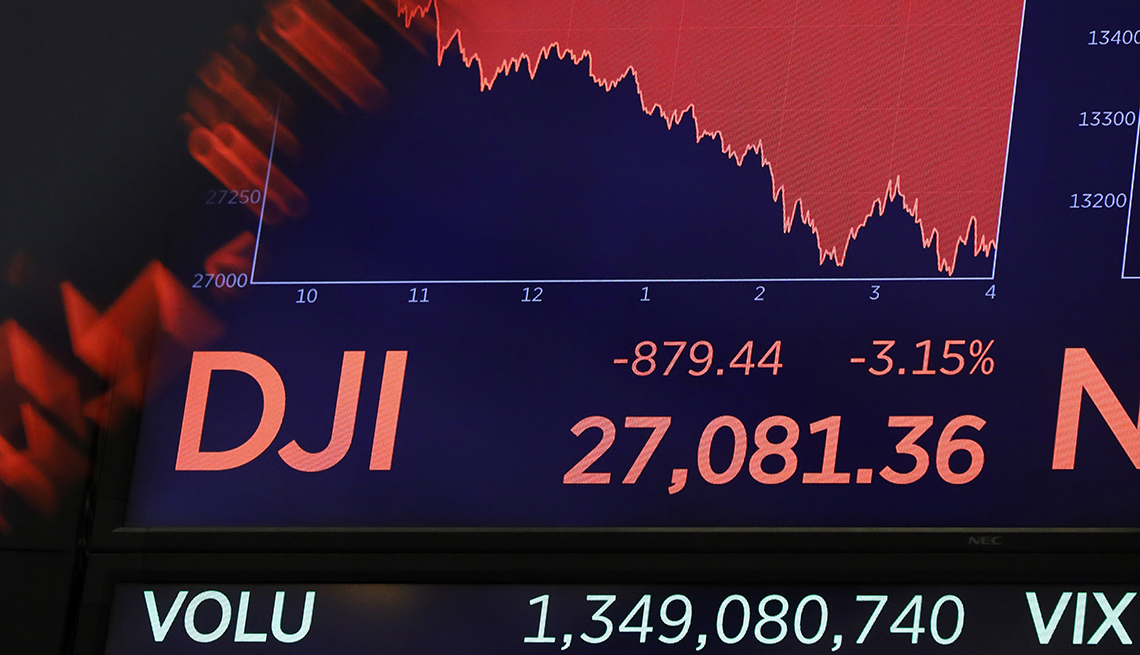 A screen above the floor of the floor of the New York Stock Exchange shows the closing number for the Dow Jones industrial average, Tuesday, Feb. 25, 2020
AP Photo/Richard Drew
By
Feb 25, 2020

Stocks slumped and bond prices soared for the second day in a row as fears spread that the widening virus outbreak will put the brakes on the global economy. The losses came a day after the market’s biggest drop in two years.

Monday’s sell-off sent the Dow more than 1,000 points lower and wiped out its gains for the year. The S&P 500 is now down 7.7 percent from its record high set last Wednesday, and is also in the red for 2020.

As alarming as the losses are, they are not close to being a bear market, which is traditionally defined as a 20 percent decline from its high. Nor do the losses come to the level of a correction, which is a drop of 10 to 20 percent.

A rally in bond prices also cushioned the blow for many investors. The yield on the 10-year Treasury dropped to a record low of 1.33 percent Tuesday. Bond prices rise when bond yields fall, so investors who also owned bonds or bond mutual funds had a small measure of comfort in today’s stock rout.

The latest wave of selling came as more companies, including United Airlines and Mastercard, warned that the outbreak will hurt their finances, and more cases were reported in Europe and the Middle East, far outside the epicenter in China. Meanwhile, U.S. health officials called on Americans to be prepared for the disease to spread in the United States.

The worst-case scenario for investors hasn’t changed in the last few weeks — where the virus spreads around the world and cripples supply chains and the global economy — but the probability of it happening has risen, said Yung-Yu Ma, chief investment strategist at BMO Wealth Management.

“It’s the combination of South Korea, Japan, Italy and even Iran” reporting virus cases, Ma said. “That really woke up the market, that these four places in different places around the globe can go from low concern to high concern in a matter of days and that we could potentially wake up a week from now and it could be five to 10 additional places.”