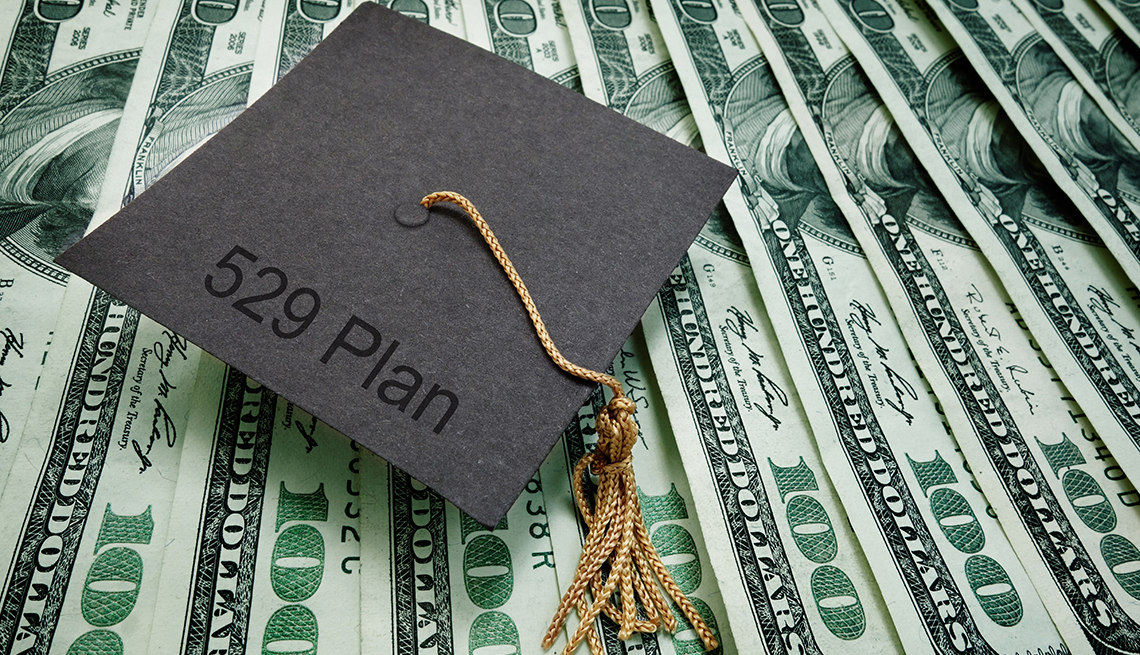 En español | With the average cost of tuition and fees for a private university during the 2019-2020 school year at $36,880, according to the College Board, a grandparent’s money can bridge the gap between a free ride to college and the crushing burden of student loan debt.

“Grandparents often want to leave a legacy for their grandchildren,” says Mark Kantrowitz, publisher and vice president of research for SavingforCollege.com. Opening a 529 plan, a tax-advantaged investment account for educational expenses, is one way to do that.

Consumers make after-tax contributions to a 529 plan, and the investment earnings and withdrawals are tax-free as long as they are for qualified educational expenses such as tuition and textbooks. Thanks to the Tax Cuts and Jobs Act of 2017, 529 plans can also be used to pay for expenses related to elementary, middle and high school. Last year the Setting Every Community Up for Retirement Enhancement (SECURE) Act gave beneficiaries and their siblings the ability to use up to $10,000 apiece from a 529 plan to repay student loans.

While a grandparent can contribute to a parent-owned 529 plan, “some grandparents might not be on the same page as their kids, as far as how money is used,” says Jeff Fishman, founder and managing member of Los Angeles-based wealth management firm JSF Financial. Opening their own 529 plan can help grandparents maintain control.

If you’re torn between opening a 529 plan for your grandchildren or contributing to a plan that is already established, here’s some food for thought to help you make your decision.

Tax breaks may come with ownership

Not only does your money grow in the account tax-free, but some states offer a tax break for contributions made to a 529 plan. However, in some cases only the plan’s owner can take advantage of them. (That would be you if you start one for your grandchild, who would be the beneficiary). “While there are 34 states and the District of Columbia who have state income tax breaks based on contributions, in 11 of those states the state income tax break is limited to the account owner,” Kantrowitz says.

A 529 plan can help with estate planning goals

One benefit of putting money aside in a 529 plan is it “removes that balance from your taxable estate,” says Grace Peng, a Phoenix-based financial planner for Prudential. That means you’ll lower your estate tax liability, making your estate more valuable to your beneficiaries after you die.

However, contributions to 529 plans are considered gifts to the account beneficiary, meaning they could be subject to the federal gift tax if they exceed the annual gift tax exclusion amount, which is $15,000 for an individual donor and $30,000 for a couple.

One way to get around this: Make five years’ worth of contributions upfront, and as long as you stay below the five-year exclusion limit you won’t be taxed, says Kantrowitz. That means a couple could contribute $150,000 ($30,000 for each year) and “it would be prorated over the current year and the next four years,” Kantrowitz says.

If the COVID-19 pandemic has proven anything, it’s that life is unpredictable. Opening a 529 plan for a grandchild rather than contributing to a parent-owned plan gives grandparents another stash of money that can be tapped in an emergency.

As the owner of the account, at any time before the money is withdrawn you would have the ability to take the money out if you had to, Peng points out. Sure, you would have to pay a 10 percent penalty, as well as taxes on the gains from the investment, but you would still have that nest egg if you needed it.

A 529 plan could keep you out of a nursing home

If there is any chance that you may need Medicaid to pay for nursing home expenses in the future, opening a 529 plan might be a liability.

Some states count money sitting in a 529 plan as a countable Medicaid asset if you need government assistance, says Peng. In that case, you may have to wait until your grandchild withdraws the money to qualify for Medicaid.

When a grandparent opens a 529 plan with the grandchild named as the beneficiary, distributions are considered untaxed income to the student. That income could reduce the amount of financial aid the student qualifies for by as much as half of the distribution amount the following year, says Kantrowitz. On the other hand, when a parent opens a 529 plan it is treated as a parental asset and can reduce the child’s financial aid by 5.64 percent at the most.