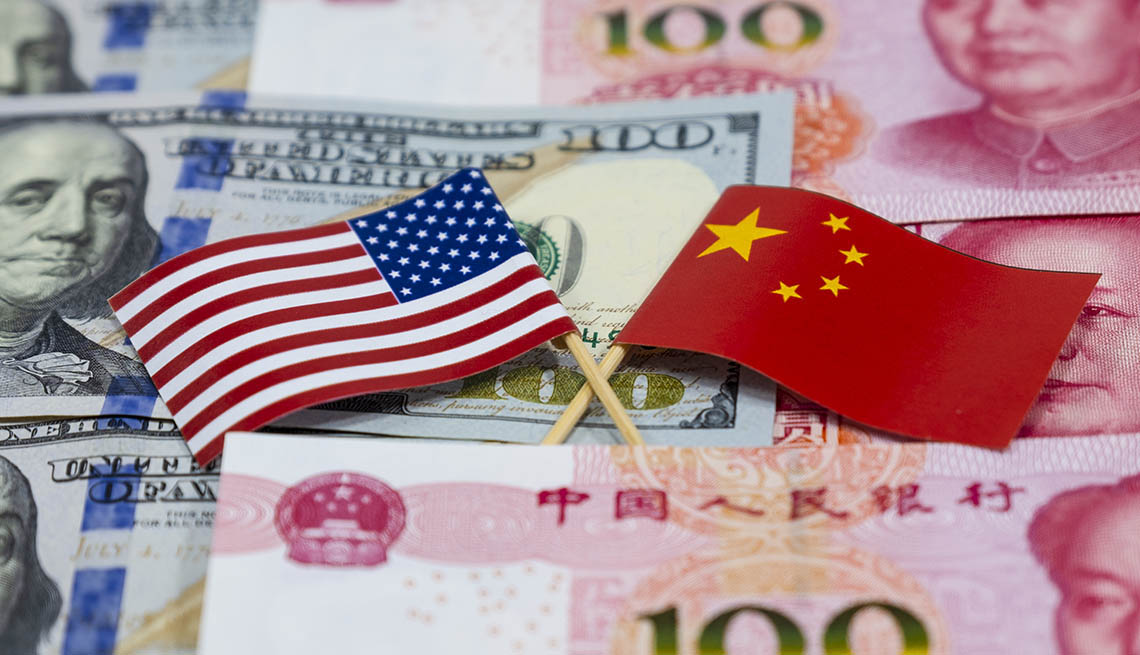 After extensive trade talks with China ended without an agreement, President Trump on May 10 raised tariffs from 10 percent to 25 percent on another $200 billion in Chinese imports. China retaliated three days later, announcing new tariffs on $60 billion of American exports.

Stock markets didn't like the news. Though U.S. stocks fell 6.43 percent in May, international stocks did slightly better, declining 5.51 percent as measured by the total return of the broadest stock index funds. In fact, the NASDAQ briefly entered correction territory, defined as down by 10 percent from its high. Bonds, on the other hand, did quite nicely, with the broadest investment grade bond fund gaining 1.84 percent.

I've had several people ask me what to do. I respond that I don't know a thing the markets don't already know.

For ways to save and more, get AARP’s monthly Money newsletter

Whether the trade war is quickly settled or gets far worse is something we're all going to have to wait and see. The same is true for the possible tariffs with Mexico, though the immediate threat seems to have subsided.

We all benefit from free trade. Can you imagine if each U.S. state put tariffs on goods imported from other states? Such protectionism would be bad for all. Thus, it would be bad as well for other countries, though the trade must be fair. Yet fairness is a subjective concept and at the center of the war.

Here's my advice: First, the escalating trade war is yet another reason I believe in owning international stocks. I've consistently recommended that international stocks comprise about a third of one's stock portfolio. While we live in a global economy, the current trade war is between the U.S. and China. Other countries may benefit (or at least not suffer as much) as they can trade with each country, presumably without the new tariffs.

Second, stocks are risky, which is why there is a need for high-quality bonds. If the trade war escalates, the economy will likely slow. In fact, on June 4, Federal Reserve officials said they were closely monitoring the recent escalation in trade tensions and indicated they could respond to any economic deterioration by cutting interest rates.

Lower rates are good for bonds as long as the issuer doesn't default. Some companies that issue bonds are likely to suffer twofold because they can't export as much with China imposing steep tariffs, and because they can't sell as much of the goods they import since they will have to raise prices to cover the tariffs they must pay. Higher prices lead to lower demand. Thus, some weaker companies may have problems meeting their bond payment obligations.

That's why I recommend either CDs or very high-quality bond funds like the Vanguard Total Bond Market Index Fund (VBTLX), which is roughly 64 percent backed by the U.S. government or government agencies.

Finally, I don't know if the trade war will lead to the next full-fledged bear market (defined as down 20 percent from the high), but I do know it's coming. And I'm pretty sure we are closer to the end of this raging bull market than to when the bull began back on March 9, 2009. That's because we are currently in the oldest bull market in history and the odds of it lasting another decade are low. Own a balanced portfolio and make sure you can withstand the next bear. Markets are far closer to the all-time high than the 2009 low, so we think we can take on more risk since the last bear is now a distant memory.

So, in actuality, I'm doing a whole lot of nothing in response to the escalating trade wars. I'm sticking with my relatively conservative portfolio. If things get really bad and stocks plunge, I'll hopefully have the courage to buy when the herd is selling. That's the same advice I give everyone.