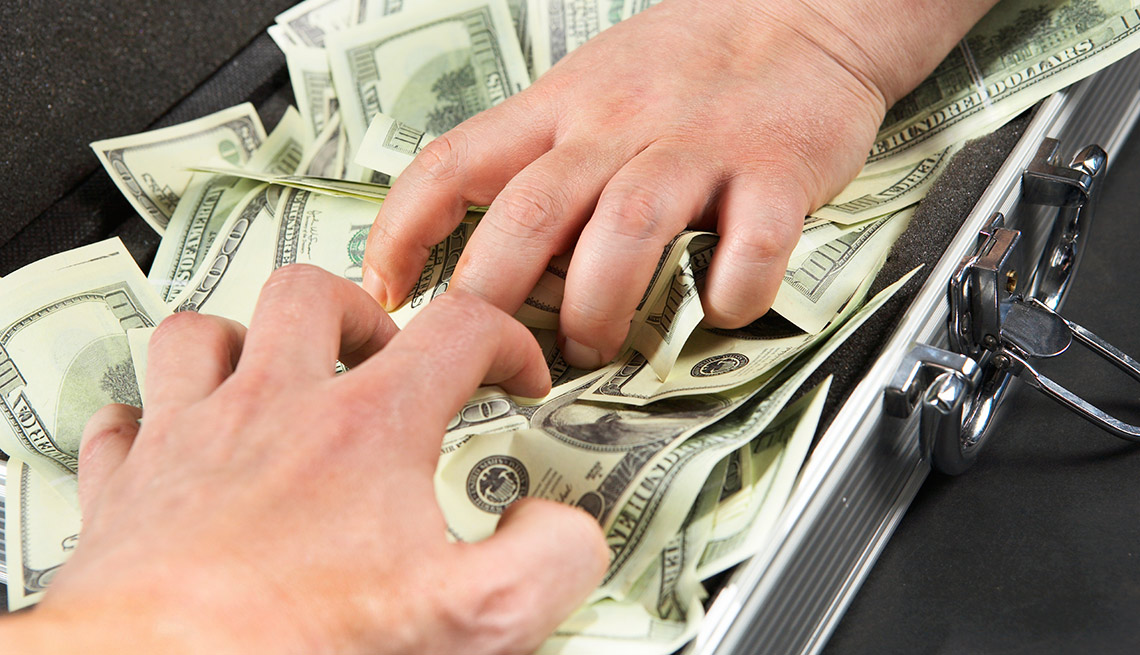 Ensure your assets go to directly to your loved ones instead of through probate.

When you pass away, the tax man isn't the only one who can take a bite out of the assets that you leave behind for your loved ones.

Whether it is cash, real estate, retirement money or other funds, inherited assets can suddenly come up for grabs in a number of scenarios when creditors and others come calling.

Experts say you can often make your estate creditor-proof by avoiding probate, which is designed to pay off creditors. Here's a primer on four ways to avoid probate and prevent outsiders from snatching the money you've left for your heirs. These measures protect your relatives if they ever get sued, file for bankruptcy or go through a nasty divorce after you've died.

Establishing a trust is not only a key way to skip probate court, it can also prevent the assets you've spent a lifetime accumulating from going to predators who might slap your heirs with lawsuits.

Scenario: A 77-year-old man died of cancer. He had a will that left $250,000 to his 26-year-old granddaughter, whom he intended to help buy her first home. Two years after her grandfather's death, the granddaughter got into a minor car accident. The other driver wasn't hurt but sued anyway, eventually winning a big chunk of the young woman's $250,000 inheritance.

Q: While it's great to plan for the assets you'll pass along, what about debts you might have upon death? Can creditors go after your family members and make them pay those bills?

A: It depends. Secured obligations, such as a mortgage, do have to be paid off. But your relatives aren't legally responsible for unsecured debts such as credit card bills. "If Dad is the only one on a credit card, Mom doesn't have to pay it," says Michigan attorney Pat Simasko. "Kids also don't have to pay a parent's unsecured debts" if the parent dies, he adds.

How to prevent this: Establish a trust instead of passing money via a will, recommends Elise Gross, an attorney with the Presser Law Firm P.A., a Boca Raton, Fla.-based company that operates nationwide.

"The trust can specify that the money only be used for certain purposes, like the education, care or support of a specific beneficiary. This way, there can be no payout to creditors," Gross says.

In some states, such as Florida, living trusts are commonly used. These trusts are called "revocable" because you control them and can change them at any time while you are alive. Once you die, however, your living trust becomes irrevocable (since you aren't alive to revoke it), and the trust is a separate legal entity.

In New York and New Jersey, people typically create testamentary trusts, Gross says. This type of trust is created by the terms of a will, and the trust only takes effect upon a person's death.

Both types of trusts can contain specific language and provisions that prevent your beneficiaries' creditors from seizing any trust assets.

Unlike wills, "trusts are not a matter of public record. They're a tool for maintaining privacy," says Reid Abedeen, a partner at Safeguard Investment Advisory Group LLC. "In addition, trusts are much more difficult to contest than a will."

A final advantage of a trust over a will is that a will has to go through probate, which is expensive and time-consuming. Probate costs can eat up more than 3 percent of an estate. So if you bequeath $1 million through your will, your heirs could pay more than $30,000 in probate expenses and wait a year or more for their inheritances.

Be careful with how you pass along retirement assets such as IRAs and 401(k) plans. Creditors can sometimes go after those monies if one of your loved ones winds up in bankruptcy court.

Scenario: A 62-year-old mom died of diabetes and left her $100,000 IRA to her only daughter. Five years after receiving the inheritance, the daughter ran up a lot of credit card debt and filed for bankruptcy. She claimed the inherited IRA was exempt from her creditors, but the bankruptcy court disagreed and that money was used to pay off the debt.

How to prevent this: Leave IRAs to beneficiaries in a separate IRA trust to keep the funds away from creditors.

"The Supreme Court ruled in 2014 that any time a child or grandchild inherits an IRA, it's no longer protected from creditors," says Pat Simasko, head of Simasko Law and Simasko Financial in Mount Clemens, Mich.

By creating a stand-alone IRA trust for children or grandchildren to inherit an IRA, your offspring "will have access to the money, but creditors won't," he says.

Fortunately, married couples don't have to worry about this problem. Under current law, if Mom dies with an IRA, Dad is allowed to receive her IRA assets as a "spousal rollover" and the funds are protected from outsiders.

Money held in a life insurance policy is protected from creditors, so any death benefit or cash value is protected and will go directly only to the individuals or organizations you name as beneficiaries.

But once life insurance proceeds are distributed as cash to your beneficiaries, the funds are open to attack from anyone, including your child's conniving ex-spouse.

Scenario: A couple in their mid-80s has spent a lifetime together working hard and saving money. They have $1.5 million in life insurance and have told their three sons that each of them will receive $500,000 in insurance payouts. The youngest of the three sons is going through a bitter divorce with his estranged wife. The soon-to-be ex-wife has already told her lawyer about her spouse's anticipated inheritance, and she feels entitled to a piece of it.

How to prevent this: To thwart a bitter ex from trying to lay claim to your kid's inheritance, safeguard the life insurance by putting it an irrevocable life insurance trust (ILIT).

An ILIT is a tool specifically designed to own life insurance. Just like other trusts, the ILIT has a trustee, beneficiaries and precise terms for distributions.

"You can add protective provisions, like a spendthrift clause and a discretionary distribution clause, to keep the insurance proceeds from your beneficiaries' creditors," Gross says.

A spendthrift clause prohibits the trustee from transferring trust assets to anyone other than the beneficiaries. That includes an ex-spouse, creditors or even the IRS. "A spendthrift clause also says no beneficiary is permitted to assign, pledge or sell any interest in the trust — whether trust principal or income," Gross adds.

If you own joint assets or name beneficiaries on your accounts and assets, a creditor cannot seize what you leave behind after you die. Instead, the money will go directly to the person(s) listed on the accounts. But for the unsuspecting who haven't titled their assets properly, there are pitfalls.

Scenario: A 58-year-old married traveling salesman died of a sudden heart attack. There was an $80,000 bank account in his name alone that had to be probated. His wife later discovered a $60,000 credit card balance, about which she knew nothing. It turns out the husband had a girlfriend on the side. After he died and the bank account went through probate, the wife was forced to use those bank funds to pay off the credit card bills.

How to prevent this: Make sure the spouse is named as a beneficiary on the bank account, which keeps the asset from having to go through probate. "If Dad dies and Mom is on the [bank] account, it's hers," Simasko says.

Adding beneficiaries to financial accounts is another creditor-busting move, since those assets avoid probate upon the death of the first account owner. But in this instance, it's the deceased person's creditors that won't get access to the money, not the creditors of the beneficiaries.

Instead of having a joint owner listed on the title of certain accounts, a variation on this technique is to have a named beneficiary listed on your accounts, such as a 529 plan that may be for the benefit of a grandchild's college education.

Another way to bypass probate and pass along the money to your heirs is to choose a payable-on-death (POD) or transfer-on-death (TOD) account designation. This differs from a joint tenant or co-owner arrangement because your heirs only have access to the fund after your death. Joint tenant and co-owners have access to the funds while you are alive.

"You deserve the peace of mind in knowing that your life's economic work will be executed as specified, and your family will be grateful to you for not leaving them with the headache of trying to sort out your estate," Abedeen says.