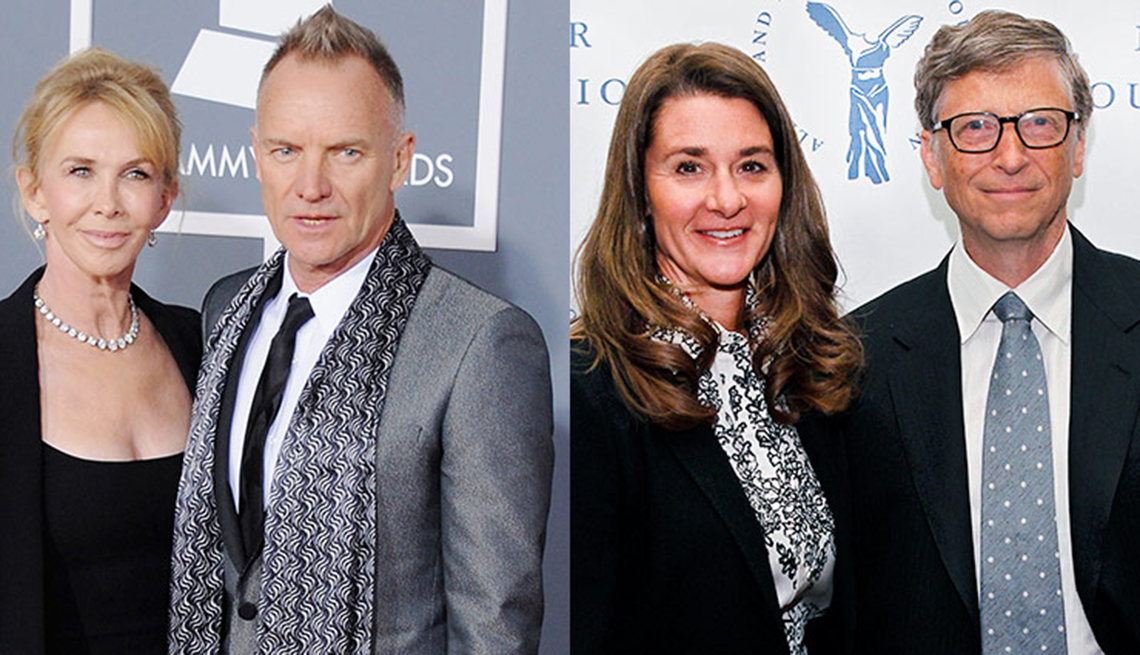 More wealthy parents — celebrities such as Sting and Bill Gates — want their offspring to work for a living rather than live off an inheritance.

En español | Sheribel Rothenberg's two children didn't lack for anything growing up. But the Chicago attorney encouraged them, as teens, to work during summers, both for the experience and to develop a work ethic.

"It's a common concern of parents that your children understand the importance of good work and making contributions to society," says Rothenberg, 70. Her children learned not to expect to stroll down easy street, courtesy of the bank of Mom and Dad. Today, one is a chief operating officer at a Los Angeles investment firm, and the other runs a Washington, D.C., think tank he founded.

Rothenberg is not alone in her thinking. More parents — including some celebrities — want their offspring to work for a living rather than live off an inheritance. For example, the entertainer Sting says he'll spend his $300 million fortune rather than leave it to his children.

Actor Philip Seymour Hoffman insisted he didn't want "trust fund kids," and after his death this year, his $35 million estate went to the mother of his three youngsters. And the world's richest person, Microsoft founder Bill Gates, told an interviewer he's not making billionaires of his kids.

"Nope. They won't have anything like that. They need to have a sense that their own work is meaningful and important," said Gates, following in the footsteps of billionaires Warren Buffett and Michael Bloomberg, who are giving away the bulk of their fortunes.

"Trust fund kids" — derisively called "trustafarians" by some — conjure visions of spoiled and unmotivated young adults. Many wealthy parents and comfortably well-off ones worry that giving too much to children will destroy their drive or make them poor money managers. And many prefer to say nothing about their finances or concerns to their kids. A recent poll by investment bank UBS of nearly 2,900 affluent investors with at least $250,000 in investable assets found that one-quarter of the parents didn't discuss inheritances because they didn't want kids to feel entitled, while one-third didn't want their children to count on the money.

Donor-advised funds are a good alternative if you don't want the expense of or have the resources for running a foundation and want to teach the next generation about philanthropy. These funds are administered by community foundations and investment firms, such as Fidelity Investments, Vanguard and Charles Schwab. Assets in donor-advised funds currently exceed $45 billion. Fidelity's program awarded nearly $1.1 billion in grants during the first half of 2014. This is how the funds work.

But financial advisers say parents can avoid the worst of their fears by being open about finances and instilling philanthropic values and a work ethic in children early on. And if that doesn't work, parents can resort to creating trusts so children don't fritter away an inheritance.

Boomers should be especially concerned; they're expected to transfer more than $30 trillion to heirs — more than twice the sum boomers stand to inherit, reports consulting firm Accenture. And if the past is any guide, fortunes made by one generation may be wiped out by the third through profligate spending and a weakened work ethic.

Tom Rogerson experienced this trend firsthand. His great-grandfather, president of one of the then-largest financial institutions in Boston, amassed a fortune of more than $78 million in today's dollars. The family patriarch made all the financial decisions, so heirs never learned the basics of wealth management, such as how much they could spend without depleting assets, Rogerson says.

Growing up, nothing was off-limits, with the family going through seven planes and six yachts by the time he was in his early 20s. "I thought this was normal," he says. Yet, when it came time for Rogerson to inherit, little money was left.

Today, at age 58, he is a senior managing director at Wilmington Trust in Boston, advising affluent parents worried about leaving large sums to kids. His message is simple: "If you can prepare your children to be responsible with your wealth, then maybe you won't worry about leaving them a little more."

Some parents use a Roth IRA to begin a conversation with teenagers about saving, investing and setting goals, says John Bacci, a planner with Foundation Financial Advisors in Linthicum, Md. Once a teen has a job, parents can contribute to the Roth on behalf of the child or match every dollar the young worker puts in, says Bacci.

Christie Johnson, 65, of Pasadena, Md., plans to contribute $1,000 annually to Roths for her goddaughter and three grandchildren, hoping this will seed retirement nest eggs and foster a work ethic. "At the end of the day, I'm going to vote with Sting," she says. "There is value in working. You learn not just how to do something on the job, you learn about yourself and grow as a person."

To encourage philanthropy, some parents use donor-advised funds. Donors make a tax-deductible gift to a fund and then recommend which charities receive grants from it. Parents get children involved by having them research charities and suggest grants.

Along with offering a financial education, parents should engage in some straight talk with their children. At some point, parents need to clue in offspring regarding estate plans, so children won't be blindsided or count on money that will never come. Exact figures don't have to be divulged, and most children are mature enough by age 21 to understand the gist of such a conversation, says Louise Gunderson, a financial adviser with UBS Wealth Management Americas in New York. "The right time is when you think your child has the values he or she needs," she says.

If frank conversation and work advice fail, the next generation can always be reined in using various kinds of trusts. In cases where children are financially immature and, say, under age 35, the trust might distribute an inheritance in stages so the cash isn't blown all at once, says Paul Riekhof, an estate-planning lawyer in Rockville, Md.

But for spendthrifts or those with a gambling or drug addiction, "where money goes very quickly," says Riekhof, a parent can set up a "spendthrift trust," which distributes cash at the trustee's discretion. Or, parents who want to encourage certain behaviors can create "incentive trusts," which pay out only if children meet set goals, such as graduating from college.

Some heirs resent a parent's interference from the grave, while others accept it. "Lots of children are well aware of their parents' concerns," Riekhof says. "If it is done right, parents have been having conversations with them for years."