Q. My car insurance premium has gone up but we haven't had any accidents. Are insurance costs rising in general?

A. It seems they are. According to the consumer price index (PDF), which measures the cost of goods and services, average motor vehicle coverage policies were 3.8 percent higher in April 2011 than in April 2010. 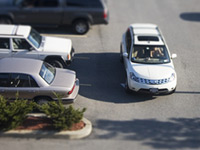 Older drivers with a record of violations are likely to be charged even bigger increases, Insurance.com found. In a separate analysis of nearly 400,000 policy rate quotes offered to drivers age 65 and older, those who had just two violations were quoted 57 percent more than people of the same age who had no infractions.