Freda Green's nightmare began with an unexpected $41,000 check she received from the federal government following the death of her retired GI spouse in 2003. 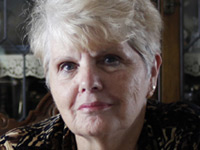 She was told it was for part of the premiums her late husband had paid for a military-backed annuity insurance program. Because Green, 74, of Brooksville, Fla., would also receive a Veterans Affairs survivors benefit, the amount of her monthly annuity payment would be offset — or reduced. Only half of the premiums would be needed to fund the annuity.

Many military spouses are subject to the government's "widows tax" policy, in which a person whose military spouse dies from a service-related cause can't collect both survivor benefits and full annuity benefits — unless he or she remarries at age 57 or older, according to a 2009 judge's ruling.

In light of that ruling, Green was supposed to get the full annuity. But after she remarried last year, Uncle Sam still wanted the $41,000 back.

In November, Green got a letter saying she had to repay the $41,000 with interest — within 45 days — or the money would be deducted from a monthly annuity payment. In January and February, $577 had indeed been deducted. "It just blows my mind," she says.

"It's all about dollars," says retired Rear Adm. Norb Ryan, president of the Military Officers Association of America.

Sen. Bill Nelson, D-Fla., has tried to introduce legislation repealing the offset. Rep. Joe Wilson, R-S.C., has introduced a bill that would not require widows to repay previously refunded premiums.