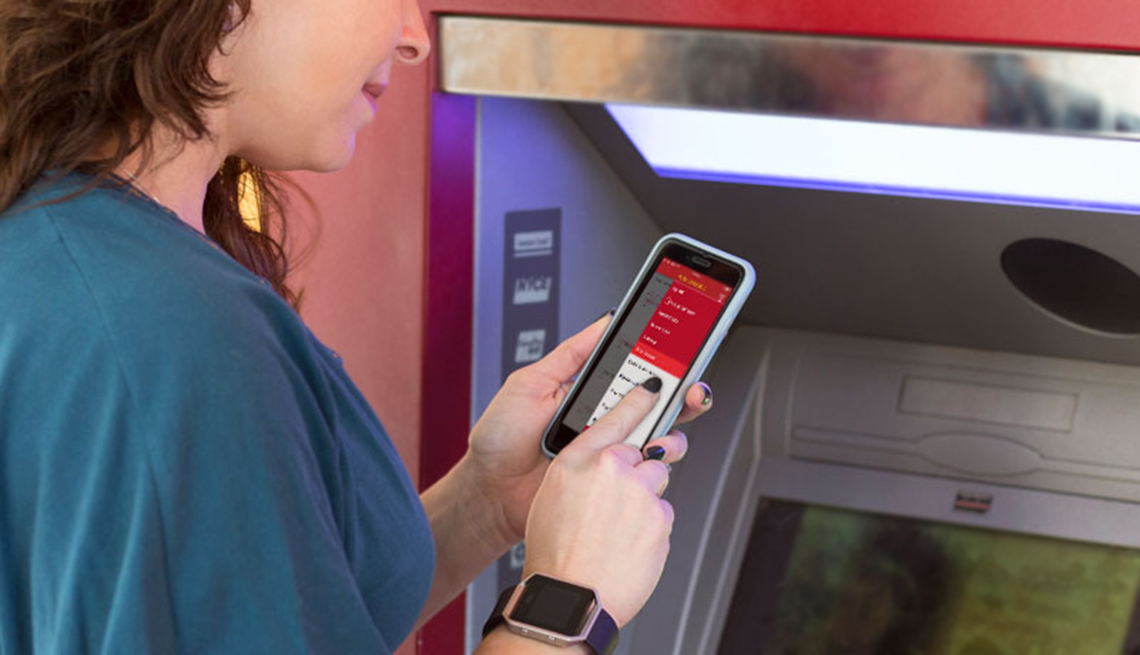 Wells Fargo is the first major bank to introduce card-free ATM access at all of its locations.

Just in time for people who keep forgetting their wallets, Wells Fargo is rolling out a feature that enables customers to get money from their ATM account without a debit card.

Starting this year, Wells Fargo customers can download an app onto their smartphone that allows them to visit an ATM, key in an 8-digit code transmitted to their phone, plus their PIN, and obtain cash.

Card-free ATM access is something more and more banks are providing, although Wells Fargo, with its 13,000 ATMs nationwide, is the first major bank to introduce it at all of its locations. Wells Fargo spokesman Jonathan Velline, head of branch and ATM banking, told the Washington Post that the new system is more secure than keeping a piece of plastic stuck in your wallet. With a bank card, a thief needs only the four-digit PIN. With card-free access, a thief would have to steal your smartphone, hack into it, hack into the Wells Fargo app on your phone and then figure our your PIN.

Customers can log into the Wells Fargo app either with a thumbprint or by typing in their online banking password. The eight-digit password the app generates expires within 30 minutes.

Card-free ATM access and card-free payment options in general are gradually catching on, said Sarah Grotta, head of debit card research at Mercator Advisory Group. PayPal has a phone app that allows subscribers to pay for goods without digging for their wallet, as do Apple Pay and Android Pay. JP Morgan Chase and Bank of America have also introduced card-free options at some of their ATMs.

“People are interested in doing more with their phones,” Grotta said. “So eventually, we will get there.” Whether this is progress depends on whether you are more apt to forget your wallet or your smartphone or your PIN — or all three.