For as long as James Sappington can remember, he's relied on credit. As a kid, that meant using a charge account at the local grocery, but over the years Sappington's credit dependency ballooned.

"Credit cards to me became a way of life — if you didn't have the cash, just buy it anyways," says Sappington, now 67 and living in Merriam, Kan., of his philosophy.

Balances built up with little charges — clothes and dining out — alongside birthday and Christmas gifts. But in 2002, Sappington's spending took a new turn. Fresh from a divorce, he decided to rehab his house before getting remarried, ultimately charging an entire house worth of furniture and electronics on his credit cards. 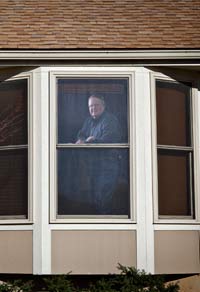 By early 2005, Sappington and his new wife, Beth, 65, owed $60,000 spread over a half-dozen credit cards and he knew something needed to change if retirement was to be a reality. The couple stopped using credit cards entirely, started living on a budget and paid off the debt in late 2008.

"I decided that my way wasn't working," Sappington says.

Now a series of reforms are making it harder for other consumers to fall into the convenient trap where Sappington found himself. In February 2010, the Credit Card Accountability, Responsibility and Disclosure (CARD) Act took effect, imposing sweeping new limits on interest rates and fees and requiring credit card statements to spell out the true level of a consumer's debt more clearly. What's more, the new law forced creditors to verify a person's income, assets and financial obligations before issuing credit.

But more is yet to come. A financial reform package that was supported by AARP and became law in July 2011 established a new federal agency designed to protect consumers. The Consumer Financial Protection Bureau opened its doors in July 2011. Simplifying credit card contracts is among its top priorities, according to Elizabeth Warren, who helped create the agency.

Moreover, consumer advocates say the very existence of the agency will offer consumers something they've never had before — a government office to approach when they have a problem with their credit card issuer.

"It's quite extraordinary," says Linda Sherry, director of national priorities for Consumer Action. "This new bureau will actually be at bat for consumers."

It's too early, Sherry and other advocates say, to predict what the long-term results will be of the recent reforms and the new agency, but there's reason to be hopeful.

"[The CARD Act] didn't fix everything perfectly but it did take care of the major problems," says Lauren Bowne, a staff attorney at Consumers Union who focuses on financial issues. Similarly, Bowne says the financial reforms created a framework to establish further protections. She warns, however, that "credit card companies are always good at finding new ways to make money."

That's a lesson Sappington learned the hard way. Today, he's still working, a year after he expected to retire — a lingering result of all the debt he racked up.

"They were too available and for a time they did make things easy," Sappington says of credit cards. "Unfortunately, the more you put on them, the meaner they got."