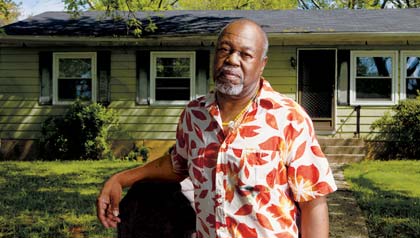 Editor's Note: On Sept. 30, 2013, a federal trial court in Washington, D.C., ruled that HUD violated federal law when it did not protect surviving spouses of holders of reverse mortgages.

Robert and Ophelia Bennett assumed that taking out a reverse mortgage on their Annapolis, Md., home, valued at $367,000 in December 2008, would help finance their retirement. "We were struggling to make ends meet," says Robert Bennett, 69. "Our mortgage was our biggest burden. We figured if we could get that off of us, we could really make it."

See also: Everything you need to know about reverse mortgages.

One month later, Ophelia Bennett died at 76. Though the couple had lived in the home since 1975, the reverse mortgage was issued only in her name. Robert Bennett says he was told by the lender that he could stay for one year under the terms of the mortgage. Then he'd have to pay the balance or sell.

But by 2010, the property value had plummeted. The market value fell to $100,000 less than the $300,000 Bennett needed to pay off his reverse mortgage and keep his home. He couldn't pay off the loan and was facing foreclosure.

"Losing your wife is a hurt by itself," he says, "but thinking you're going to lose your home, too? And at this age?"

He joined two other older plaintiffs in a lawsuit filed in March by AARP Foundation Litigation and the Washington firm Mehri & Skalet. The suit accused the Department of Housing and Urban Development of abandoning rules that protected surviving spouses in reverse mortgages when it changed regulations in 2008. In April, the plaintiffs scored a victory when HUD rescinded its policy requiring reverse mortgage borrowers of underwater homes to pay off their balance, when it was higher than the home's worth. HUD's action temporarily prevented spouses like Bennett from being evicted.

But it left one issue unresolved: the status of spouses not named on the mortgage but who, according to the lawsuit, are entitled to be protected from eviction and foreclosure. "Many people in this situation, where one spouse is not listed on the reverse mortgage, are in jeopardy of losing their homes," says AARP Foundation senior attorney Jean Constantine-Davis.

What it means to you: Consider a reverse mortgage carefully. If you seek one, make sure the names of both spouses are on the documents.