﻿Inflation drives up price of average holiday meal, ﻿including ﻿turkey ﻿and sides,﻿ by 14 percent 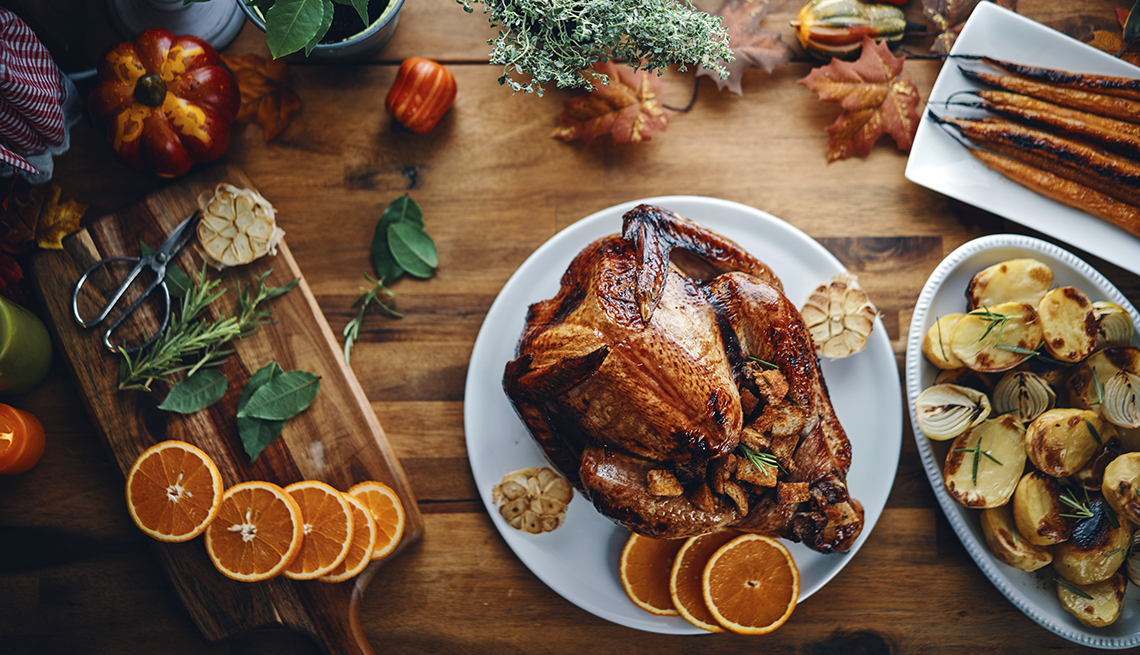 Inflation has hit the Thanksgiving turkey, and most of the trimmings, too.

The average cost of Thanksgiving dinner is up 14 percent this year﻿, to $53.31, ﻿which is $6.41 more than it ﻿cost in 2020, according to the American Farm Bureau Federation (AFBF). The AFBF's data sets the table for 10, ﻿and includes leftovers. The average cost per person is less than $6.

Leading the price hikes this year: ﻿a 16-pound turkey﻿, which costs an average ﻿of $23.99, or $1.50 per pound, a 24 percent increase﻿﻿ from last year. ﻿The AFBF﻿, whose survey was conducted Oct. 26 through Nov. 8, notes that you may be able to get ﻿turkey cheaper now﻿, pointing out that grocery stores started advertising lower prices later than usual this year.

“The average per-pound feature price for whole frozen turkeys was $1.07 the week of Nov. 5﻿–11 and 88 cents the week of Nov. 12–18, a decline of 18﻿ percent in just one week﻿,” ﻿the AF﻿BF said. “Consumers who have not yet purchased a turkey should be able to find one at a lower cost than the Farm Bureau average.” 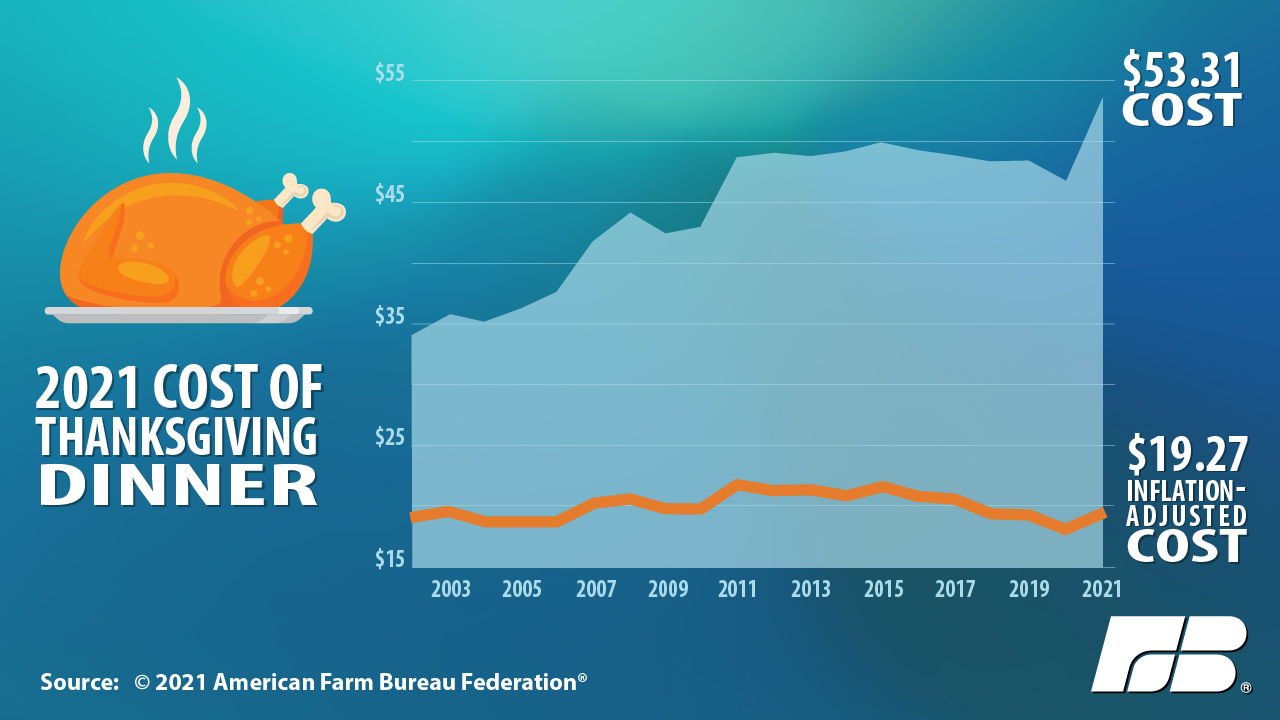 The Consumer Price Index, the government’s main measure of inflation, has risen 6.2 percent ﻿in the past 12 months. “Taking turkey out of the basket of foods reveals a 6.6﻿ percent price increase compared to last year, which tracks closely with the Consumer Price Index for food and general inflation across the economy,” said AFBF ﻿senior ﻿economist Veronica Nigh.

Side prices have risen, too﻿, though ﻿not quite all of them﻿ (the cost of stuffing fell﻿). The AF﻿BF’s dinner include﻿s ﻿enough to serve a family of 10﻿, with plenty for leftovers. (Beer and wine w﻿ere not included﻿.) Here’s the dinner, with all the trimmings (and the price increases)﻿.

The AF﻿B﻿F also creates an expanded menu, which includes ham, russet potatoes and frozen green beans. ﻿That, too, has risen 14 percent from 2020, to $68.72. ﻿Happily for those who imbibe, ﻿the price of wine has risen just 0.2 percent ﻿in the past 12 months, according to the Bureau of Labor Statistics﻿. ﻿Beer and ale is up 2 percent, and distilled spirits are up 3.5 percent.

The AF﻿BF said that the higher price of a Thanksgiving dinner ﻿is the result of supply chain issues and other economic disruptions from the pandemic, as well as an increase in the global demand for meat. “The trend of consumers cooking and eating at home more often due to the pandemic led to increased supermarket demand and higher retail food prices in 2020 and 2021, compared to pre-pandemic prices in 2019,” says Nigh.

The AF﻿BF uses 218 surveys with pricing data from all 50 states and Puerto Rico, and has been conducting ﻿its annual Thanksgiving survey since 1986. It has used the same meal and ingredients since then. The AF﻿BF also has separate surveys for Arizona, Illinois, Indiana, Louisiana, New York, South Carolina, Tennessee, Texas, Virginia and Wisconsin.

﻿Holiday Shopping 2021: What to Buy and When to Buy It