How Couples Should Have the Money Talk in the Coronavirus Era

Stay calm, be civil, and look at all your options to rebuild financial security 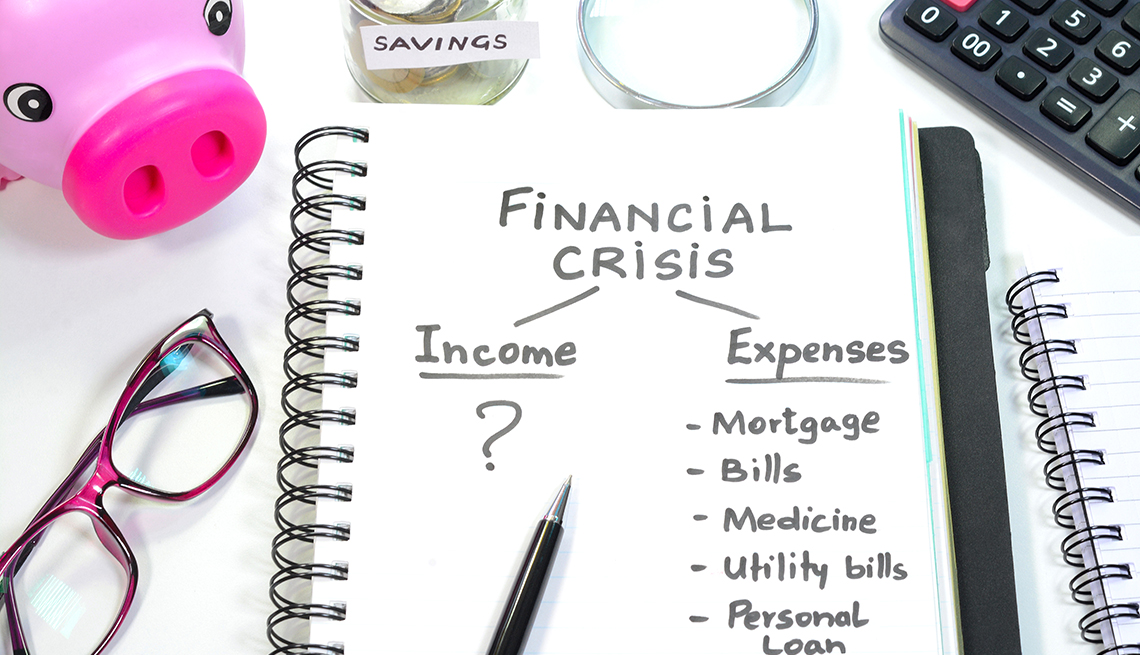 We need to talk.

No, we don't mean the difficult “this-isn't-working-out” chat. We're referring to the dreaded conversation about money problems many 50-plus couples blindsided by coronavirus-caused economic carnage now must engage in.

The economic fallout of COVID-19 has upended the finances of many pre-retirees and retirees: disappearing jobs, shrinking 401(k) balances, crushing cash shortages. To get through this painful financial period, you need to talk things through with your spouse or partner, financial advisers say. The goal? Quantify the size of the hole you're in, and then come up with a plan to climb out.

"It's such an uncomfortable topic that people typically avoid it,” says Jeffrey Corliss, managing director and partner at RDM Financial Group at Hightower. “It can be tremendously stressful, not only from a financial standpoint but also mentally and emotionally.”

But the money talk must be handled civilly. “Managing your own money is hard enough on its own, and adding someone else into the equation can add an entirely different layer of complexity,” says Connor Spiro, CFP, financial consultant at John Hancock. The last thing you want is for your discussion to turn into a family fight. “There are ways to do so without ultimately storming off into the other room,” Spiro notes.

That's not easy, given that money is the number one issue couples fight about, according to Ramsey Solutions.

Here are the dos and don'ts when having serious discussions about money with your significant other.

Do lay out goals you want to achieve

Just as you would do before a meeting with your boss, you must prepare in advance for the money talk with your spouse. You and your partner must have an idea of what you want to talk about, what you want to achieve and what steps you need to take to accomplish the goals you laid out. “People should start separately and just put down their topics, the things they're concerned about, to give some framework to the conversation,” Corliss recommends.

It's also a good idea to broach the idea of a talk about finances before you actually do so, rather than barreling into the kitchen and initiating the conversation when your spouse isn't prepared, says Lindsay Sacknoff, head of U.S. consumer deposits, products and payments at TD Bank.

"A more effective way might be to say, ‘Hey, I'd really like to have a conversation because I'm worried,’ “ Sacknoff says. “Plant the seed about the conversation and what you might want to get out of it. Then step back and plan a good time to have that conversation.”

Do identify the scope of the problem

You can't hatch a recovery plan until you've tallied up the extent of the damage, Sacknoff says. “Talk about what's changed. What is the size of the goal or the challenge? Just putting a magnitude or size [to the problem gets you] thinking about the next stage of the conversation. Often it comes down to, What's coming in? What (funds) do we have access to? What do we need to pay for (such as mortgages, rent utilities, groceries)? What's going out? Do we have a gap, or are we in a good place?"

It's also a good idea to rank your financial problems by severity, Corliss says. If you can't make your mortgage payment, that's obviously your biggest problem. That said, check to see if you're eligible to get a few months’ reprieve from making payments on government-funded loans, which is part of the CARES Act relief program. If you can still make your mortgage payment, maybe it's a car payment that might require a phone call to the lender.

Do come prepared with facts

Treat your meeting with your spouse like it's a meeting of the board of directors, Corliss advises. Come armed with all the key numbers jotted down, so you can easily lay out the financial problem you're facing. Bring a list of all your monthly bills, prioritized by importance. And jot down your current income streams, whether that's from unemployment checks, savings accounts or 401(k)s.

The couple should view it “as a business … their business, just like any other business or CEO would look at their cash flow and their finances and resources,” Corliss says.

Do come up with solutions/contingency plans

Part of your money talk should include brainstorming solutions, Sacknoff says: “What are the things we can do?”

A plan of attack, she says, is separating your money issues into three buckets. Find ways to free up cash by, say, walking your dog, instead of paying someone to do this, or putting a gym membership on hold. And when it comes to bigger expenses, discuss a strategy, such as not just writing off losses on an already booked vacation, but instead looking to get a refund or rescheduling the trip. Now's also the time to take advantage of coronavirus-specific relief options, like enhanced unemployment, or government relief checks or loans for small businesses, Sacknoff says.

Most important, she adds, if you haven't lost your job, now's the time to plan for a layoff. “Ask yourself, Could I be at risk? Am I in an industry that is at risk?”

Don't just talk; push hard for solutions, Corliss emphasizes. “Put together a plan and execute on that plan,” he says. And dole out work assignments for each spouse. “Joe, you are going to do this. OK, Sally, this is what you are in charge of,” says Corliss. “And come back after a certain time period and revisit: Here's where we are. People have to stay on top of it."

The longer you wait to fix a financial problem, the worse it gets, Corliss warns. Credit card interest, for example, typically compounds at 16 percent or more. “Just attack [the problem], even though it's uncomfortable,” he says.

Now's not the time to be pointing fingers or yelling, “It's your fault.” Blame can shut down the conversation and puts people on the defensive. It's better to say, “We are in this together due to a virus, not because of me or you. The only way to get through this is to work together.”

Make sure you have a plan to call a time-out if the discussion gets heated. “If things start to escalate, revisit things in 24 hours, when you've had time to cool down,” Sacknoff says.

Remember, Spiro says, this is a “we” problem, not an “I” problem.

"Set financial goals together, and consider implementing ideas, such as agreeing that purchases over a certain limit have to be discussed first,” Spiro says. “Sharing responsibility for day-to-day money management can also help reduce the overall burden and stress associated with it.” 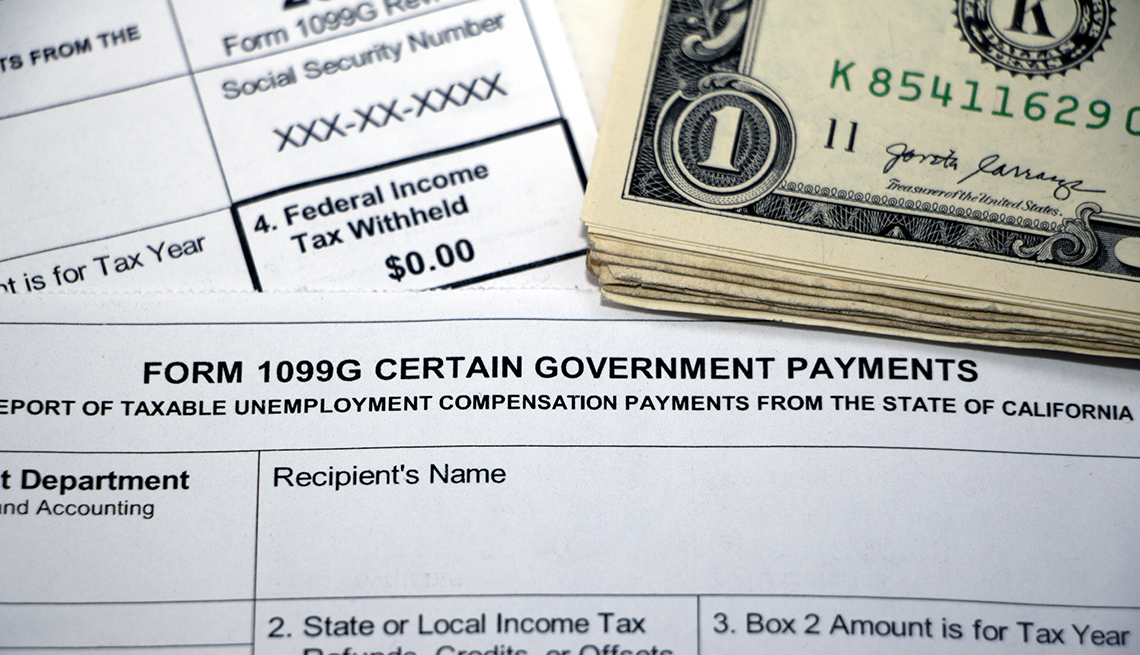 The IRS and most states expect you to pay 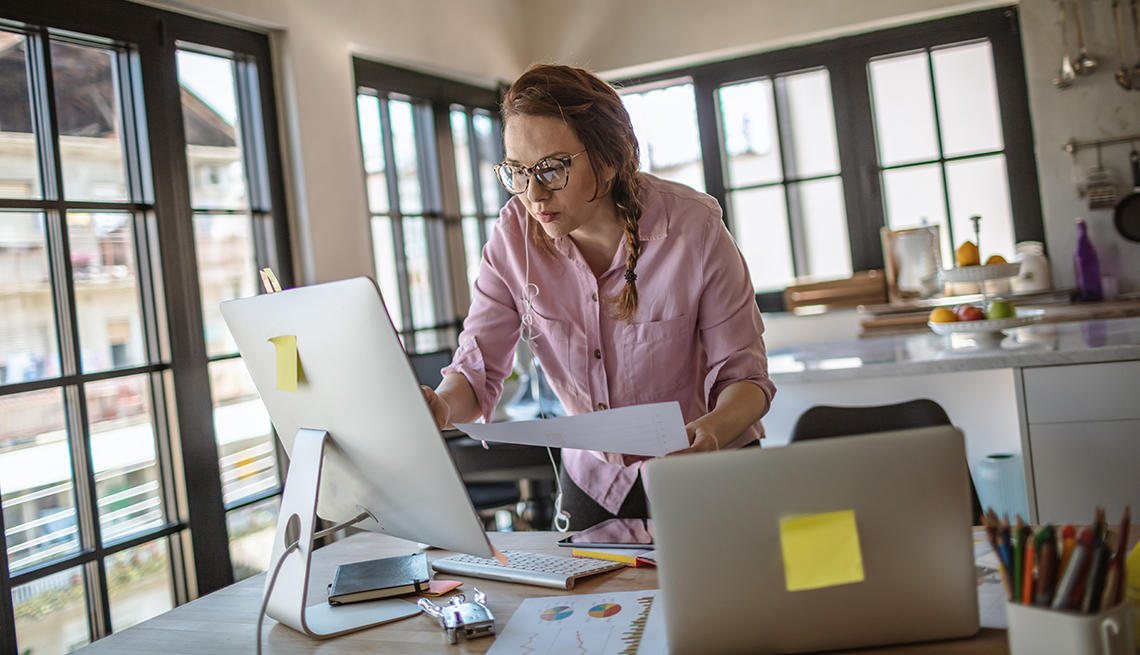 How to Rethink Your Budget For the Pandemic

Start by taking control of your cash flow 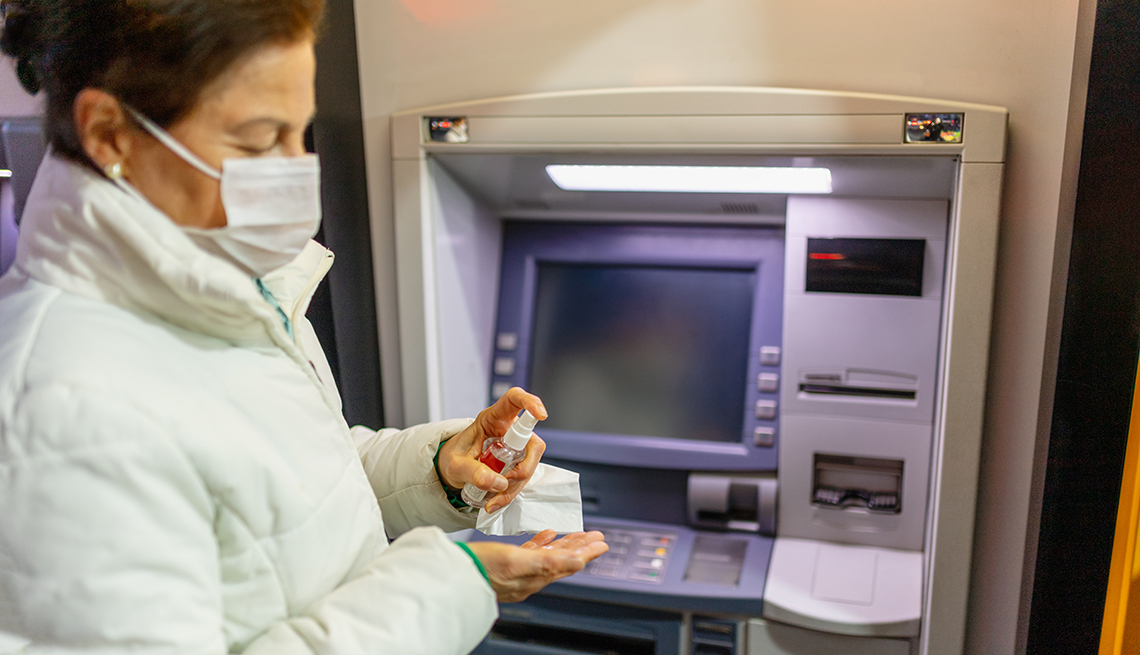 AARP Answers: Your Bank and the Coronavirus