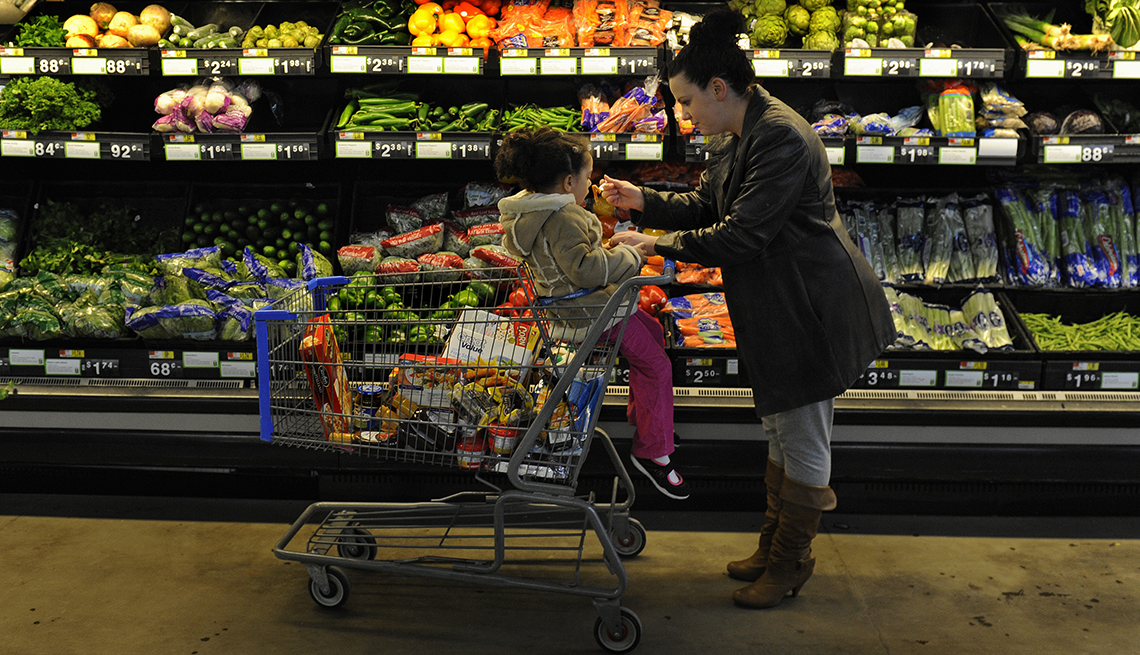 Rebecka Ortiz offers a sample of pasta to her daughter at the store where she was using her food stamps to stock up on goods for her family.

After they were issued food stamp benefits early to avoid a cutoff because of the government shutdown, recipients face a new problem: a longer-than-usual gap between payments. Specifically, the time between the February and March payments could be as much as 50 days, as opposed to the usual 30, according to an analysis from the Center on Budget and Policy Priorities (CBPP).

Because of the recent 35-day partial government shutdown, the U.S. Department of Agriculture (USDA), which runs the food stamp program (the Supplemental Nutrition Assistance Program, or SNAP), had arranged in early January to distribute February benefits by Jan. 20. But under current regulations, the March benefits won’t be available until early in that month.

The CBPP, a Washington-based think tank, estimates that even though overall benefits will not be reduced, some 15 million households — accounting for 30 million people — could have a 40-day wait for food stamps, and for 4 million households, the wait could be seven weeks.

The gap “will cause some households whose budgets already are extremely tight to face heightened difficulties affording food as they await their March benefits,” the CBPP cautions. “In turn, this will place additional strain on the emergency food network and other community resources, which already are stretched.”

Given the gap in delivery of SNAP benefits, the USDA has issued an appeal that recipients budget their use for February. But the CBPP notes that food stamp benefits are often exhausted even before a month ends.