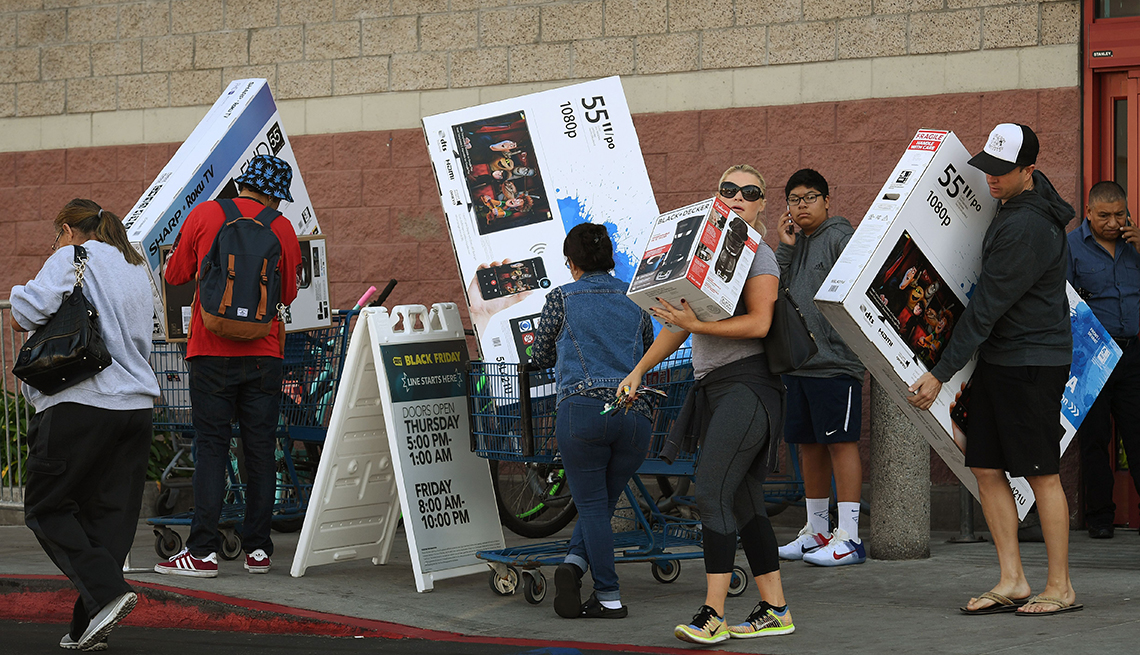 About half of American population is expected to shop Thanksgiving Day through Cyber Monday this year, according to an annual survey by the National Retail Federation (NRF) and Prosper Insight Analytics.

Although the day after Thanksgiving, Black Friday, has long been considered the start of the Christmas shopping season, it's now followed by even more days with their own superlatives to get shoppers to open their wallets.

President Abraham Lincoln, by proclamation, designated Thanksgiving 1863 as the last Thursday in November and subsequent presidents followed suit. But in 1939 retailers cautioned that they would go bankrupt because the holiday shopping season, which by custom did not begin until after Thanksgiving, was too short. President Franklin D. Roosevelt petitioned Congress to make the holiday the fourth Thursday in November, which passed into law in 1941.

Although the phrase Black Friday was seen in print as early as the 1950's, the term didn't become a national reference until the 1980's when retail stores started making large profits (putting them in the black by accounting terms) on the day. Once the 1990's rolled around, stores began opening at midnight to start their sales even earlier.

This year, more than half of consumers started holiday shopping in advance of Black Friday with nearly a quarter of their gifts already purchased.

"Consumers don't wait for Thanksgiving or Black Friday anymore and neither do retailers,” said Phil Rist executive vice president of strategy at Prosper Insight Analytics. “Retailers responded this year by offering promotions earlier than ever, with some rolling out holiday deals even before Halloween."

However, the NRF believes good deals, tradition and the social aspects of spending time with friends and family is what keeps consumers participating in Black Friday.

The total forecasted sales this holiday season will fall between $727.9 and $730.7 billion. The average consumer will spend $1,047.83 on purchases, an increase of 4 percent from last year, the NRF survey says.

Black Friday still reigns as the busiest shopping day with an expected 69 percent of consumers who are considering shopping this year, according to estimates.

To counter the big box retailers who command national advertising and attention, this day encourages consumers to shop at small and local businesses within their community. It first occurred in 2010 thanks to an effort by American Express in partnership with several smaller organizations. The hashtag #SmallBusinessSaturday continues to be used to highlight local retailers. This year, 40 percent of consumers plan to shop on Small Business Saturday, 76 percent of whom will be shopping specifically for small businesses, NRF estimates.

A growing number of shoppers started going online the Monday after Thanksgiving beginning in the early 2000's. It is believed that people took advantage of being back at work where there was faster internet compared to their home computers. This gave rise to the day dedicated to online deals. The phrase, “Cyber Monday” was first coined by the NRF in 2005. The number of dollars spent on this day has continued to grow and in 2015, $2.98 billion was spent on Cyber Monday, surpassing the $2.74 billion spent on that year's Black Friday, according to Fundivo, which provides small business loans.