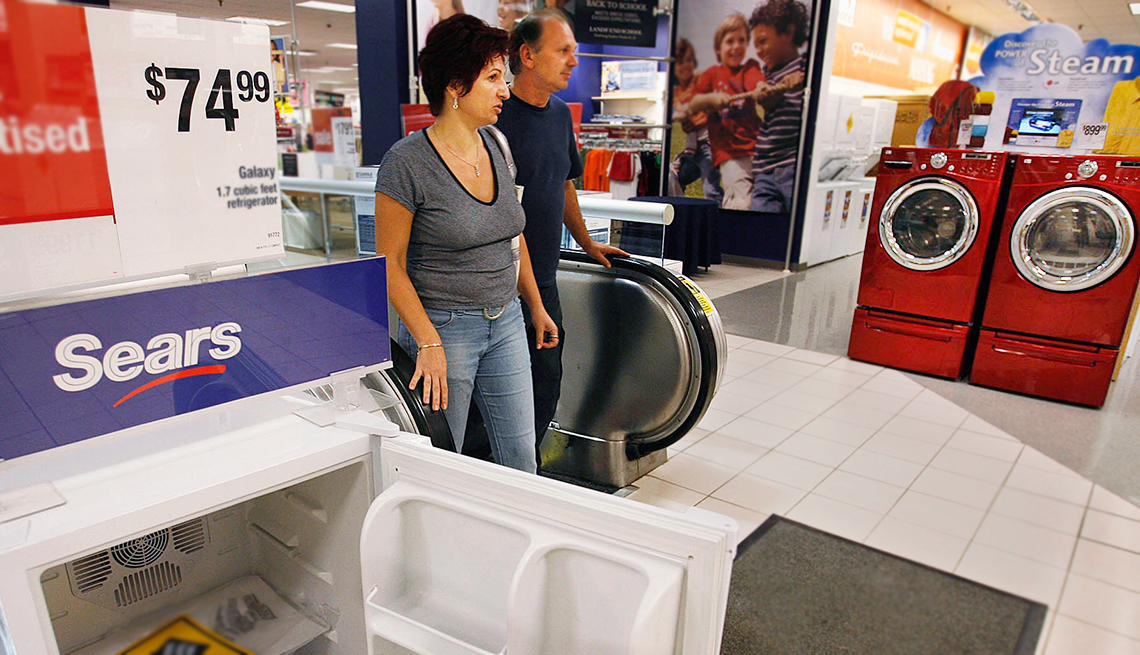 Sears started selling Whirlpool appliances in 1916, but a disagreement over pricing brings an end to the long business relationship.

For many, Sears has always been the place to go when you needed a new washer, dryer, refrigerator or other appliance. Maybe not so much anymore. Sears has announced that it will no longer sell Whirlpool Corp. products after the two companies couldn’t come to terms on pricing.

Sears announced the split — which ends a business relationship that dates back more than 100 years — in an employee memo last week provided to AARP.org. Battered by competition from Amazon and other online retailers, as well as stores like Home Depot, Sears said it had become increasingly difficult to sell Whirlpool appliances at competitive prices.

“Whirlpool has sought to use its dominant position in the marketplace to make demands that would have prohibited us from offering Whirlpool products to our members at a reasonable price,” Sears said in the memo.

Effective immediately, Sears will no longer carry Whirlpool brands as well as products from Whirlpool subsidiaries Maytag, KitchenAid and Jenn-Air. The department-store chain will sell off what remains of its Whirlpool inventory. Howard Riefs, Sears’ director of corporate communications, said there would be no impact on previously purchased appliances and their warranties.

The store told employees to continue selling “with confidence” its Kenmore brand, “a market leader in every major appliance category.

“In addition, we will continue to make available top brands that members expect from us including LG, Samsung, GE, Frigidaire, Electrolux and Bosch,” the memo said.

Sears, Roebuck and Co., founded in 1887, began peddling Whirlpool wringer washers in 1916. At the time, Sears operated only through a mail-order service that catered in large part to America’s vast rural population. Decades later, children everywhere couldn’t wait until Sears’ toy-filled “Wishbook” or “Christmas catalog” arrived in the mail each year, signaling the start of the holiday season.

For some time, Sears has taken steps to turn around its dismal financial results. Earlier this year, the bricks-and-mortar store announced a partnership with Amazon that would allow the online retailer to sell its popular line of Kenmore appliances. Sears also announced in July that it would close another 43 stores in addition to the 265 closings already planned for this fiscal year, as part of an overall restructuring.

The move will leave Sears with 1,140 stores, or scarcely more than half the number operated in 2012.