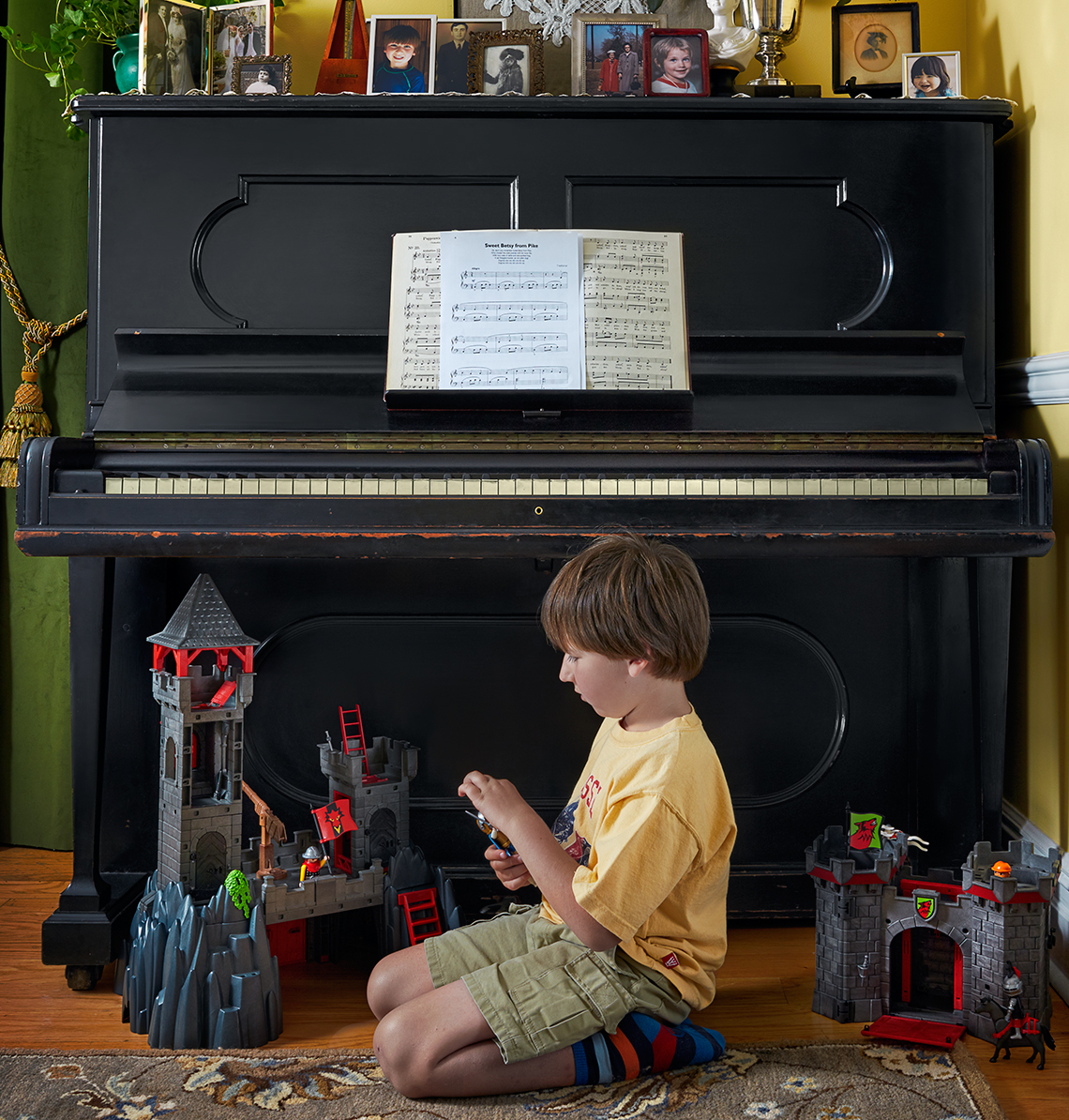 In the early 1960s, my wife’s parents bought a used Steinway piano for their Manhattan apartment. It was black, upright, resonant and of good vintage, having been manufactured in 1890. My wife and her sister took lessons on it as children, but neither grew up to be piano players. Mostly, the piano displayed photos for the next four decades. On occasion, their stepdad would raise the keyboard cover to croon the one song he knew, “Sweet Betsy From Pike.” But otherwise, the piano led a quiet, calm life.

Then the piano migrated to our home. Our two sons took lessons on it, too. When tuners would visit, they would end their work by playing a little Chopin or Bach, no doubt a calculated reminder of what a glorious musical instrument it is — a fact not well revealed by an 8-year-old begrudgingly learning C and A minor chords (or an 80-year-old visitor still singing “Sweet Betsy From Pike”). Once again, neither child became a piano player.

Now it is 2017, the boys are off to college, and my wife and I are moving, so it is time to say goodbye to this too-silent, 400-pound friend. Emotionally, it was a tough decision, but we figured that finding a new home for a vintage Steinway would be easy and provide some solace. How wrong we were. This past summer we joined the legions of Americans singing the old piano blues.

For much of the 20th century, most every self-respecting home in America had a piano. It was the home entertainment system long before the era of electronics; families would play and sing together, or listen to their children’s recitals. The peak year for piano sales was 1909, when Americans bought 364,500 new models. Sales stayed high until the Depression and World War II years, but once the late ’40s arrived, piano sales grew strong and steady again for the next 30 years.

And as more families like ours downsize or move, used pianos have flooded the market. We discovered that no one wanted our Steinway — for any price, including free. We started with music stores that advertised “top dollar” for used pianos. After sending photos and details, we received only declines; one came with a form letter that rang with bitterness. “Pianos often have a substantial amount of emotional value to their owners, so it can be difficult to accept that many pianos do not have meaningful value on the open market,” it told us. Reasons include a “tremendous oversupply” of pianos, less interest in them as a home furnishing, and the availability of “inexpensive, realistic” digital pianos.

The song had gone from major to minor, but we pressed on. None of our friends or relatives wanted it; neither did local churches, schools or charities. Then the song shifted to the saddest of blues. We discovered that the growth area in the business is paying someone to dispose of your old piano. “I’ve seen a boom in the last five years” of people getting rid of their pianos, says Bob Zahtilla at A Thru Z Piano, a company in Cleveland that sells and maintains, but also removes, pianos. He says he handles roughly five piano removals a month. “We tear them down, recycle the metals.”

“We get lots of calls from schools and institutions looking to get rid of their pianos,” adds Mike Ripatti at Beethoven Pianos in New York, another business that sells, services and disposes. They gather old pianos in their warehouse and, once they’ve accumulated a dozen or so, bring them to the dump. Disposal prices vary based on weight of the instrument and how treacherous its path to the truck is. Typical, though, is about $300 for an upright.

But like many a blues song, this piano riff ends with hope. We finally did find a friend who wants our piano, so his young son can learn to play. And while the day of the home piano is passing, “there’s no decline in piano lessons,” says Natalia Huang, who has piano studios in New York, Los Angeles and Connecticut. “Younger students are brought in to promote a love of music and personal development,” Huang says. “Adult students come in for personal growth and stress relief.”

And to be sure, many older pianos have reached their coda. “Sometimes, they’re just ready,” Zahtilla notes. A piano’s life span is typically 50 years; at that point, it needs rebuilding if it is to be played as it was meant to. So the pruning of a century’s worth of neglected home pianos might not be such a bad thing, if we continue to cherish the music.

Still, I’ll miss the old guy. Even in its silence, it has witnessed three generations of our family. Seeing it each day in our living room sparked a music of a different sort — memories of our children, our holidays, our unique family melody.