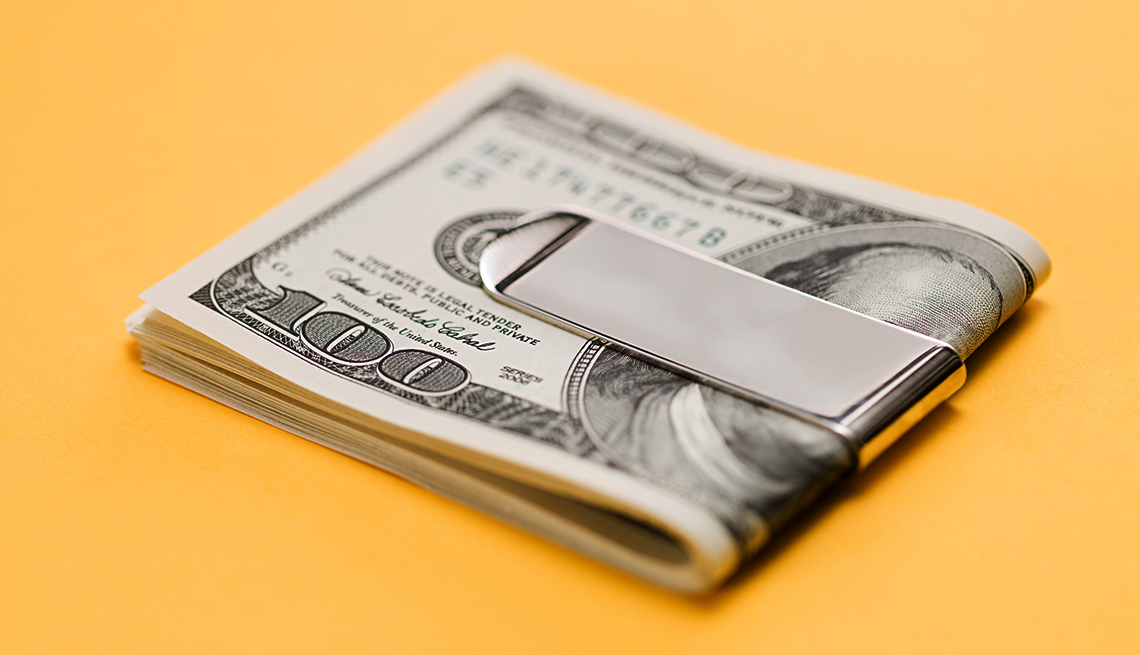 Financial advisers say disciplined spending is more important than whether you pay with cash or credit card.

My father kept a shiny, silver money clip in his pants pocket, and it always was stocked with greenbacks. This is what he considered his “spending money,” which he carefully monitored.

I have no money clip and carry around as little spending money as possible. I rely upon plastic, because once I have cash in my pocket it’s as good as gone.

Financial experts say both approaches can work to control discretionary spending — the funds we use to pay for such nonessential pleasures as a daily latte or occasional dinner out.

In a world where financial products like Apple Pay, Google Wallet and PayPal make it easy to let money slip through our (virtual) fingers, it’s even more critical to devise a system to control how much “fun” money we spend.

The key is to put a cap on it, financial experts say. “When it’s gone, it’s gone,” says Chris Hogan, author of Retire Inspired: It’s Not an Age, It’s a Financial Number.

Where experts differ is in the methods.

Hogan and his wife go to their ATM together biweekly and mutually withdraw the same amount of cash — the total they each will need for the next two weeks. Less important than how much they actually withdraw, he says, is what they do if and when that money runs out. “When it’s done, we’re done until the next pay period.”

In other words, no more meals out, no more movies and no stops at a coffeehouse until the next fortnight. And they keep each other honest.

Hogan says cash is much more “real” to him than a credit card. He can feel, see and even smell that it’s real, so he says he’s more careful with it than with plastic. It doesn’t matter how often you use the ATM, he says, as long as you monitor where it’s going once you have it.

But Eric Tyson, coauthor of Personal Finance After 50 For Dummies, limits his pocket money by making fewer trips to the ATM. “I rarely get cash,” he says. He uses a money machine about once every three months.

Why? Using cash makes that pocket money harder to track than when you use plastic, explains Tyson: “You don’t have a documented record (on your bank statement) at the end of the month that can help you analyze where your spending money went.”

Knowing where it’s going can help you budget your pocket money. We make a plan for expenses ranging from housing payments to grocery bills, so set limits on this category, too, Hogan suggests. This can be particularly hard for those who use spending money on generous gifts for children and grandchildren, he adds. But, he says, “When you think about how much you can afford to spend on nonessentials versus how much you actually should spend, there’s often a big gap.”

Perhaps that’s why, when it comes to getting control, “there is no one-size-fits-all,” says Tyson.

Everyone’s circumstances are different, so financial experts don’t like to recommend specific dollar amounts for spending money or a percentage of income or savings. Tyson says that if you’re working and you are able to save 8 to 10 percent of your income, you’re probably not overspending on the discretionary stuff.

But even if you are financially able to plow through $100 or even $200 per week in spending money, Hogan notes, “that doesn’t mean that you should.”