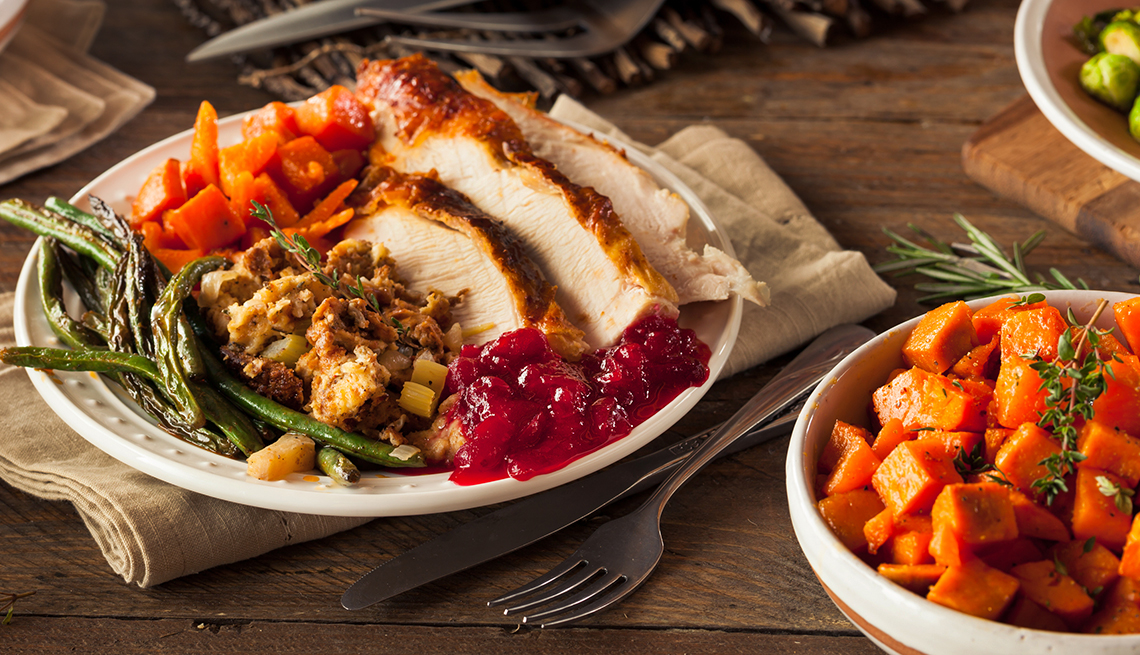 The average price of a Thanksgiving meal for 10 dipped 75 cents from last year.

Your Thanksgiving feast will cost you a little less this year than it did in 2016 — and will carry the lightest grocery bill since 2013 — according to an annual survey by the American Farm Bureau Federation.

The organization estimates the price of the traditional Thanksgiving meal for 10 this year will run $49.12, down 75 cents from last year’s $49.87 tab. The survey is an informal tally of 12 popular Thanksgiving dishes, including stuffing, sweet potatoes, rolls, green peas, cranberries, a veggie tray, pumpkin pie mix and pie shells, whipped cream, milk and, of course, turkey as the main course. The farm bureau has released its Thanksgiving dinner cost estimate every year since 1986, when the price of a meal for 10 would have set you back $28.74. The bill peaked at $50.11 in 2015, but has been trending downward the past two years.

"The last time Thanksgiving was this cheap was 2013," John Newton, the federation's market intelligence director, told CNBC. "The fact you can have that classic meal for under $5 per person says a lot about the U.S. farmer and the harvest they produce every year."

Tracking prices for individual items of holiday fare, turkey saw the biggest year-to-year decline, falling 1.6 percent to less than a dollar per pound. Sweet potatoes, rolls, green peas and pie shells are also cheaper this year, while stuffing, cranberries, whipped cream and pumpkin pie mix trended up in price from the 2016 survey. 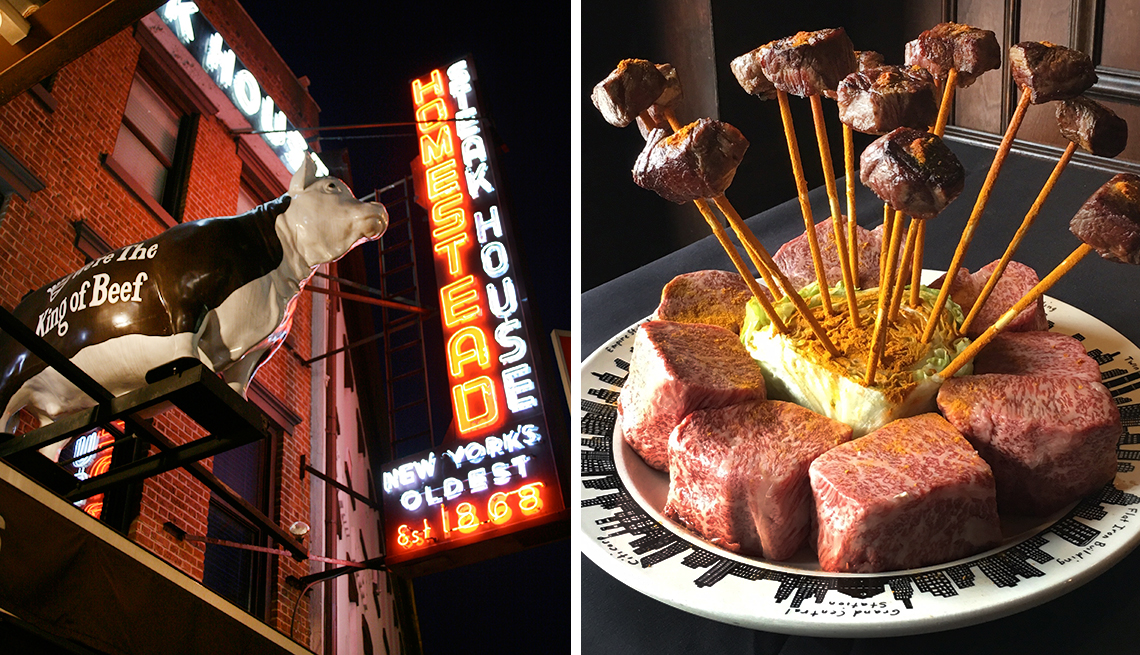 For those not interested in frugality this year, New York City steakhouse the Old Homestead is offering a Thanksgiving feast that costs a cool $76,000 — or 1,500 percent more than the Farm Bureau survey average.

The dinner, according to CNBC, includes “everything from $475-per-pound imported Japanese Wagyu beef lollipops to gravy infused with $3,300 special reserve Pappy Van Winkle bourbon” and a $105-per-pound organic turkey. Side dishes will set you back, too: the mashed potatoes are infused with Swedish moose cheese, priced at $455 per pound.

Of course, for a dinner that absurdly pricey, you might expect more than just food — and you wouldn’t be disappointed. The Old Homestead feast also includes four coveted tickets to Hamilton, limousine service around the city, a two-night stay at a luxury suite at the Mandarin Oriental Hotel overlooking Central Park, a $7,500 Fifth Avenue shopping spree and a Swiss watch from designer Ulysse Nardin that retails for more than $20,000.

"When you spend $76,000 on a Thanksgiving dinner, you're not just buying dinner, you're creating memories," Old Homestead co-owner Marc Sherry told CNBC. “Not only is this a culinary extravaganza, it's a cornucopia of inedible amenities.”