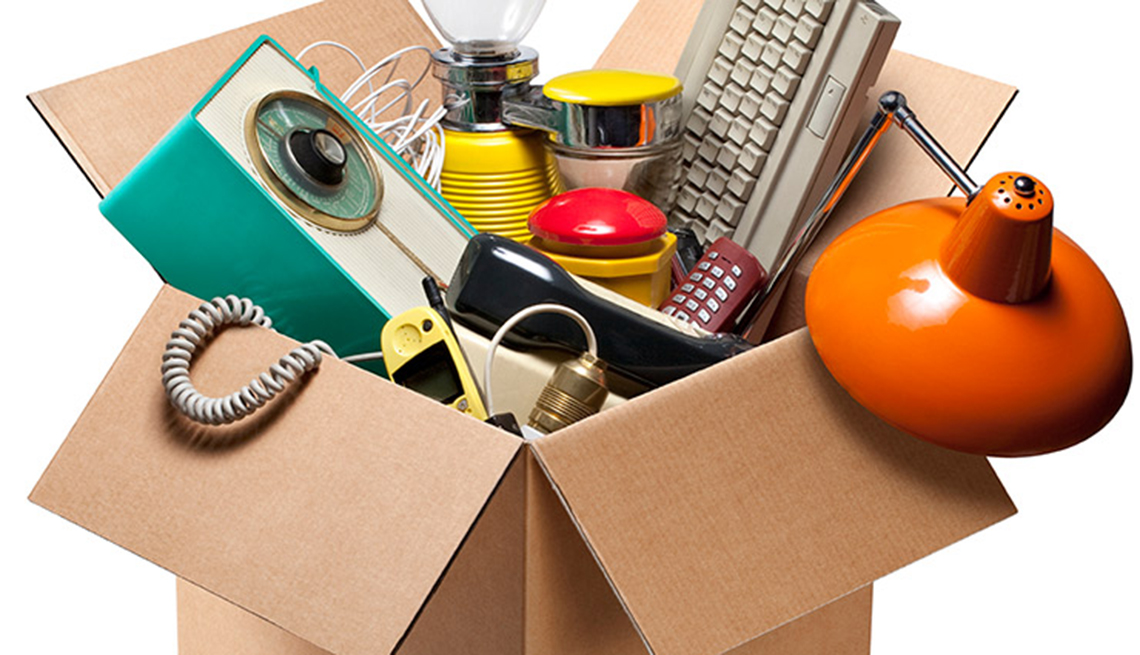 Sellers should have bags and boxes on hand, along with an electrical cord to test items, when selling such goods.

En español | For more than 30 years, my wife and I have started nearly every Saturday, weather permitting, the same way — by visiting yard sales.

Within two hours, we typically cover six to 12 sales in a five-mile radius. Usually, we return home with a few items purchased for pennies on the dollar. Sometimes we snag "can you believe it?" treasures that sell on eBay for more than the prices we paid. And each October — considered by many as the best month for yard sales in most of the U.S. — we hold our own event and average about $400 in sales, some of it by "flipping" our past purchases (selling items we bought at previous yard sales for more than what we paid). Here are our favorite tips for buying and selling on lawns and driveways.

Check Friday's classified ads in newspapers, look on some local TV station websites and browse other local websites and phone apps that post and locate yard sales by ZIP code — many with maps for the travel-conscious. My favorites include gsalr.com, yardsalesearch.com, garagesalestracker.com, weekendtreasure.com, estatesales.org and an invaluable smartphone app called Yard Sale Treasure Map. Some pool listings from Craigslist (a great source for buyers and sellers) and elsewhere. Buyers can also do an online search for "yard sales" or "garage sales" and their ZIP codes.

It's in advertisements — not roadside signs — where sellers should get specific. "Moving" and "estate" sales draw more of a crowd than "yard" or "garage" sales — and also justify higher prices if the inventory lives up to the promise. "Multifamily" is another incentivizing buzzword, so try to enlist neighbors to join in, and hang balloons on mailboxes of participating homes.

In ads, display key items with photos, put a start time and date, and perhaps include nearby intersections. Roadside signs should be simple and easy to read, with "SALE" in large letters, directional arrows, a start time and perhaps an address. At least 24 hours before the sale, try to securely fasten signs and fliers on all corners (telephone poles are best for fliers) to prevent wind damage. Dollar-store poster board in fluorescent colors such as green, orange and pink (and cut in half) are best.

Most yard sale items eventually sell for about 10 percent of their retail value. It's reasonable for sellers to initially price "almost new" items at 50 percent of their retail cost and "slightly used" at 30 to 35 percent. But expect to slash prices even more during the first few hours. By 10 a.m., the morning rush ends, and it's time to discount further, in increments of 20 to 25 percent per hour. By noon, buyers should expect amazing deals on what's left.

Both parties should exchange greetings and small talk — and not smoke. Idling cars are another turnoff, especially when they block traffic.

Sellers should place smaller items on long tables rather than on the ground; put furniture and "better" items closest to the street. You want buyers to linger, and we've found success by playing music and burning incense. A "freebie" table that's well-stocked with kids' toys has proven priceless — parents seem to spend more and bargain less when kids are occupied — along with specific $1, $3 and "Buy One, Get One Free" tables.

Buyers want a deal and are more likely to get it with savvy negotiating. Rather than "I'll give you X," try a more polite "Will you take Y?" Aim for slightly more than half the asking price ($3 for a $5 item, for instance) early on, when selection is best and sellers are least likely to haggle. You'll also get a better deal by bundling several items. But first negotiate for each, and then with arms full, offer a lower "round number" than their total sum — with money in hand. (For example, when bundling $18 worth of items, offer $15 in appropriate bills.)