The 2019 Dangerous by Design report ranks states and metropolitan areas throughout the United States according to how dangerous the roadways are for pedestrians.

Published by Smart Growth America and the National Complete Streets Coalition, with support from AARP, the American Society of Landscape Architects and the consulting firm of Nelson\Nygaard, the report's Pedestrian Danger Index measures how deadly it is for people to walk based on the number of people struck and killed by drivers while walking. 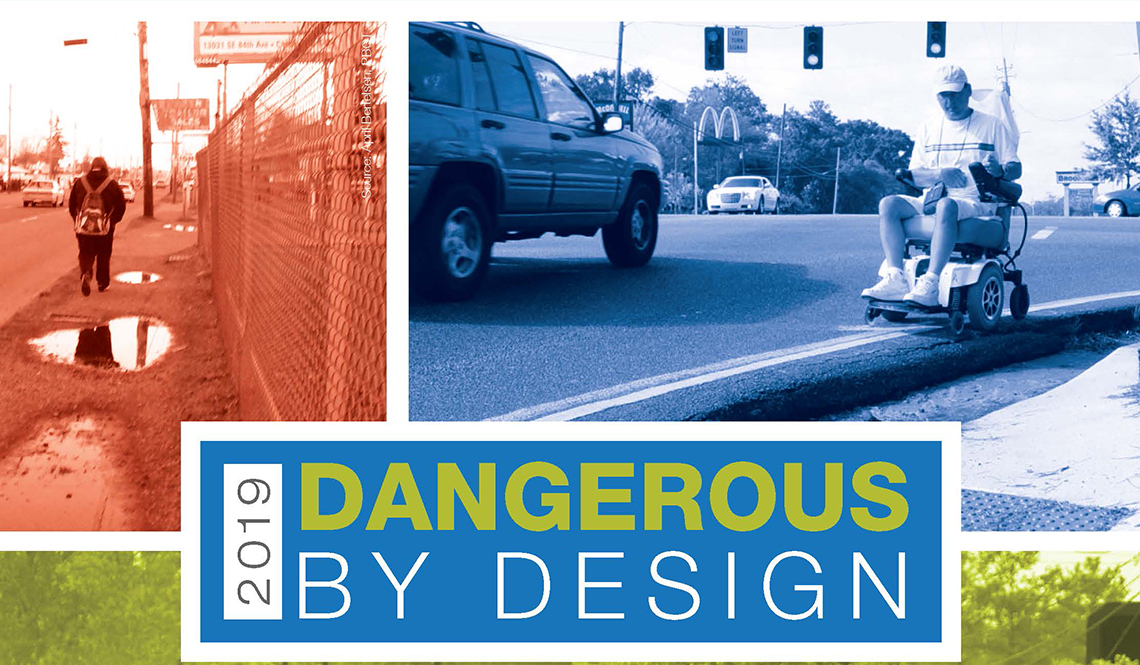 Visit the National Complete Streets Coalition website to download the 2019 Dangerous by Design report and/or a state fact sheet.

(Click the "State reports" tab. Scroll over the page's interactive map and select a state. A pop-up window will provide statistics about the state and a link to a two-page state-specific report.)

Why is this happening? We’re not walking more, and we’re barely driving more than we were back in 2008. What we are doing is continuing to design streets that are dangerous for people.

See some key findings from the report as displayed in the slideshow below. Scroll down for related links, including to the complete report.