Chocolate and vanilla remain favorites, but unusual ingredients are trending 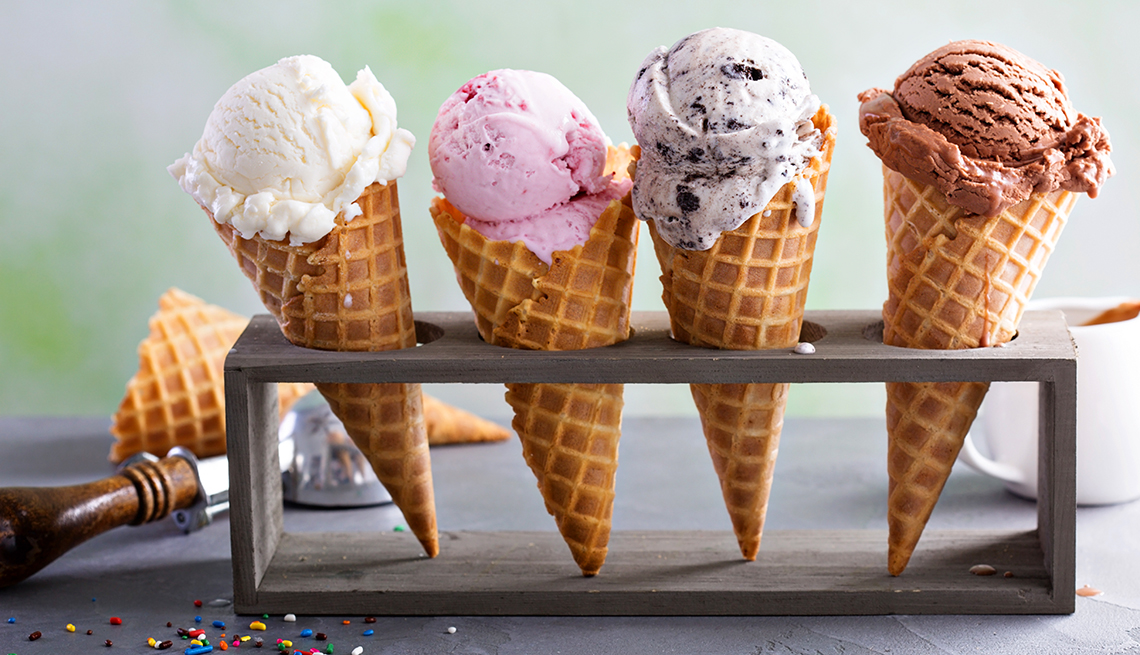 ​It’s hot. There’s a pandemic. And Americans may be turning, in part, to ice cream for comfort.

There’s been a significant increase in ice cream consumption in the past few years, according to the International Dairy Foods Association (IDFA), a trade group of dairy producers. The average American eats about 22 pounds of ice cream every year and consumers want more.

“We saw retail sales of ice cream during the pandemic really explode,” says Matt Herrick, senior vice president of public affairs and communications at IDFA. Sales have spiked 30 to 40 percent since the start of the pandemic, Herrick says.

The Ice Cream Index, a study of consumer preferences and trends by market research firm Top Data, recently found a 29 percent increase in online ice cream purchases this year compared with last year. That may be due, in part, to increased use of online ordering of groceries. A recent Adobe Digital Economic Index report found a jump in online grocery sales at the start of the pandemic, with continued growth since then. ​T﻿hat demand for ice cream is why U.S. ice cream makers churn out more than 1.3 billion gallons of ice cream a year, according to the IDFA. ﻿ 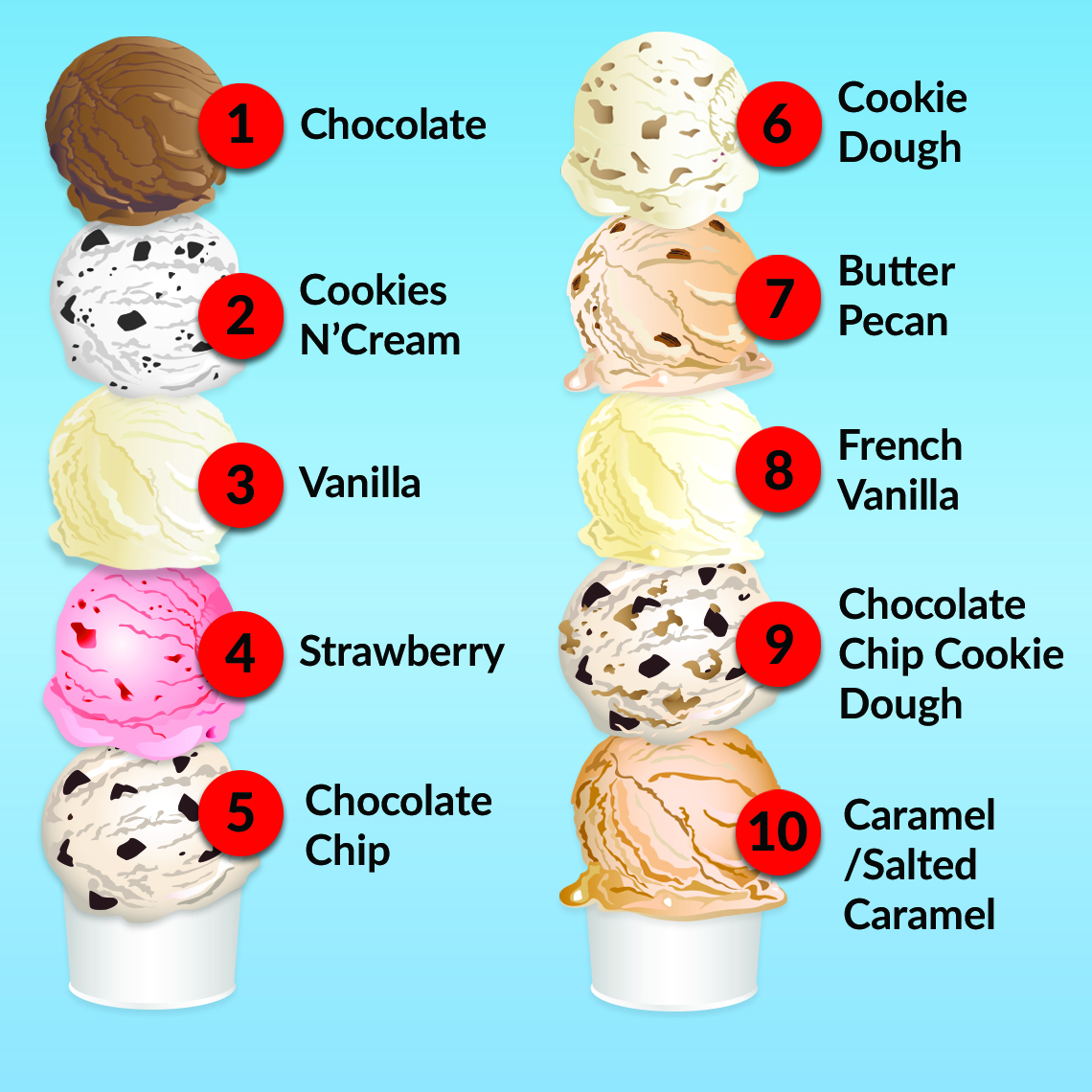 ​The first frozen sweet milk dessert was created for the emperors of the Tang dynasty who ruled China from 618 to 907 A.D., according to food blogger Tori Avey author of The History Kitchen blog. They mixed milk and flour and flavored it with camphor. A treat similar to ice cream popped up later in Italy and England, but ice cream really took off in the 1600s when a Paris cafe offered a cold treat using a recipe that blended milk, cream, butter and eggs, according to the IDFA.

Today, classic flavors still reign supreme: Chocolate, Cookies N’Cream, vanilla, strawberry and chocolate chip are currently America’s five favorite flavors, according to the IDFA. However, newer flavor profiles like salted caramel are creeping up the list. Flavors that include heat or spice, like chili and turmeric, or incorporate cinnamon or cardamom, or include liquor are all gaining in popularity. “We see different flavors and ingredients from around the world” being incorporated, Herrick says.

Specialty ice cream companies like Ben & Jerry’s, Blue Bell, Jeni’s, or Häagen-Dazs often find their customers are looking for something a bit more interesting than the traditional.

“Tonight Dough, both ice cream and non-dairy, are in the top 10 right now,” she says. “Strawberry Cheesecake has grown substantially in popularity over the last year, too.”

​What accounts for changing preferences?

“Ice cream trends are driven by many of the same influences as many other foods and desserts,” says Russel Lilly, general manager, North American ice cream at Unilever, which owns Breyers, Magnum, Talenti, Klondike and Ben & Jerry’s. “Demographic shifts can create new ice cream flavor preferences, along with trends in health and sustainability.”

The company often looks to chefs and restaurants to spot cutting-edge trends that could inspire new flavors, Lilly says.

The IDFA has another take on evolving tastes. “People’s palates are changing, because the fabric of the country’s changing,” Herrick says. “Ice cream is being made with more umami flavors now and flavors that are big in Southeast Asian food, and spices from India.”

Trying to stay ahead of those trends is a bit of a guessing game for brands, since it takes a year or two to take an ice cream flavor from an idea to store shelves. It’s not guaranteed to work either.

Some flavor combinations that seem like they would be hits just don’t catch on: for example, Ben & Jerry’s take on the classic peanut butter and jelly sandwich. “In concept it has components that you would think would work really well in ice cream but it just didn’t come together for us,” Fidler says. The flavor is now featured in the company’s “Flavor Graveyard.”

The folks at Breyers have a similar story, with a twist ending. “About 10 years ago, Breyers released a dulce de leche flavor that surprisingly did not do very well,” Lilly says. But when the company relaunched the flavor with a new formula in 2022, it was a huge success. So timing counts, Lilly notes.

How do companies know when consumers are in the mood for new flavors? “We regularly monitor our social channels, as well as food and dessert trends to make sure we are bringing our fans the new flavors they crave,” Lilly says. The company also works with flavor house vendors, whose job is to create the tastes that consumers will want.

Currently there is growing interest in plant-based ice cream, which is made using a base of almond, soy, cashew, coconut or, for the brave, pea milk. According to a 2022 report from ResearchAndMarkets.com, the global vegan ice cream market was valued at $592.8 million in 2021. That growth is predicted to continue, with the report estimating vegan ice cream will be an $833 million market by 2027.

Ben & Jerry’s already offers a wide variety of plant-based options, and across its other brands like Breyers, Magnum and Talenti, Unilever is shifting to offer more non-dairy options. They are also focusing on mini versions of their classics for people looking to balance health with just a little treat, and combining trends with options like the vegan mini Magnum bar.

Over at Ben & Jerry’s, the company is also testing some new flavors that may appeal to those with less of a sweet tooth. “We’re seeing a lot of savory flavors in traditionally sweet applications, as well as a desire for nostalgic flavors,” Fidler says. “While people still love the classics, we are seeing more interest in trying new and unexpected combinations.”

For a hint of what those unexpected combinations could be, look to the competitors in IDFA’s annual Innovative Ice Cream Flavor Competition, where featured flavors include buttered cornbread, blue jasmine tea, mango-carrot licuado, and peanut butter miso cookie. Whatever the future of ice cream holds, it sounds downright delicious.​ 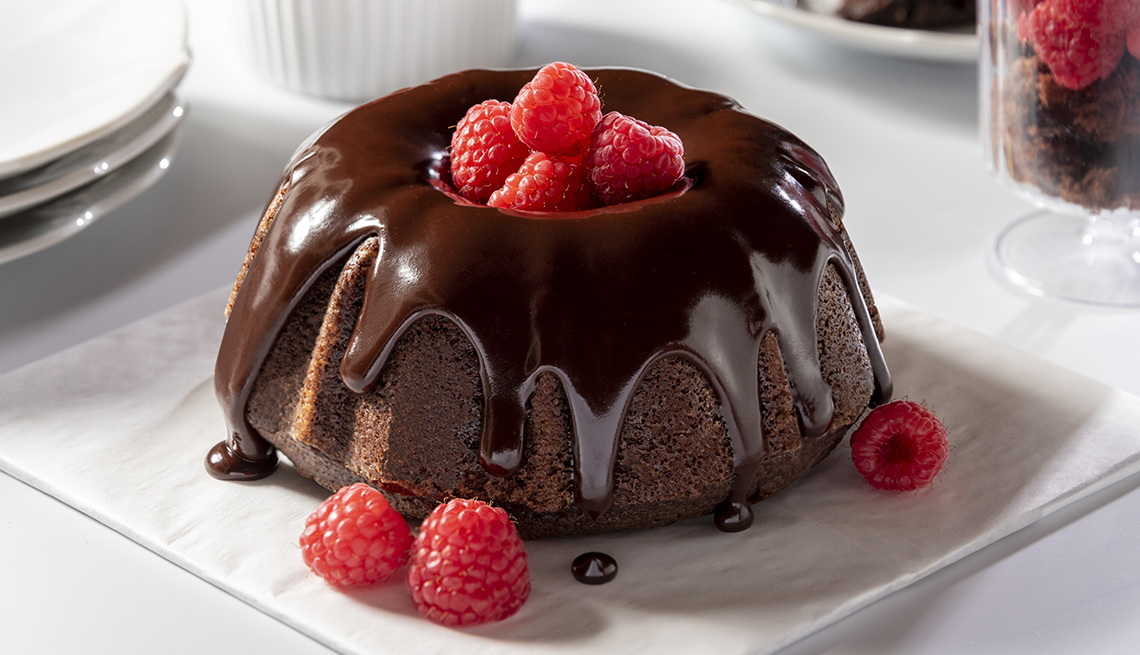 These creative hole-in-the-middle desserts are crowd-pleasers 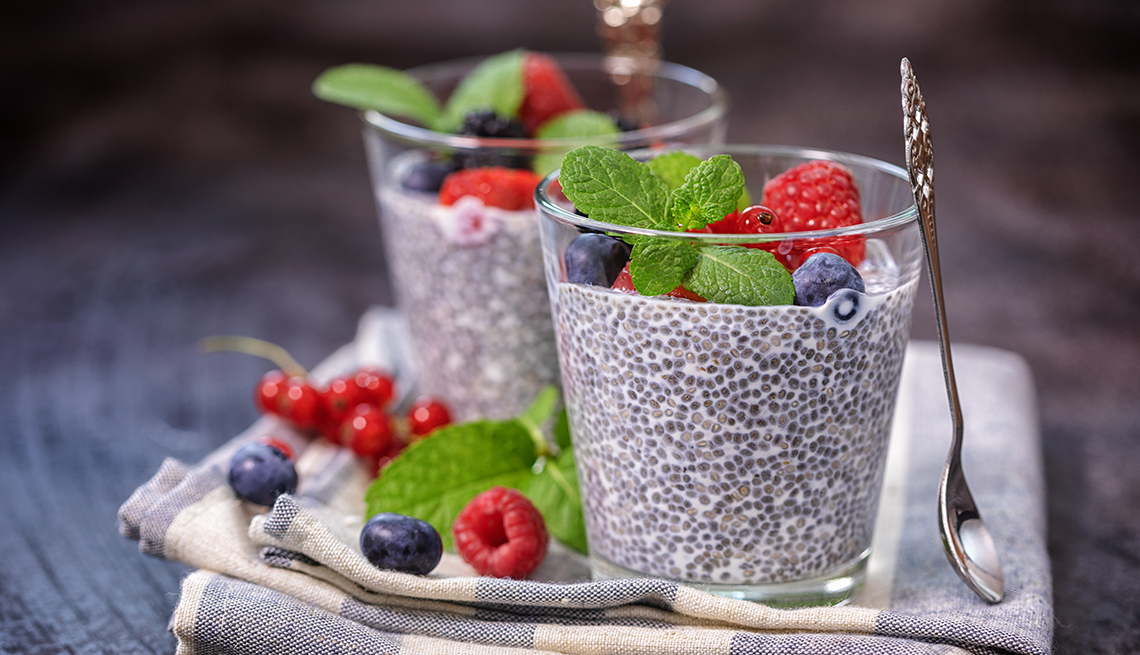 Desserts for People With Diabetes

From chocolate to chia pudding, which treats to try — and when to eat them — if you’re watching your blood sugar 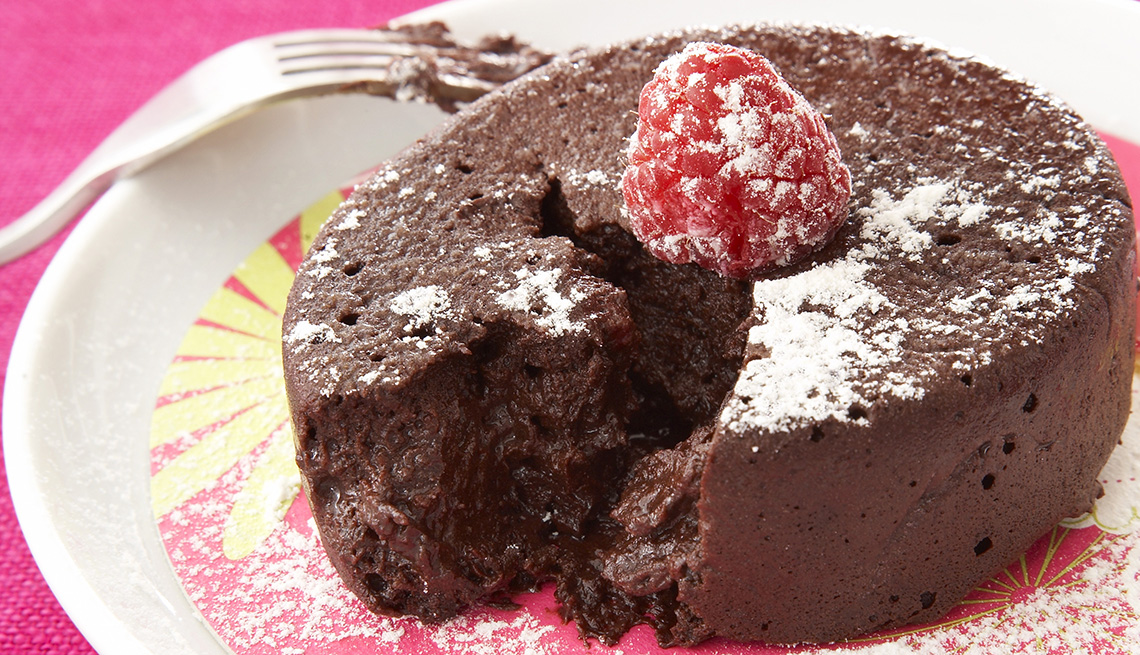 What to Bake Now