5 Things That Are Hard to Get Right Now (and Why) 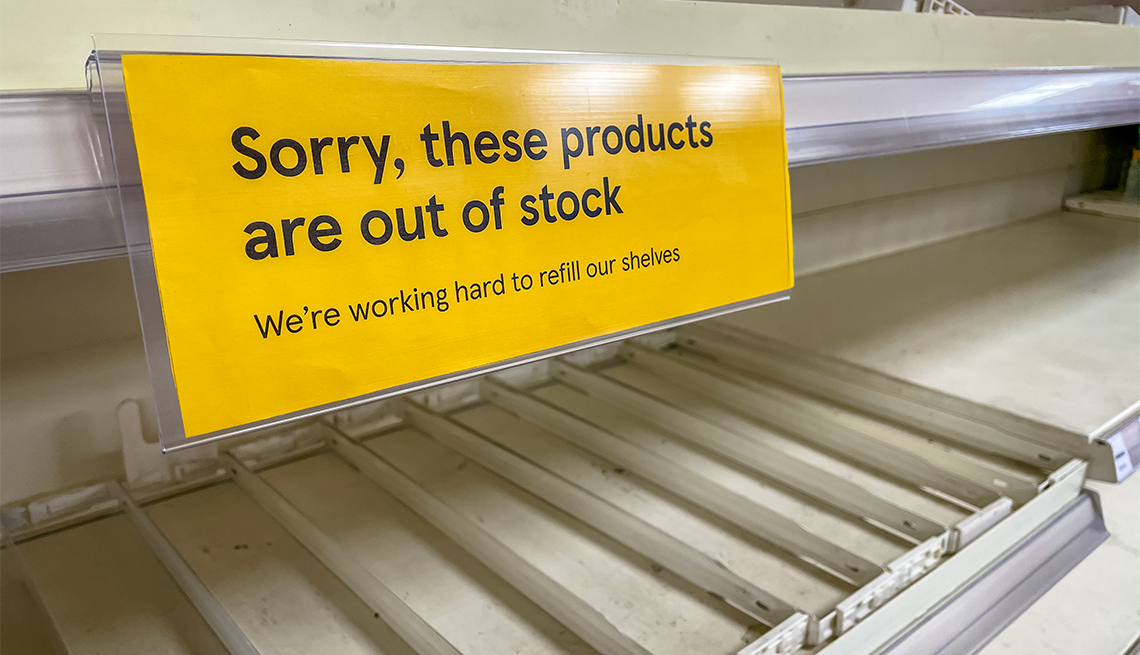 At grocery stores, some shelves are empty. On construction sites, products are on back order with waiting times that may range from weeks to months. And recalls are making additional items scarce.

Persistent supply chain issues and inflation are causing some things American shoppers buy to become more expensive and harder to find. The Bureau of Labor Statistics reported that in the year ending in March, food prices rose 8.8 percent, which is the largest one-year increase since 1981.

Here’s a look at some of the items that are most difficult to find right now:

A massive bird flu wave has infected almost 27 million chickens across the United States, forcing farmers to destroy all infected and exposed birds to stop the spread of the virus. Egg-producing chickens have been hit especially hard by the avian influenza virus, which caused egg prices to skyrocket.

Data from the U.S. Department of Agriculture shows that egg prices nearly tripled over the last five months, moving from around $1 a dozen in November to approximately $2.95 in recent weeks.

According to Consumer Price Index data, eggs prices were up 11.4 percent in February compared to a year earlier.

“Egg farmers are working with each other and with customers to minimize any supply disruptions and quickly resolve them,” says Marc Dresner, director of integrated communications at the American Egg Board. Dresner says the current avian outbreak is less severe than the last major one, which struck U.S. chickens in 2015.

Egg prices continue to rise with little reprieve in sight. Twenty-seven states have detected the virus, which has infected about 6 percent of the nation’s egg-laying hens, according to Dresner.

Consumers of many prescription drugs are experiencing shortages just as critical medical supplies have also become more difficult to find.

The Food and Drug Administration reports that approximately 120 drugs are in short supply. The list includes hydrocortisone tablets, heparin – a blood thinner – and some forms of lidocaine.

In March, the American Society of Health-System Pharmacists conducted a survey of 345 pharmacists about shortages. More than 99 percent of respondents reported being affected by shortages of critical drugs, and 7 percent reported instances of a drug shortage causing at least temporary patient harm.

The pandemic has highlighted the urgency of preventing drug shortages. In March, the National Academies of Sciences, Engineering, and Medicine published a report, “Building Resilience into the Nation’s Medical Product Supply Chains,” which advocates for improvements to manufacturing processes.

The FDA is also working on a program to assess and rate the quality of facilities manufacturing drug products and active pharmaceutical ingredients in hopes of increasing supply chain transparency and increasing medicine availability.

Datasembly, a firm that tracks product pricing and supplies, found that approximately 31 percent of baby formula products were out of stock nationwide in the first week of April. That number has increased steadily since the beginning of 2022, according to an analysis of more than 11,000 stores.

“Baby formula is seeing dramatic volatility due to inflation, supply chain shortages, and product recalls,” Datasembly CEO Ben Reich said in a statement to AARP. “It has become one of the most affected categories so far in 2022 and unfortunately, we expect to continue to see higher than average out-of-stock levels.”

Some companies are putting limits on the amount of formula each customer can buy. Walgreens is permitting customers to purchase three containers of infant formula per transaction, according to a spokesperson, and Target and CVS have also begun enforcing similar restrictions.

Americans looking to build homes may have trouble finding one key accessory: garage doors. This could be a big problem, since new home construction increased 6.8 percent in February, up 22 percent from a year ago, according to Census Bureau data.

The surge in home building has affected garage door inventory, causing prices to double or even triple in the last year, delaying shipments and the delivery of doors, according to The New York Times.

“What I’ve been told is that they don’t have people to load the trucks,” Tanis says. “There’s just not additional labor to be found.”

Surging demand for new housing has compounded the labor shortage, causing headaches for homeowners and the construction industry.

In some parts of the United States, new homes must have a garage door to pass building inspections. Shortages have left homeowners in limbo, but Tanis says customers are becoming more aware of new supply chain norms and long waits. “As this cycle has continued on, they’ve become more cognizant of it and accepting that we’re doing everything that we can,” he says.

Many shoppers have struggled to buy new cars over the last two years due to semiconductor chip shortages, and those problems show no signs of abating.

Car manufacturers canceled orders for many auto parts in March 2020, but when demand skyrocketed later that year, automakers struggled to find semiconductor suppliers who could provide them with the chips that are needed to produce many electronic features in cars, according to Jessica Caldwell, the executive director of insights at Edmunds, a firm that tracks the auto industry.

Chips are still in short supply, forcing car companies to resort to drastic action to keep up with demand. At least a dozen automotive brands including BMW, Ford and Mercedez-Benz have chosen to deliver new vehicles that are missing high-tech components, such as touchscreens, certain climate controls and park assist technology. The companies elected to delete the components rather than stop production of certain models.

The chip shortage has caused a huge increase in demand for used cars, which are experiencing record high prices due to lowered supply levels. The average price of a used car is currently $29,594, according to data from Edmunds.

“There’s just so much demand and I think it’s trickling down because people are kind of getting priced out of new cars,” Caldwell says. “It’s something that we have never really seen.”

Best Bargains in May

8 Things to Avoid Buying in Bulk Even in a Pandemic

Consider shelf life and how much you can use