5 Things You Need to Know When You Leave the Military

The transition is tough, but your service skills are key 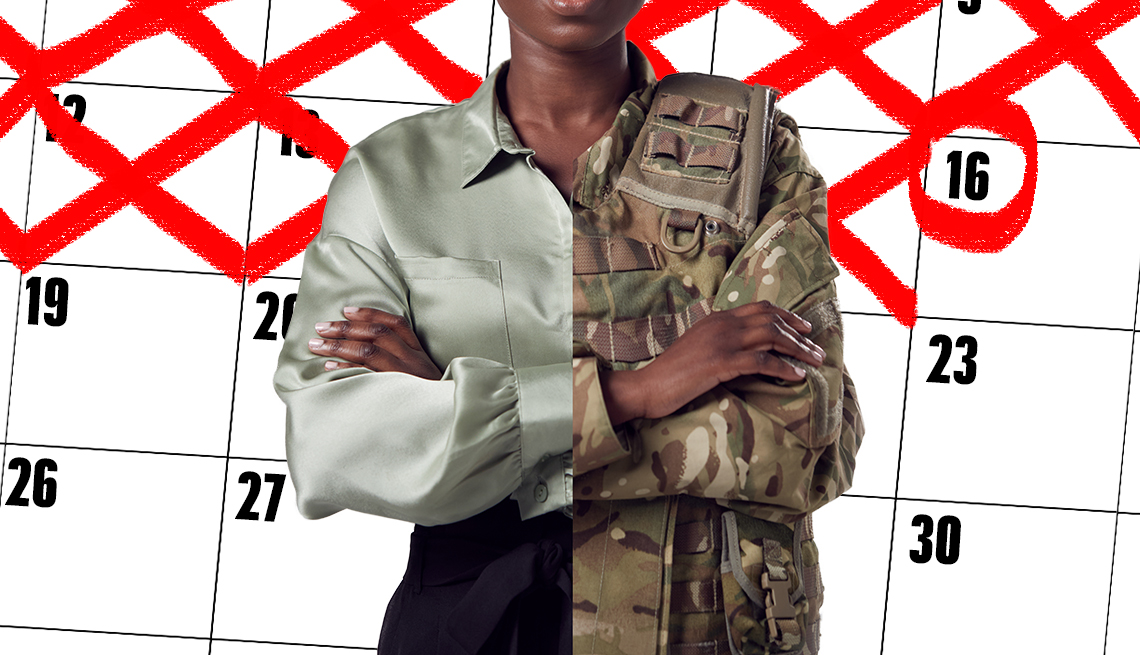 When I met my husband, over three decades ago, he was just beginning his military service as a Marine second lieutenant.

Three years later, moments after the ring was placed on my left hand, some well-meaning chap asked me if I was sure I could handle being a military wife.

This year, seated next to my husband at his retirement ceremony, after three decades of service, it was clear, as I looked across the parade deck, surrounded by friends from across the globe, that being married to someone in the military was worth it. Countless ups and downs, 10 deployments, 10 moves and two kids had shown that I could, in fact, handle it.

But after the dust settled from the festivities, I found myself caught off guard by what leaving the military actually means. Here are the issues you may have to confront and some tips that may help.

Weeks before my husband’s official retirement, we attended a Hail and Farewell celebration at the home of his commanding officer.

On that warm June evening, people from his unit gathered and shared what each of the outgoing service members had meant to them. As I digested the heartfelt stories, I was struck by the bonds this unit shared. I knew this was unique to being part of a military family. But even this foresight couldn’t prepare me for what it would feel like to no longer be an active part of that unit. There was a sense of loss attached to no longer belonging to the “club.”

Tip: Recognize there is an emotional shift when your family’s status changes from active duty to retired. It is OK to mourn this transition.

We were a couple who had lived most of our adult lives being on the receiving end of orders, living from duty station to duty station, so the newfound flexibility retirement enabled was foreign. Dropping anchor in a location of our choice while evaluating future job options was an unexpected, daunting component of retirement.

While we were active on our military journey, there were times we longed to put down roots, but when the day to do so finally arrived, it felt surprisingly overwhelming.

Tip: The new status quo requires long discussions and much introspection. Recognize that you need to develop skills you may have had little opportunity to work on throughout your time as a military couple.

For many veterans,  transitioning from being part of a tight-knit team to working for a civilian company in a remote setting can be extremely challenging.  They may have questions like: Where do I belong? How do I learn a new work culture? What do I wear? What is my calling if I’m no longer serving?

Tip: Questions like these must be followed by a much-needed personal inventory. It’s important to understand that it may take time and exploration to discover what comes next, as well as flexibility and openness to the possibilities.

Retirement challenges veterans to do the internal work necessary to discover their identity as an individual — discover who they are without the uniform.

Tip: Reach out to fellow veterans for guidance and support, and tap services provided for transitioning from active duty to civilian life, to make this process go more smoothly.​​

This new identity can create a shift in the dynamic for military couples. A spouse needs to discover new ways to support their veteran. It is challenging to find one’s way through this new normal, and it takes time, patience and a lot of grace.

Tip: A session with a couples counselor can provide the support needed to develop the tools to manage this process. Communication and the skills to be practical and adaptable that you learned in the military are essential.

Ultimately, our experience as a military couple provided us with the resilience needed to navigate these unexpected aspects of our new life.

Valli Gideons is a writer, speaker, wife and mother of two teenagers. She is the author of two books: Through the Fog: Navigating life’s challenges while raising kids with hearing loss, and a children’s book co-written with her daughter, Now Hear This: Harper soars with her Magic Ears. Details of her work can be found at www.mybattlecall.com. Her husband, Chris Gideons, retired as a Colonel in 2021 and is now Director of Strategic Initiative Programs at Alorica.

Americans Are ‘Disconnected From Our Defenders’

The Shot Plunged My Life Into Darkness. Now I Can See the Light

A Marine reflects on his long journey through war and trauma

How to outwit fraudsters who target you and your family

6 Million Steps: Why This Veteran Is Walking Across America

Kenny Mintz is getting to know the nation, whose burden he carried in combat