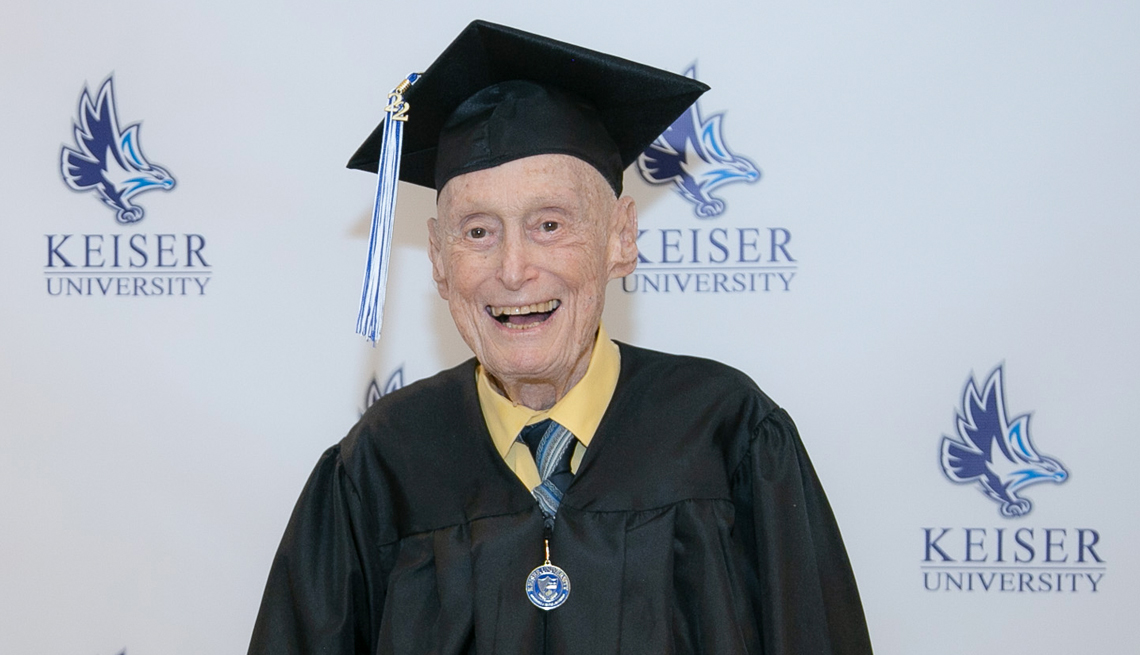 He first enrolled in college in 1946 but never earned his degree. Instead, he enlisted in the Air National Guard and soon after was activated to serve in the Air Force. He received an honorable discharge in 1953.

Despite having a successful career after the mili﻿tary, for decades Blum was reminded that his education concluded at the high school level every time he had to fill out job applications and other forms﻿. The nagging feeling never went away and finally prompted him to go back to college to get his bachelor’s degree more than 70 years later.

While he acknowledges that getting a degree in your 90s is “unusual,” he didn’t dwell on his age very much.

“My family thinks this was the greatest thing since mashed potatoes,” Blum said about his accomplishment. “But I did not start this for anyone but me.”

Learning in a modern world

Because all of his classes were online, Blum had to ramp up his technology skills quickly. He credits his wife, Connie, for helping him learn programs like PowerPoint, Excel, Word and Outlook, which he said was the hardest part of his undergraduate studies.

“I could have never done this if it weren’t for the fact that my wife helped me with the computer. She’s a computer guru,” Blum said. “I would have to yell, Connie, very often during the daytime and she’d have to come in and help me correct the computer.”

Despite the learning curve, he said an unexpected benefit of taking classes online was that his instructors were from all over the country, including a doctor from Syracuse University and a superior court judge in San Diego.

“I think that I had instructors that were as good as anybody who goes to Harvard,” he said. “These people, they knew what they were doing and that made it a lot easier on the class.”

By the end of his term, Blum accumulated a 3.43 GPA and a Bachelor of Science degree in interdisciplinary studies. After spending some time in the hospital and bonding with a nursing student﻿, he also endowed a scholarship for Keiser University’s nursing program, recognizing the nursing shortage nationwide. 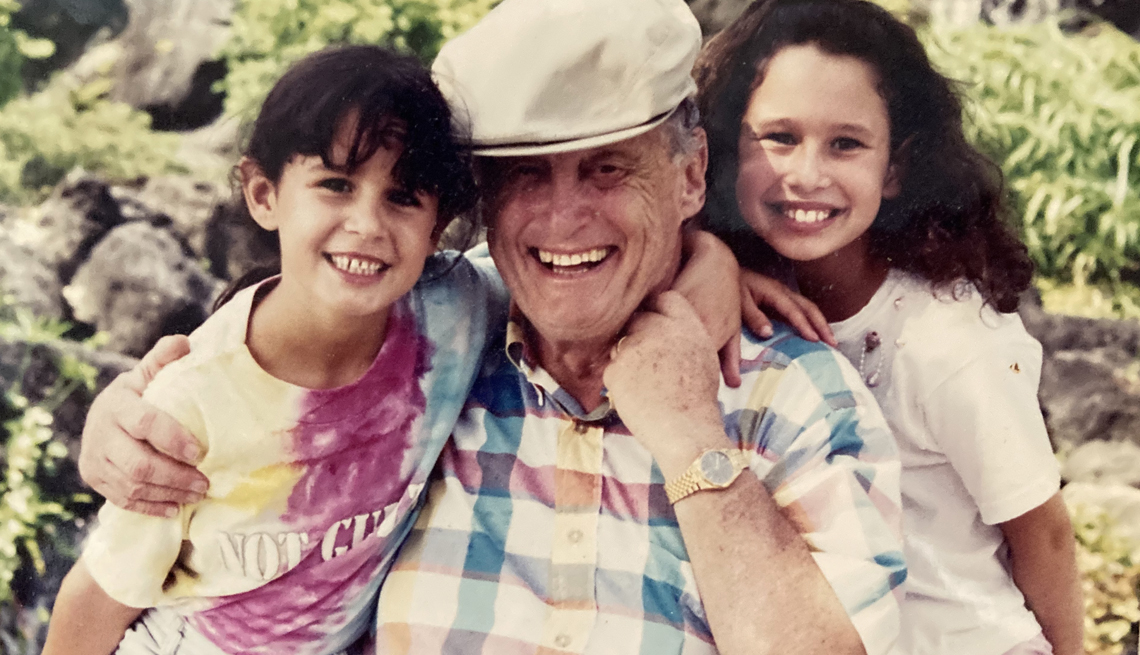 Bob Blum with his granddaughters
Courtesy of Randi Kashi

Blum credits playing bridge for keeping his brain active. When he retired in 1971, he began playing in bridge tournaments and reached the rank of Diamond Life Master, one of the highest you can receive.

“It’s a very highly skilled game. And you have a partner, which makes it even tougher because if you screw up, your partner is going to give you a look you really don’t want to see,” ﻿he said, noting that Bill Gates and Warren Buffett are active bridge players. “So, I played tournament bridge and traveled all over the country for quite a while.”

As a result, Blum recommends that everyone follow their interests during retirement.“If you retire, you can’t go out and play golf every day. You’ve got to have something, mentally, that interests you,” he said. “You want to go to cooking school. That’s great. Something that you really have enjoyed as an avocation early in your life. And that, to me, is the best thing.”

As far as physical activity goes, Blum advocates exercising through all stages of life.

“It does not have to be strenuous. You could walk on the treadmill slowly. You don’t have to run; you're not trying to set records. All you’re trying to do is to live properly.”

He continued, “The last thing is, and this is as important as anything else: Every day you get up it’s a new day. Stand in front of the bathroom mirror, give yourself a big smile, make a fist and say, ‘Yes! I’m here for another day.’”﻿

Meet One of the First Female F-14 Fighter Pilots

Carey Lohrenz, 53, faced scrutiny and turned it into power.

Why ﻿a Japanese American Vet Paved ﻿Her Own Path

Navy Capt. Macri says she was a military triple threat

After 12 years in the Army, Peter Scott﻿ has a new mission﻿: growing food for military families