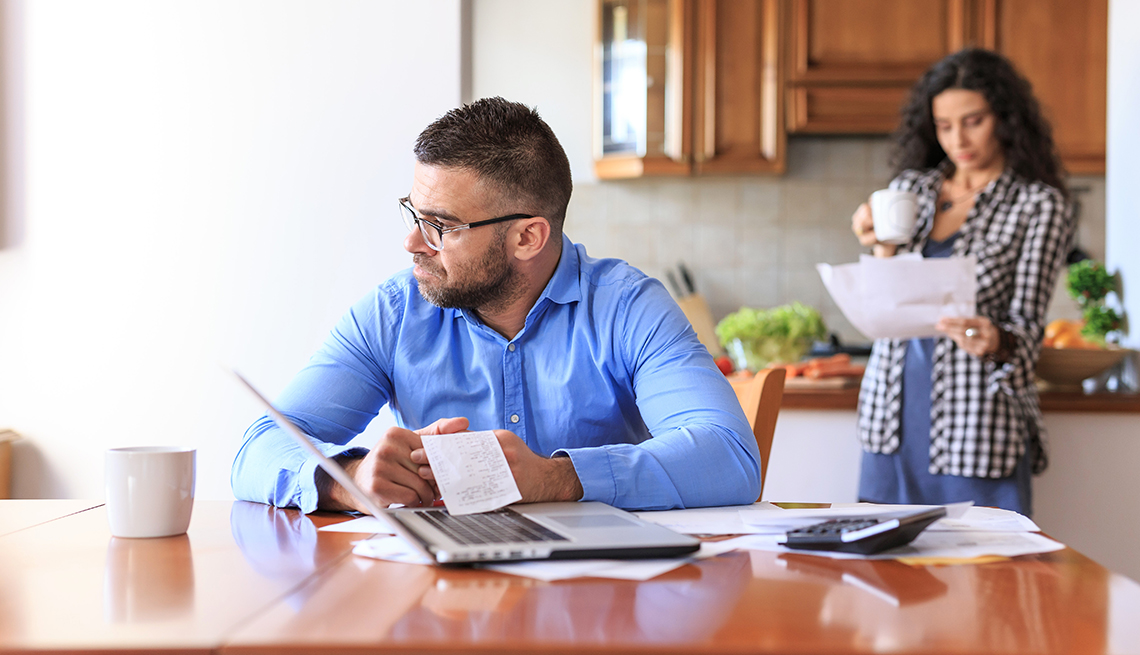 Financial issues rank among the most stressful lifestyle concerns for active-duty service members, veterans and their families, according to a nationwide survey.

The 2018 “Military Family Lifestyle Survey” marked the first time financial issues were seen as the greatest cause of stress. The report says respondents have “higher expectations of dual incomes being vitally important to their family’s well-being, especially among younger generations, regardless of service member rank.”

More than 6,000 people, including active-duty service members, veterans and family members, completed the ninth annual survey conducted last spring by Blue Star Families, a not-for-profit organization that helps military and veteran families connect to their communities, and by the Institute for Veterans and Military Families at Syracuse University.

Financial stress connected to military service is cited more than any other military-family issue by veteran spouses (54 percent) and military spouses (49 percent), as well as by veterans (44 percent). Among active-duty members, it ranks just below the stress of relocation.

The report notes a sharp decline in the percentage of young adults who have a direct connection to a family member who has served. It says an all-volunteer force has meant “a decreased understanding of military service and sacrifice within the broader American society.” Only 18 percent of respondents believe the public truly understands the sacrifices they make.

“Just as civilian families want dual incomes, so do actively serving families,” Hurwitz says. “They’re typically moving every two to three years. Having to reinvent yourself every time you move and find child care creates stress.”

Among active-duty families planning to leave the service within two years, more than half have less than $5,000 in savings for an emergency.

Military spouse employment is cited as a top family issue of concern by 45 percent of active-duty military spouses, exceeded only by the amount of time spent away from family (51 percent).

The report identifies emotional as well as financial challenges. It finds almost half of military family respondents do not feel a sense of belonging to their local civilian community (48 percent) or their local military community (43 percent). Military family respondents point to jobs for military spouses as the best remedy for experiencing a sense of belonging to the civilian community.

For a substantial percentage of veterans, transitioning out of service has proven painful. Forty-seven percent of veteran family respondents say their overall transition to civilian life was “difficult” or “very difficult.” The same percentage of veterans say they lacked a sense of purpose when they left military service. The leading suggestion for smoothing that transition was having a strong support network.

Two-thirds (67 percent) of the veterans surveyed say their civilian job did not match the skills and qualifications they had when they left military service.

A large gap in responses along gender lines highlighted the disproportionate challenges many female service members face. While 51 percent of survey respondents would recommend military service to their sons, only 39 percent would give the same advice to their daughters. Respondents cited the need to end sexual assault, harassment and sexism in the military and to offer a better work-life balance and improved quality of life.

The full survey results are available at bluestarfam.org/survey.